Over the past month there has been a push and pull in how the media presents stories that raise issues of sexism or gender discrimination.

A tendency to shift from central issues of sexism to focusing on something broader has been evident: reports of an incident involving Nigella Lawson, threats made to Caroline Criado-Perez and other female journalists, the gender gap in employment and pay, and the Tracy Connelly murder all showed a tension between reporting on gender issues or selecting a different focus.

This tension was perhaps less obvious in relation to the new statistics that showed women in the workplace still earn less than men, but was certainly present. Mostly, the data was reported as unambiguously reflecting a cultural issue of sexism. Susie O’Brien wrote in the Herald Sun that ‘Australia has one of the most sexist job markets in the world’, citing recent Australian Council of Trade Union research.

On ABC News Radio, Tony Eastley hosted a discussion with Martin Cuddihy and Ged Kearney based on the same data, which labelled the pay gap ‘cultural quicksand’, with Eastley calling it ‘unfair and discriminatory.’ The issue was discussed on Triple J, and covered by New.com.au as well as other media. Conversely, Kathryn Cooper implied that perhaps women were also responsible, writing for The Australian about research from the London School of Economics. She stated that women today are rejecting the previous generations’ feminism, putting children before their careers, and “failing to make progress on closing the pay gap.”

Online abuse – the medium or the message? 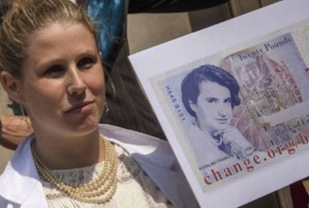 The focal shift away from gender issues was more obvious in the media coverage of threats made to Caroline Criado-Perez via Twitter.

Threats and abuse, including rape threats were made following Criado-Perez ‘s successful campaign to have Jane Austin on a new Bank of England banknote. Lucy Battersby, in The Age and the Queanbeyan Age, first quoted two of the threats made to Criado-Perez and then discussed how this issue became something wider, as Twitter received criticism for how it responded to the threats. Battersby’s article highlights Attorney-General, Mark Dreyfus’s assurance that Australian online bullying laws were adequate for such situations, and she concluded by discussing Twitter’s reporting and anti-abuse policy as potentially insufficient.

SBS World News reported on bomb threats made to female journalists via Twitter, interviewing Tony Wang, General Manager of Twitter UK, who explained that Twitter was acting to make it easier to report abuse. Although the focus was more specifically on Internet security and Twitter’s polices, they interviewed Kavita Krishnan, a women’s rights campaigner, who explained that she had experienced rape threats online, and that she thought it was a global problem of patriarchy. SBS’s text online focused on Twitter’s policies and concluded with the arrest of two British men in relation to the threats made to Criado-Perez.

A similar, albeit shorter, report looking at the bomb threats and Twitter’s response appeared in the Herald Sun on 1 August. On 4 AugustABC News covered the same story, highlighting that Twitter had apologised and were putting in place the abuse reporting processes. As the story continues in the media it moves more away from the gender issue that was its initial focus. 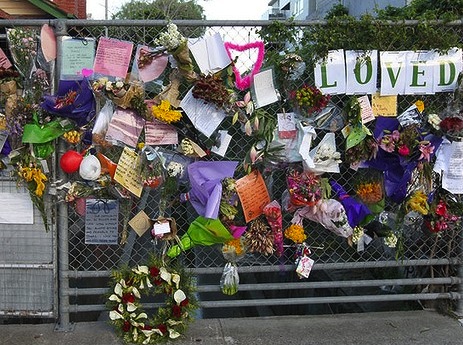 Initial reporting on the murder of Tracy Connelly drew criticism from within the media itself, perhaps indicating an internal conflict or sensitivity to how gender issues are presented.

On 23 July Nino Bucci and Jared Lynch reported on the Tracy Connelly murder in The Age, ‘St Kilda Prostitute Brutally Murdered.’ Initial coverage of this story created a backlash: News.com.au published an article by Isabelle Oderberg, comparing this case with the Jill Meagher murder, noting that the public outcry in the Connelly case was not what it should have been. Oderberg explained the perceived differences in a sentence: ‘because she was a prostitute and a heroin addict.’ The Age published a moving opinion piece by Wendy Squires about the Tracy Connelly murder, pointing out that ‘the dead woman isn’t headline news’ and that she deserved to be seen not as a prostitute, but as a woman and an innocent victim.

One month prior, The Age, published an intimate article by Wendy Squires, condemning domestic violence in response to the recent photo of Nigella Lawson being choked by her husband, Charles Saatchi. There was a shift in focus here also, moving from focusing on domestic violence and women to focusing on their divorce.

Sam Marsden’s article, for The Sydney Morning Herald,focused on the divorce (initiated by Saatchi because Lawson had not defended him ‘after the row’). He mentioned the photo, briefly commenting that ‘[t]he photographs provoked criticism from campaigners against domestic violence.’

News.com.au focused on Saatchi’s initiation of the divorce and quoted his regret and love for Lawson. The article noted that Lawson did not immediately comment and described her as ‘a multi-millionaire cookery writer and TV presenter’, and said that ‘[d]ubbed ‘the domestic goddess’, she is famed for her flirtatious approach to cooking.’ Sarrah Le Marquand commented on 11 July in The Telegraph that what some had referred to as Lawson’s ‘dignified silence’ was a ‘cop-out’. She argued that Saatchi had tried to paint himself the victim in a situation in which Lawson was the victim and that Lawson, as a powerful public figure has a responsibility to women ‘to speak up and denounce violence and bullying.’

There is obvious tension in the media about how such stories are to be reported and where the main issues lie. This perhaps indicates that in the background, slowly building momentum, there is an increased awareness of women’s rights and gender equality. Even if gender equality is not the main issue in stories where it could be, it is heartening to see its ever constant presence in the media, as this may reflect that people generally are thinking more deeply on gender issues.