Within a few hours of arriving in Beirut I notice the migrant domestic workers, all of Asian and African descent, walking along the street, as upper class Lebanese drive by in expensive sports cars. As I walk around the upscale neighbourhood of Achrafieh, I encounter a woman of Asian heritage with a black eye walking a French bulldog. Later, I spot a Lebanese man aggressively dragging a brown-skinned woman by the wrist. He catches my eye and sneers. Suddenly, I become hyper-aware of both my ethnicity and the racial violence in this deeply divided city.

My South Asian heritage made my six-week stay in Lebanon a deeply uncomfortable experience because of a system of modern day slavery called ‘Kafala’. The Kafala system regulates the arrival and stay of migrant domestic workers across the Middle East.  According to the International Labour Organisation, an estimated 250,000 migrant domestic workers live in Lebanon. Most are women and arrive from South Asian and African countries, such as Sri Lanka, the Philippines, Ethiopia and Bangladesh.

The Lebanese slang word for housemaid is “Sri Lankiye”, which signifies the entrenched racism that exists as a result of Kafala. I was constantly stared at in cafes and restaurants, as though people were confused by how a “Sri Lankiye” could afford to occupy space delineated for middle class Lebanese. A man on a bus insisted I was an African migrant even when I said I was an Australian tourist. Another man aggressively yelled “Where are you from?” in Arabic as I walked down the street.  Most chillingly, a policeman followed me home one day because he assumed I was a domestic worker who had run away without her papers.

Other non-Caucasian tourists told me of similar experiences. A French friend of mixed heritage had two people refuse to ride in a shared taxi with her because they assumed she was a Filipino maid.  She was also told that her eyes were too small and her skin too dark to be ‘really French’. 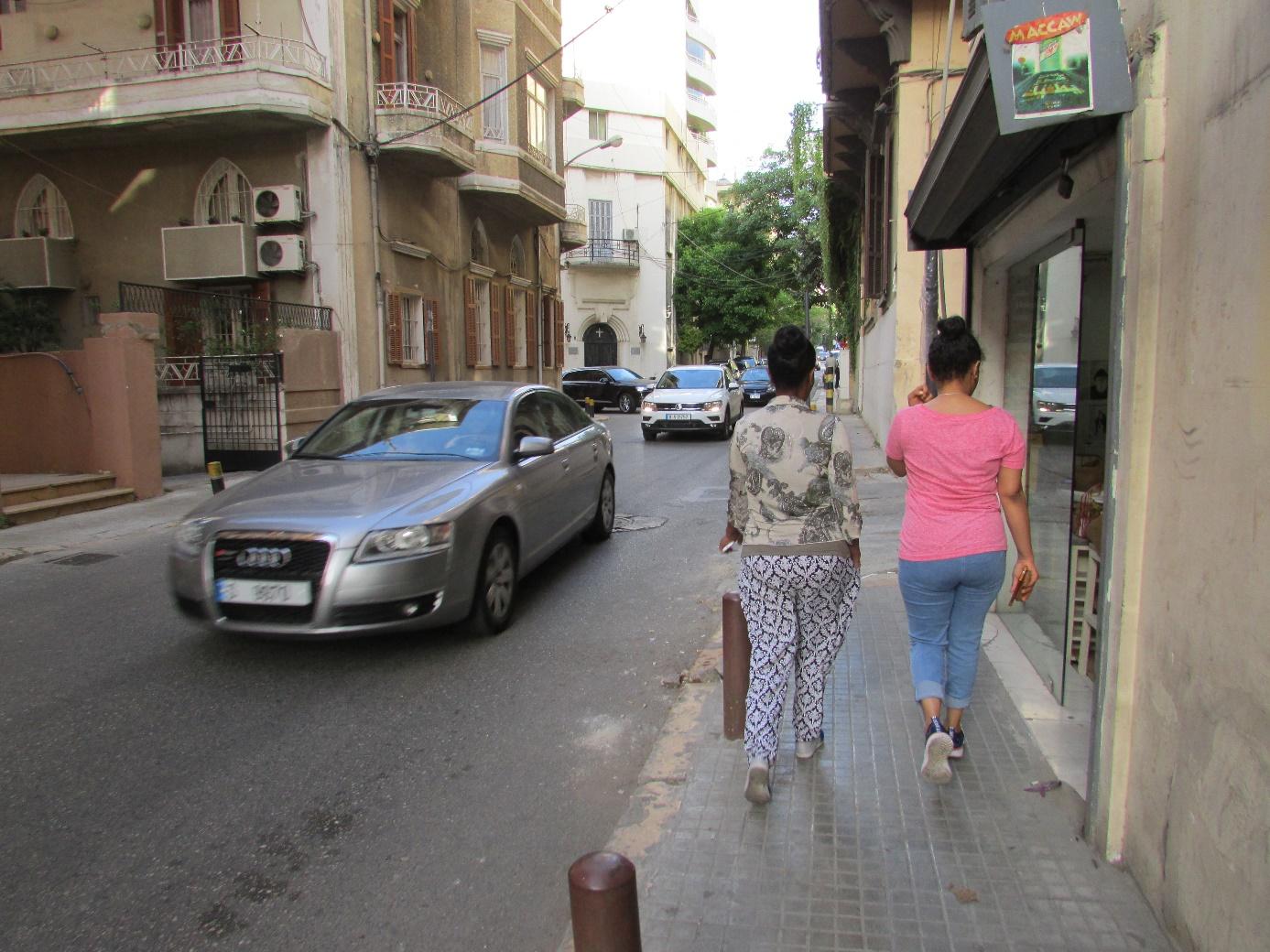 Migrant domestic workers and sports cars on the streets of Beirut

A 2019 Amnesty International report “Their Home is My Prison” found that domestic workers in Lebanon face extreme working hours, a lack of rest days, severe restrictions on freedom of movement and communication, food deprivation, verbal and psychological abuse and physical violence. Some workers have their wages withheld for months or years. Human Rights Watch have also claimed that a domestic worker commits suicide every week.

According to the Amnesty report, all migrant, domestic workers have their residency status in Lebanon tied to the consent of their specific employer under the Kafala contract. They are unable to resign, change jobs or return home without their employers’ permission. They will often have their passports held by their employers to ensure their inability to leave.  They are also excluded from the protections under the Lebanese labour law, such as standardised working hours and minimum wage.

My visit to the Lebanese General Security office to extend my tourist visa confirmed the reality of the Kafala system. Domestic workers will only be granted permits if they have a de-facto owner to claim them.  Well-dressed Lebanese women, or ‘Madams’ as they are called, sit in the waiting room beside their domestic workers, who are waiting for residency permits. They are all young women of colour.

I am later informed that domestic workers of certain ethnicities are considered more prestigious than others and are worth more accordingly. Women from the Philippines, for example, are the most highly prized because their skin is lighter than the women from Ethiopia or South Asia.

The structural racism towards domestic workers is  also entrenched in Lebanese societal attitudes. An Al-Jazeera report on the perception of domestic workers in Lebanese society, found 27 per cent of survey participants considered them “unclean”, 36 per cent considered them “stupid” and 51 per cent considered them “untrustworthy”. Many of the city’s beach clubs are racially segregated and in 2018  a two year old toddler of Sudanese heritage was expelled from a kindergarten after parents threatened to remove their children if a “black kid” was enrolled.

In an attempt to understand the counter-movement to abolish the Kafala system, I contacted an anti-racism, activist  group called This is Lebanon. The group is founded by a former migrant worker, now based in Canada, who aims to assist those still trapped in dangerous situations in Lebanon.

After an initial conversation, the group administrator asked me if I would be willing to assist with “cases” brought against any Lebanese-Australian dual nationals. Soon after, I was informed about an Australian citizen who sexually harassed two Ethiopian women and attempted to coerce them into performing sexual acts. A flurry of messages followed. “We have obtained his name and address. Could you please let me know if he has breached any Australian law and if so, what we might do about it”.

This is Lebanon have come under fire for using these “name and shame” tactics to force abusive employers to give domestic workers their basic rights. However, it is difficult to judge these tactics when there is no proper redress for victims who exist outside of the rule of law. I asked the group how difficult it was to obtain justice using ordinary legal mechanisms, such as reporting to the police or filing a case in the Lebanese Courts. They told me they had never seen or heard of it happening.

Political inertia and a host of other social and economic problems in Lebanon makes reform of the Kafala system unlikely in the immediate future. But groups such as This is Lebanon are continuing to shed light on a cruel system and are driven by the hope of change:

“Our hearts fill with hope when we see people moved into action in the face of these injustices. In the words of Martin Luther King Jr., “Freedom is never voluntarily given by the oppressor; it must be demanded by the oppressed.” Supporters around the globe raising their voices and demanding change is what gives us hope. That being said, this is going to be a very long process.”