It’s been over three months since Rodrigo Duterte was installed as president of the Philippines. Social Weather Stations puts his national net satisfaction rating at a positive 64 per cent, despite the United Nations, the United States and Amnesty International raising concerns over his reported human-rights violations: the extrajudicial killings of suspected drug criminals by government-condoned death squads. Meanwhile, Duterte’s supporters celebrate his cutthroat quick fixes – locals are even dobbing on fellow citizens as part of this “war on drugs”.

Outside the Philippines, Duterte is sometimes called the “Donald Trump of the East”, but that comparison isn’t entirely accurate. Whereas Trump’s campaign thrives on fear of immigration and change, Duterte has predicated his tenure on eradicating crime – a worthy cause, albeit one he’s accomplishing through questionable means.

Politics academic Lisandro Claudio points out that Duterte’s schtick is anti-establishmentarianism: he’s the first president from Mindanao – the country’s Muslim-majority southern island – and thus embodies a challenge to a status quo heavily characterised by corruption. The appeal of his anti-establishment position is unsurprising. The past few presidents have been members of the intellectual, upper-middle-class elite; the two most recent are offspring of former presidents, and one of them, Gloria Macapagal Arroyo, was even a classmate of Bill Clinton’s at Georgetown University. 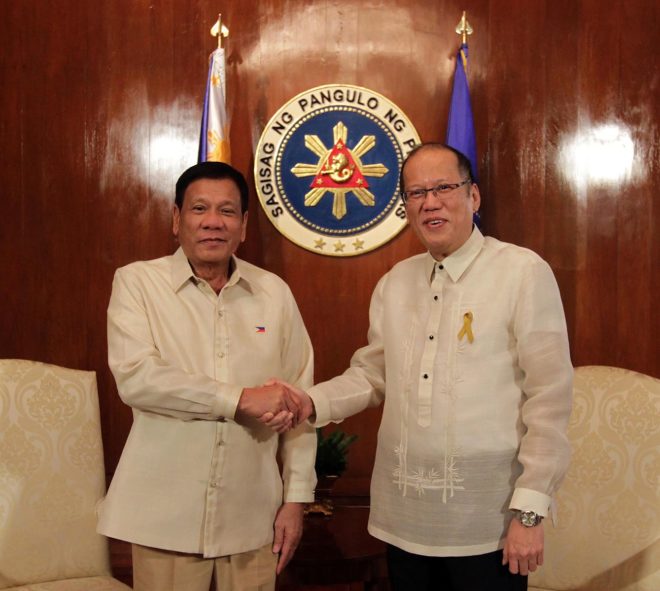 Arguably, it’s this maverick position that further emboldens Duterte. Like the misogynist Trump, Duterte has deployed disrespectful comments about women (including jokes about an Australian nun who was raped and murdered in the Philippines in 1989). On top of this, he has publicly insulted other world leaders, threatened to sever diplomatic ties with the US and “humiliate” the UN and European Union, and compared his anti-drug campaign to the Holocaust.

Duterte does have a proven track record of combating crime: he previously “cleaned up” Davao, where he served as mayor. But, as commentator Sheila Coronel identifies, it’s problematic to assume that what has worked in a single city will be effective across an entire nation. Moreover, The Philippine Star has reported that the country’s drug problem is small relative to the rest of the world, and asserts that Duterte’s approach to tackling it – cutting off supply (traffickers/suppliers) without addressing demand – will ultimately prove counterproductive.

In the early 20th century, sociologist Georg Simmel examined how creating a common enemy is fundamental to social cohesion; this has been corroborated by recent psychological studies, and we see its ongoing application in the US’s War on Terror and in the Australian One Nation party’s vendetta against migrants. This process, which gives individuals a shared sense of (sometimes-problematic) purpose, fuels patriotism – and Duterte is undoubtedly capitalising on it.

It worries me, too, that my compatriots are standing behind a man overflowing with misplaced machismo, who disregards judicial processes and demeans other politicians, all for self-gratifying nationalism.

Yet his challenge to the elitist status quo also hits a nerve in terms of the Philippines’ identity as a nation. During the Philippine Revolution of the late 1890s, the overthrowing of Spain’s colonial rule transpired on two fronts: the Ilustrados – cosmopolitan, well-read and well-to-do – waged war using pens and polemics, while the less-educated Katipuneros spearheaded armed rebellion from the grassroots. Both contributed significantly, but it’s the pacifist Ilustrado José Rizal who was enshrined as the national hero – perhaps an indication of how policymakers prefer to conceive of the country’s mythos.

Even the institutionalisation of the so-called national language from the 1930s onwards couldn’t conceal where true Philippine privilege lay: Tagalog, the language of Manileños, was selected as the basis for “Filipino”. In theory, Filipino would later incorporate the lexical and grammatical features of other Philippine languages; to date, however, Filipino and Tagalog remain virtually indistinguishable.

It’s certainly a coup to have a president who embodies so much of what Philippine politics hasn’t been: unlike his predecessors, Duterte is more of an “everyman” – irreverent, hands-on, non-Manileño. And thankfully, despite indications of despotism, he doesn’t seem hell-bent on subjugating the privileged; he merely channels the majority’s dissatisfaction with how the elite have done things – what Randy David terms “Dutertismo” – to further his anti-criminal agenda.

At the same time, Francisco Sionil José warns that such populist mobilisation is reminiscent of the trajectories of Iran and China prior to the Iranian Revolution and the Cultural Revolution, respectively. It worries me, too, that my compatriots are standing behind a man overflowing with misplaced machismo, who disregards judicial processes and demeans other politicians, all for self-gratifying nationalism.

Here, we see a double bind: if the majority were only more educated about Philippine and world history – particularly how the “achievements” of Filipino dictator Ferdinand Marcos (and despots like him) came about at the expense of lives and human rights – perhaps they would be less welcoming of “Dutertopia”. Yet these same Filipinos reject critical discourse as a political tool, seeing it (understandably) as an indulgence that merely clouds the desperate realities of poverty and crime.

What can my bourgeois intellectualism offer when Duterte’s policies, however contentious, promise immediate, concrete solutions? After all, I’m exactly the sort of person – expatriate, English-speaking, not pure-blooded, anak-mayaman (“child of money”) – that most Filipinos now view with exasperation.

My “outsider” status affords me the distance to be analytical when confronting this worrying political milieu. But, notwithstanding my displaced relationship with my birthplace, I’m also “insider” enough – particularly with relatives and friends still residing there – to have a stake in the implications of Duterte’s ruthless reign. Unfortunately, with political engagement still underpinned by education and socioeconomic position, the Philippines will find itself locked in this dystopic direction.