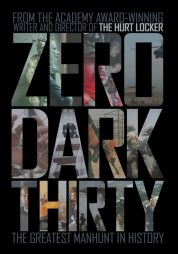 On 2 May 2011 United States Navy Seals transgressed into Pakistani territory and successfully assassinated Al-Qaeda’s spiritual leader, and the most wanted man in the world, Osama Bin Laden.

The operation and its outcome was the realisation of a decade of what can be aptly described as global terrorist hunting that stretched from the streets of New York to the foothills of the Afghan mountains and finally to the upper class neighbourhood of Bilal Town, Abbottabad in Pakistan. Bin Laden’s death became the end point of discussion that succeeded in drowning out ever increasing media pressure on the Obama administration’s use of torture at Guantanamo Bay and other (unknown) black site facilities.

Zero Dark Thirty is Kathryn Bigelow’s newest foray into the theatre of war after the success of The Hurt Locker in 2008. In Zero Dark Thirty war is not initially presented as spectacle. It is concentrated amongst the minute details: in the handling and processing of information by both the CIA and Al-Qaeda operatives, and in the tortuous extraction methods employed by the American intelligence officers on the Afghan suicide bombers of Khost. The film is repulsed, while at the same time fascinated, with the machinations of violence and it carefully illustrates how the hunt for Osama effectively authorised a state to contravene customary international law and international legal conventions.

(Zero Dark Thirty) is also about the ruthlessness of the United States Government and its willingness to set aside internationally recognised human rights in order to exploit a political agenda.

Bigelow has noted that much of the research for the film came from having unprecedented access to classified material from both the Department of Defence and the Central Intelligence Agency (CIA) – much of the intimate torture scenes throughout the film will never be officially verified however the realistic approach by Bigelow to the subject makes for compelling, if not initially squirmish viewing. As much as the film is about Maya’s (Jessica Chastain) relentless pursuit of Bin Laden, it is also about the ruthlessness of the United States Government and its willingness to set aside internationally recognised human rights in order to exploit a political agenda.

Under Article 2 of the 1984 Convention Against Torture and Other Cruel, Inhuman or Degrading Treatment of Punishment, states are aware that “No exceptional circumstances whatsoever, whether a state of war or a threat or war, internal political instability or any other public emergency, may be invoked as a justification of torture.”

The United States ratified the Convention in October 1994 and it came into force domestically in November 1994. The United States is also a member of the Committee Against Torture (CAT) which monitors state’s obligations under the Convention. Human rights protection is also afforded under the Universal Declaration of Human Rights (UDHR) and the Geneva Conventions, especially in relation to the treatment of prisoners of war and enemy combatants.  In 2002, the Bush administration announced that it did not consider the Geneva Conventions applicable to detainees under US tutelage and therefore, no human rights existed with which the detainees could claim asylum against.

… Bigelow illustrates the ease with which state sanctioned torture moves from something humanely wrong to something necessary to protect national interests.

In Zero Dark Thirty the viewer becomes aware that the use of torture by the CIA on detainees in order to gather intelligence is endemic, encouraged and State sanctioned through black sites, closed interrogations and the constant threat of physical violence.

The viewer is introduced to the brutal methods of intelligence collection as soon as Maya arrives on base at an undisclosed black site. As the use of torture progresses throughout the first 45 minutes of the film, Maya moves from a shocked observer to a somewhat uninterested party detached from the scenes in front of her.  In showing Maya’s desensitisation to torture, Bigelow illustrates the ease with which state sanctioned torture moves from something humanely wrong to something necessary to protect national interests. In a relatively quick timeframe, the viewer too becomes accustomed to the violence knowing that the end result is the capture of a terrorist – a sentiment similarly held by many around the world.

Zero Dark Thirty’s strength is its ability to straddle both sides of the fence, to illustrate how the hunt for Bin Laden required a State to contravene international and domestic human rights safe guards whilst offering a glimpse into the conditions that many detainees justly or unjustly found themselves in.