By Chris Wright. This article is part of our August theme, which focuses on the environment and human rights. Read more articles on this theme.

For two weeks in June 2012, the world’s view was keenly fixed the “biggest UN event ever”, now known as the Rio+20 Earth Summit. Or, at least that’s what I thought at the time. Heads of state from more than 115 countries flew into Brazil for one of the biggest photo opportunities of the year, but did little else than smile and wave for the cameras. It had been dubbed by UN Secretary General Ban Ki Moon a “once-in-a-generation opportunity” to carve out a sustainable (bike) path for the future that was simply “too important to fail”. But according to most people I met and talked to in Rio, in many ways, it did fail.

In many others, however, it opened up an unprecedented opportunity for local and global partnerships in sustainable development.

During the week of negotiations, the complexities of a global conversation on sustainable development began to emerge. Developed countries wanted to push for a universal “green economy” and a new set of sustainable development goals, but developing countries wanted a greater emphasis on their rights to develop, equity, and financial assistance to help transition their growing economies towards sustainability.

Everyone seemed to recognise the need for sustainable development, but it was clear that getting agreement on a “one-size-fits-all” global model was never going to happen.

After the negotiations were over and the photos were taken, the world woke up to realise that its leaders had just signed us all up to a sustainable development future with no indication of how it might be achieved.

Countries are free to define for themselves what is green and what is not, and are free to simply do nothing

This includes the newly proposed idea of creating Sustainable Development Goals (SDGs) to follow the Millennium Development Goals in 2015. At the moment, they are merely an agreed course of action, without themes and specifics. However, these goals were one of the few shining lights from the governmental side of things. Depending on how this process goes, and the global financial situation in 2013 and 2015, these goals could be a key tool for shaping a sustainable future for the planet.

Governments also largely agreed that it is wrong to measure national wealth just on the basis of a country’s gross domestic product. This could potentially be what the history books remember about the Rio+20 Summit. But it remains to see what alternative forms of measurement will be devised. 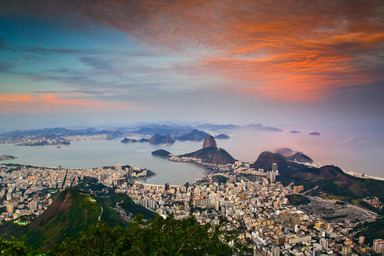 There were also moves to upgrade the United Nations Environment Programme (UNEP). Apparently its status as a program and not an “organisation” has significantly limited its effectiveness, and a good old name change will sort everything out. In any case, this didn’t happen (thanks to the US getting jealous that there would be a UN organisation with its base outside the US) but UNEP has been promised more funding, and more capacity. However, like most things right now, no-one has figured out where the extra funding will come from or how the capacity will be created.

This lack of agreement also flowed into discussions on the future of the “Green Economy”. Along with the UNEP upgrade, this was meant to be one of the cornerstones of Rio+20. Unfortunately, the green economy section of the final text is devoid of meaning. It outlines only very broad principles. Countries are free to define for themselves what is green and what is not, and are free to simply do nothing. This is largely as a result of developing countries who conceded that they do not have the capacity to create “green jobs” and “green industries”. A big part of this was the fact that developed countries were not willing to fund anything. Even the capacity development mechanism for a green economy proposed by the EU was eliminated.

Women’s “reproductive rights” were written out of the final document

Finally, when it came to issues critical to human rights, there were mixed opinions.

On Indigenous Rights, it was great to see that the United Nations Declaration on the Rights of Indigenous Peoples given explicit mention. But when it comes to things like this, it is important to read between the lines. Countries fight tooth and nail about where a concept or group of people will or won’t be included in the final text, and when it came to Indigenous peoples, it was obvious that they were being included only where it was convenient. And so, they were left out of sections on “mining”, “forests”, and “sustainable tourism”.  There was also no mention of land rights in the text. 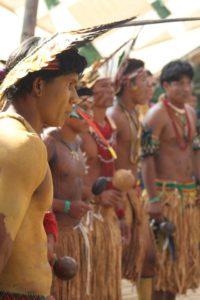 Finally, in what became one of the most disappointing and contentious issues of Rio+20, women’s “reproductive rights” were written out of the final document.

Saying this, even what was included in the final text, the language is unbelievably weak  The language in the text includes a lot of “invite countries to consider” and “encourage countries to support”. In order to realise what this means, it would almost be like asking someone to come to a party and beginning the invitation with “I would like to invite you to consider the possibility of potentially making a brief attendance at an event that you might call a “party”. You are in no way compelled to attend. And there is currently no date set for the event as it is up to each person who may or may not like to attend to decide whether or not and when the event might take place. Also, we are still in the process of considering the establishment of a high level discussion regarding the possibility of securing one or many different locations for the “event” to take place.”

That’s about as strong as the language gets when it comes to the final Rio+20 Declaration.

However, Rio+20 wasn’t all about the negotiations. There were hundreds of pledges made by governments and companies seeking to fast-track sustainable development in a way the negotiations never could. These include The Global Compact, The Compendium of Commitments, the Sustainable Energy for All initiative and the Global Consumer Goods Forum being just a few that are worth looking up.

There were also close to 50,000 people in and around the Earth Summit protesting, planning, advocating and already making sustainable changes around the world.

All in all, there was a vivid sense that the world had come together to talk about how we might transition toward a more sustainable future. However, as the conference wore on, it became increasingly clear that governments were no longer in the driver’s seat.

In many ways, the time has never been better to put pressure on governments to catch up with community-based projects, with civil society groups, with sustainable development initiatives

In reality, governments were made to look like fools by the strong civil society and business presence, possibly for the first time at a big UN conference. There were many ambitious alternatives proposed by NGOs, people’s movements and businesses. Almost all non-government groups were upset with the lack of urgency displayed by governments. This is also reflected in media coverage of the event. The almost unanimous view appears to be that the best thing about the conference wasn’t the negotiations, but the people’s summits, the corporate sustainability forum and the side events hosted by NGOs, companies and a host of others.

This is a key leverage point for the future. Governments were embarrassed in Rio and have in a small way lost legitimacy on the world stage as the leaders on sustainability. Here’s an article I wrote early on in the summit summarising these thoughts.

Governments will be looking for every chance they can get to regain legitimacy, and public-private partnerships seemed to be the word of the day at the end of the conference. There may not be a lot of money on the table internationally as Europe falls to pieces, but in many ways, the time has never been better to put pressure on governments to catch up with community-based projects, with civil society groups, with sustainable development initiatives.

There is a small media and public pressure window of opportunity to exploit right now. More so, there are the beginnings of a formal recognition that governments will not be able to lead in the sustainable development future. However, they will be keen to try and seem like they are leading as long as possible through partnering with the real leaders … community leaders, civil society and people’s movements.

That’s you. So now is the time to get up and encourage your local shops, your schools and universities and workplaces, your local councils and your state and federal government that you are ready to lead the way towards the “future you really want”. Show them that you’re not waiting for them any longer, and who knows, maybe they’ll try to catch up.

Chris Wright is currently working on green economy initiatives in Malaysia, but in his spare time he is also a political ecologist, Slam Poet and climate change campaigner for Adoptanegotiator.org

Shares
Comments Off on The Future of Rio+20