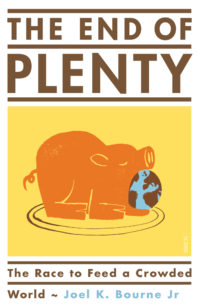 Shares
Comments Off on Do we have what it takes to feed an expanding planet?