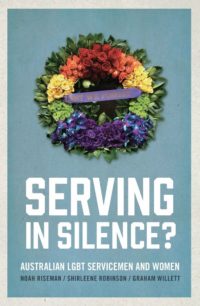 Shares
Comments Off on Giving voice to the marginalised: a review of Serving in Silence?