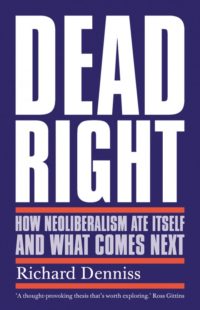 Shares
Comments Off on Losing faith in democracy: a review of Dead Right