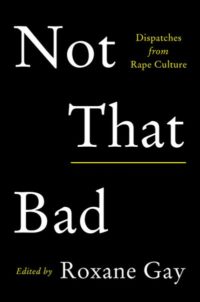 Shares
Comments Off on Rape culture IS that bad: A Review of “Not That Bad”