Shares
Comments Off on Museums of blood? A review of Who Owns History 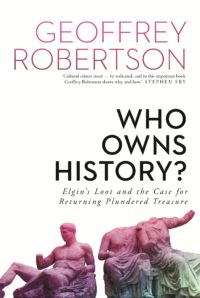