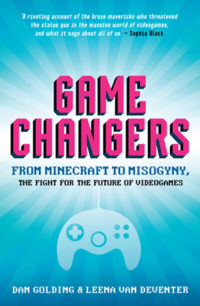 Shares
Comments Off on Game Changers: From Minecraft to Misogyny