This September marks the return of the Environmental Film Festival Melbourne, complete with its selection as a Melbourne Awards finalist in the category of “Contribution to sustainability by a community organisation”.

Following the success of the 2010 and 2011 festivals, the EFFM organisers are again serving up a vibrant mixture of international and local talent, showcasing entertaining and thought-provoking films.

This year, the festival will premiere several homegrown movies including a personal story of climate action in Generation Green and a satirical look at caged hens in Chicken Karma.

The festival also features the first Victorian screening of Bimblebox, which paints a picture of the expansion of coal mining in Queensland.

Paola Cassoni, co-owner of the Bimblebox Nature Refuge, which is under threat from Clive Palmer’s China First mine, will introduce the film.

But as environmental issues extend beyond local matters, EFFM will also screen some prestigious international films.

Cape Spin! An American Power Struggle will launch the festival with its behind-the-scenes look at the lobbying efforts on both sides of the fight over an American wind farm proposal.

Meanwhile, Academy Award winner Jessica Yu and the company behind An Inconvenient Truth bring the closing night film about the world’s water crisis, Last Call At the Oasis. 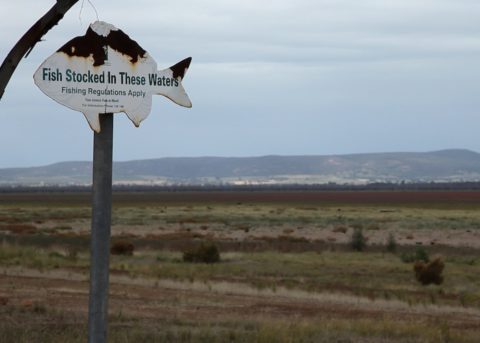 Image from 'Last Call at the Oasis'

From food and water to solar-powered cars and buildings designed to mimic the benefits of nature, this year’s films aim to inspire the audience more than ever.

“We often see films showing us how bad things are,” says EFFM director Nicholas Aberle, “but the 2012 films are as much about solutions.”

The Environmental Film Festival Melbourne will run at Kino Cinemas, Collins St from the 4th to 9th of September. A detailed program can be found on the festival website.