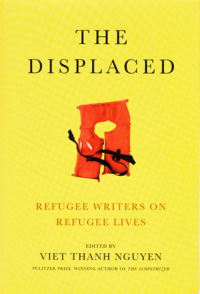 Shares
Comments Off on “The Displaced”: invisibility and hypervisibility in a hostile climate