Whose Land Have I Lit On Now? Contemplations on the Notions of Hospitality

Man of misery, whose land have I lit on now? What are they here – violent, savage, lawless? or friendly to strangers, god-fearing people?

– Odysseus upon his return to Ithaca
Homer, The Odyssey

SAVVY Contemporary is an art space in Berlin’s northwest neighbourhood of Wedding. Founded eight years ago to create an exchange between “Western art” and “non-Western art”, SAVVY has positioned itself as a “Laboratory of Form-Ideas” at a time when hegemonic structures regenerate across Germany and the world. This summer’s exhibition and accompanying symposium was a joint project by Denise Ryner representing Or Gallery in Canada, and Bonaventure Soh Bejeng Ndikung, Elena Agudio, and Raisa Galofre of SAVVY. WHOSE LAND HAVE I LIT ON NOW? Contemplations on the Notions of Hospitality (2018), troubled the concept of hospitality and the triggers of hostility in hospitality through an impressive program of performances, lectures, film screenings, and an exhibition.

I visited the exhibition on my second day in Germany, feeling tentative about my place in a new country. In Sydney, I was aware of my role as guest on stolen, Gadigal land and my participation in the settler colonial project. I was also aware of my role as a bad, or at least, fickle host. The Australian media had recently condemned the treatment of migrant children at the American border, while the government continued to imprison children in offshore detention facilities. The national thinking about hospitality and our views on immigration have always been deeply at odds with our anthem’s edict; “For those who’ve come across the seas/ We’ve boundless plains to share”.

Even within the most well-meaning creative projects there is a tendency towards didacticism and cliché that can obscure the specific challenges that attend to the movement of people in a globalised world.

Germany, on the other hand, is facing its own political crisis over immigration; one that threatens to topple its government. Three years after more than 1.26 million people applied for asylum in Europe, and more than 2,260 people are thought to have lost their lives in the Mediterranean; I entered on the congenially named “Working Holiday Visa”. Coverage of Fariborz Karami’s suicide on Nauru, and news of “tender age shelters” in southern Texas were just two of the news items that were both disturbing and symptomatic of the asymmetries of power that dictate who can call themselves host and guest.

WHOSE LAND HAVE I LIT ON NOW? takes Derrida’s notion of “hospitality” – the presence of hostility in all hospitality and hosting ­– as it’s point of departure. The very idea of a “point of departure” for a conversation about immigration gave me pause for thought. Even within the most well-meaning creative projects there is a tendency towards didacticism and cliché that can obscure the specific challenges that attend to the movement of people in a globalised world.

Upon entering the exhibition space we are introduced to the domestic sphere as both hospitable and hostile. In the corner of the room a site-specific work by Abbas Akhavan, Untitled (2017), presents the broom as a surreal object that references both ‘host’ and ‘guest’. The broom is positioned in a manner that might conjure one’s own home. Yet its dimensions suggest that if wielded, it could eject the guest at any moment. In the exhibition brochure, curator Denise Ryner notes that works by the exhibition’s Canadian artists – including that of Akhavan – can be read “as a representation of hostility towards racialised, indigenous and marginalised classes.” Akhavan powerfully evokes the malignant inoffensiveness of precarity and its capacity to inhabit the lives of marginalised people.

The current media outrage and inundation of images of the various migrant crises functions at a catalytic stage that turns the traumatised into a spectacle. 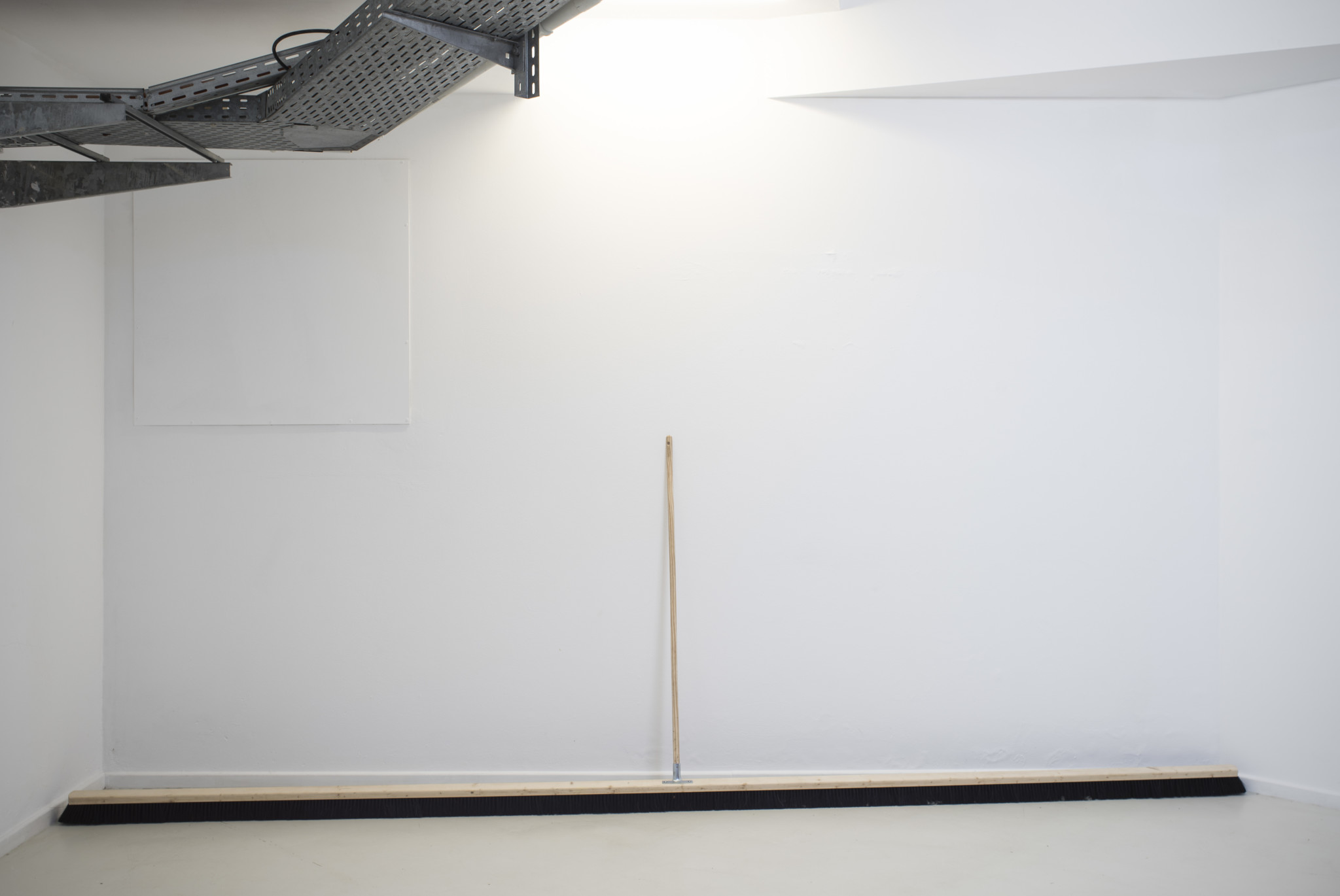 The threshold to the home operates as the first of many thresholds for ideas. Artistic co-Director, Dr. Elena Agudio, asserts that these exist as contact zones “to care, heal, nourish and shelter” and “create new alliances and coalitions”. Yet there is no sense of romanticism around hospitality nor are we met with images of the poster child of immigration. The current media outrage and inundation of images of the various migrant crises functions at a catalytic stage that turns the traumatised into a spectacle. The careful curation of this show has instead created a discursive platform for artists, curators and visitors to address concepts of hospitality in a global context without objectifying the stranger.

Watching Stephanie Comilang’s two-channel video projection installation – Yesterday, In the Years 1886 and 2017 (2017), I was compelled by the disembodied feminine narrator who speaks from a distant future. The protagonists, José Rizal and Lourdes Lareza Müller tell the story of their chosen lives in Berlin, away from the Philippines. The third unidentified, non-human protagonist speaks, however, to possible futurities in a way that asks the viewer to consider the question and possibilities of human mobility without necessarily providing an answer. 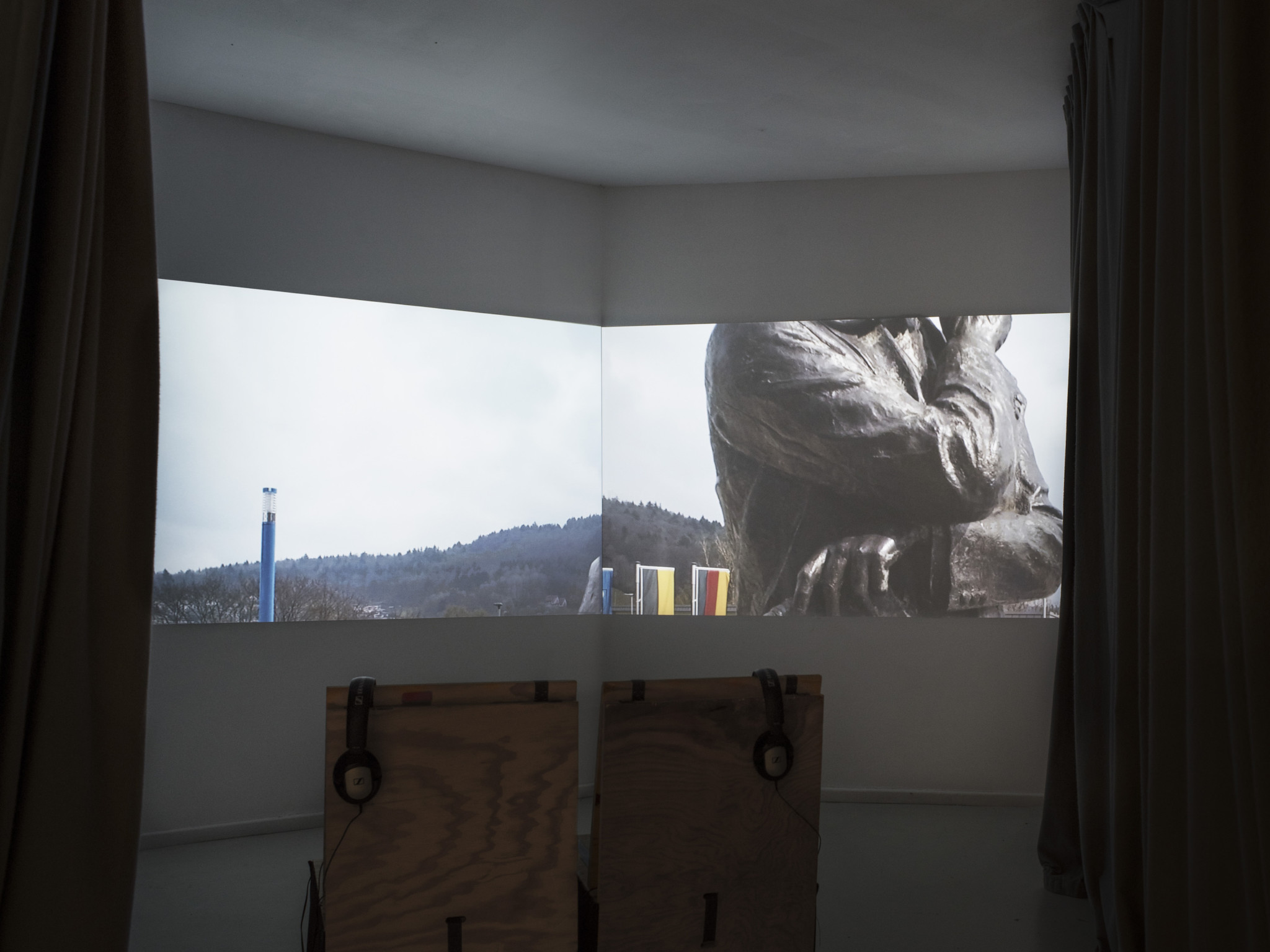 SAVVY have created an occasion to comment intentionally on one of the most important political and philosophical questions of our time, the hostility in hospitality. By moving the contact zones of the exhibition space to Facebook Live with documented lectures, performances and artist interviews, the project continues to widen the net around this fundamental question.

Shares
Comments Off on Contemplations on the Notions of Hospitality

Isabelle is an arts writer and radio presenter based in Berlin.