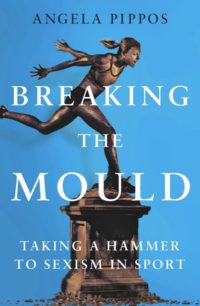 Shares
Comments Off on Breaking the mould: taking a hammer to sexism in sport