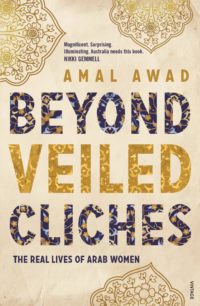 Shares
Comments Off on Beyond Veiled Clichés: The Real Lives of Arab Women