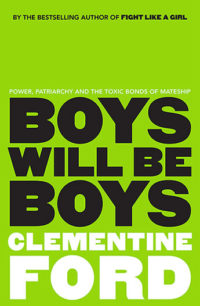 Shares
Comments Off on Misogyny, patriarchy and toxic masculinity: A review of Boys Will Be Boys