Right Now held its first film fundraiser at Cinema Nova, Lygon Street Carlton, on Friday 30 September. The night was a resounding success, raising several hundred dollars to fund Right Now events and programs over the remainder of this year and 2012. There was a fantastic turnout and an enthusiastic air to the evening, with door prize tickets drawn for selected events at the Melbourne Festival, running now until 22 October. 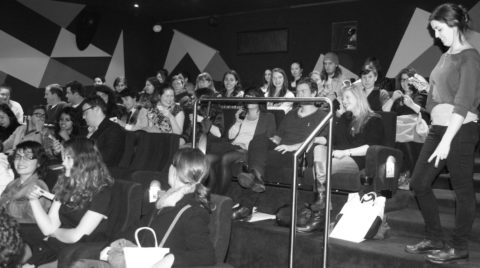 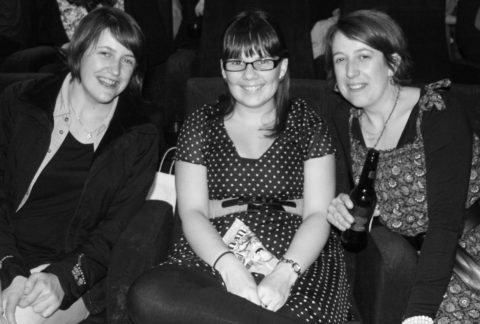 … the film charts the events of Nim’s life, beginning with his involvement in a social experiment undertaken in the 1970s.

Directed by James Marsh – whose acclaimed 2008 documentary Man on Wire collected 26 awards worldwide, including the 2009 Academy Award for Best Documentary Feature – the film charts the events of Nim’s life, beginning with his involvement in a social experiment undertaken in the 1970s.

According to the film’s website, the experiment “aimed to show that a chimpanzee could learn to communicate with language if raised and nurtured like a human child”. Under the instruction of Herbert Terrace, a psychology professor at Columbia University, Nim was placed in the family home of Stephanie LaFarge, a graduate psychology student given the task of raising him. Nim’s human “mother” set out to teach him the sign language of the deaf.

Project Nim examines the similarities and differences between humans and chimpanzees that influenced Nim’s upbringing and life among people from infancy to adulthood. However, the film ultimately reveals more about the humans in the story than Nim himself. Marsh has no trouble meeting the expectations set by his previous directorial efforts. Project Nim is expertly directed and edited, incorporating file footage, dramatisations and current interviews specially recorded for the film.

The most astounding aspect of Project Nim is that a chimp can engender greater empathy … than his human colleagues.

Despite Nim’s remoteness and his inability to properly tell his story, his character is as complex as that of any other in the film. The most astounding aspect of Project Nim is that a chimp can engender greater empathy in a cinematic audience than his human colleagues. The film bears stark implications for animal rights.

Project Nim continues screening on limited release at Cinema Nova and other selected theatres around the country.