In April we saw two all-female television panel shows on the same night, differing reactions to bombings in different parts of the world, and what happens when Formula One brings attention to a nation plagued by civil unrest.

By chance, two weeks later both QandA and Can of Worms featured all-female guest line-ups on the same night. Ironically, it was also the first week of Chrissie Swan’s break and James Mathieson stepped in as host of Can of Worms, meaning neither show was truly all-female.

It’s a commendable concept, but were they genuine efforts to bring feminism and issues that primarily affect women to the attention of a broad audience, or merely novelty specials?

I didn’t see Can of Worms or much discussion about it, only Mathieson’s awkward preview on The Project, suggesting things could get “feisty”.

However, QandA’s first ‘#ladyqanda’ was more interesting, if partly because the producers already make such an effort to consistently offer gender – as well as political and ideological – balance. So far this year, Tony Jones has been joined by 31 male and 25 female guests (not including the two ministerial policy debate episodes). It’s not perfect – and would be 31 and 20 without this one episode – but it’s better than most TV panel programs.

In fact, QandA seems particularly committed to a standard formula of three men and two women; the only exceptions in this year’s 13 episodes being the three specials mentioned and an episode with four men and two women.

Perhaps this episode was a way to close the gap in one fell swoop. Although, it may be more constructive to regularly (rather than very occasionally) flip the 3:2 ratio or have an even balance every week, rather than highlighting the imbalance with a special episode.

Was it a discussion that required a male-free panel, or would it have been well-served by the presence of at least one man to highlight the role men have in supporting – even benefiting from – the goals of feminism and gender equality? It’s a debatable point, more so when considering how male guests have sought to dominate the panel in the past.

The response on Twitter was mixed, as usual, but seemed to me to be largely underwhelmed; the producers did themselves no favours by opening the discussion with the relatively trivial topic of chivalry.

Yet the episode sparked an online discussion around sex work – and the rights and perceptions of those in the industry (of all genders) – which continues in the mainstream media three weeks later.

The Boston bombings: untruths and priorities 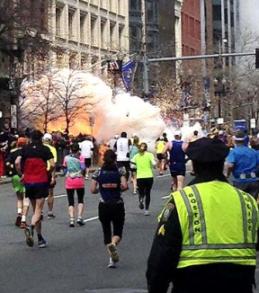 A week later, on Monday 15 April, news raced around the world of explosions at the Boston Marathon.

The pace with which the news and social media sought to find and spread information – whether fact, speculation or opinion – led to a troubling amount of irresponsible reporting, which was well summarised by Media Watch on Monday night.

American media organisations CNN and The New York Post seemed to draw the most criticism, though social media played a significant role in two young men being wrongly identified as suspects – misinformation that continued throughout the day across the world, including in Australia. Some of the most tactless reporting in America may have even encouraged racial and religious hatred.

Despite the criticism, the tragedy delivered CNN their highest ratings in a decade. Hopefully all viewers are now aware of the poor coverage they received.

Meanwhile, another debate was taking place in Australia about the media’s prejudice of human tragedy, which saw rolling coverage of the events in Boston while more than twice as many people were killed by bombs in both Iraq and Pakistan.

This is not just about numbers; after all, around 29,000 children under the age of five die each day of largely preventable causes, with hardly a word spoken.

However, comparing events in Boston and Iraq is a valid consideration, and one that comes into focus precisely at these moments. There are various reasons why the Boston bombings were given priority, as Jonathon Green thoughtfully explained. At a basic level, we are instinctively drawn to news that shocks us or shakes our sense of security. For many of us, what happened in Boston feels closer because we relate more to the setting – it could happen to us, couldn’t it?

ABC News 24 Breakfast host, Virginia Trioli, addressed the issue on air with admirable self-awareness as coverage continued, reading emails from viewers who criticised the program’s narrow focus, only to be called racist and insensitive (and worse).

The more repetitive and distant a tragedy, no matter how large or gruesome, the less newsworthy it is – until its newsworthiness becomes the story.

Formula One flashes the spotlight past human rights in Bahrain 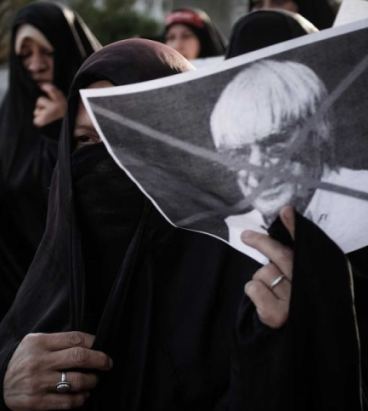 The media spotlight did flash very briefly across human rights issues in a distant nation, when Bahrain hosted the Formula One on 21 April.

Since pro-democracy protests erupted in February 2011 the race has become an annual focal point for activists, who called for its cancellation. In 2011 it was postponed and then cancelled amid an uprising in which, according to a government-commissioned report, 35 people died. At that point even Australian driver, Mark Webber, called for human rights to be put before the sport.

In the lead up to this year’s event, Amnesty International reported a government move to implement a punishment of up to five year imprisonment for offending the King or the country’s flag.

While the event may bring international media, the government are keen to portray a good image. In 2012 a British TV crew were arrested and deported, and their driver attacked, after being caught filming a demonstration without an official accreditation.

The race did renew some international interest in the two-year-long plight of protesters amid reports of serious human rights violations; however the event itself seems to have been well shielded from dissent.

Seemingly sheltered from the protests, the sport’s commercial rights holder, Bernie Ecclestone, managed to boost the story himself with his nonchalant attitude to human rights and comments such as: “I keep asking people, ‘What human rights?’ – I don’t know what they are … The rights are that people who live in the country abide by the laws of the country, whatever they are.”

In the end, Bahrain’s civil unrest and government efforts to quash it was the story around the race but not the story of the race, with results the focus once they were finally in. Formula One packed up and moved on, taking the attention with it.