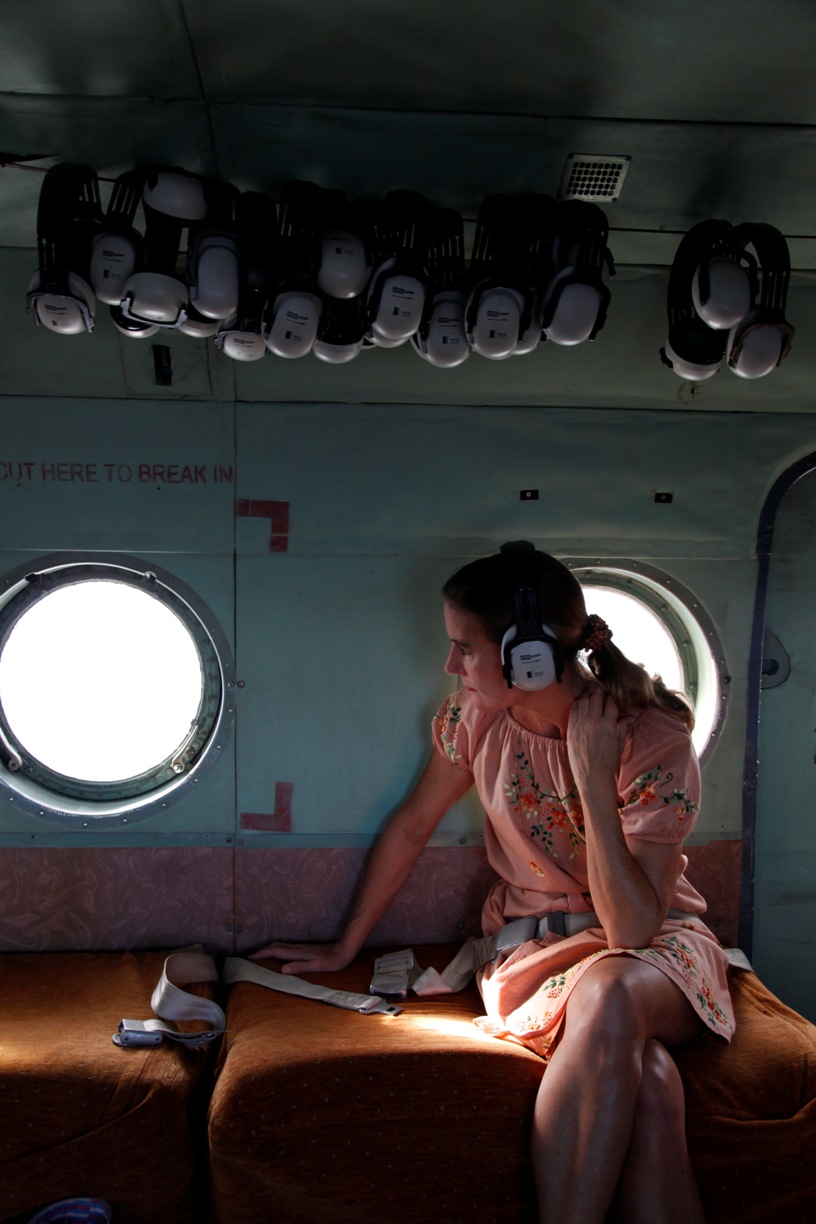 The Human Rights Arts and Film Festival (HRAFF) has packed up and left Melbourne as it takes an abridged programme around the country.

Right Now was there throughout to check out as much as we could of what was a highly successful festival, with many sessions selling out days in advance.

The festival opened on 16 May with a screening of the highly anticipated Alias Ruby Blade, which has been so well received that two encore sessions were arranged. Opening night attendees enjoyed a special treat though, with Xanana Gusmão, the Prime Minister of Timor Leste taking the stage, joining director Alex Meillier, producer Tanya Meillier and protagonist Kirsty Sword Gusmão on the stage. He added both joviality and gravitas to the night; it was inspiring to see him speak in person about Timor Leste’s struggle for independence.

It was a fitting theme to kick off the festival, with independence at the heart of so many human rights issues, and central, at various levels, to many of the films featured over the following two weeks.

Films like Soldier on the Roof and Words of Witness, in particular, addressed independence and statehood.

… the most striking aspect of [Soldier on the Roof] is the realisation that the children are so indoctrinated that peace seems very far away.

Esther Hertog’s fascinating Soldier on the Roof demonstrates the impossibility of relations between Israelis and Palestinians, with unsettling ease. While it is often thought that a new generation might somehow find a peaceful solution to impasse, the most striking aspect of this film is the realisation that the children are so indoctrinated that peace seems very far away. The viewer is left questioning how peace will ever come about when both sides are unwilling to acknowledge the other’s motivations and connection to the land.

Words of Witness offers a more hopeful view, albeit it in quite different circumstances, following the role of social media in the 2011 Egyptian revolution. The film is as much about the will of the people for democratic change as it is about the brutality of the Mubarak regime, providing a powerful glimpse into grassroots activism and the very people that help effect change on a massive scale.

Activism was presented in a number of forms in the festival programme, perhaps most intriguingly in Informant.The documentary about radical left wing activist turned FBI informant, Brandon Darby, masterfully weaved a series of interviews into a thrilling exploration of Brandon’s personal and political motives for abandoning the romantic idealism of the radical left and eventually finding support amongst the Tea Party movement. It is a fascinating insight into the politics (both public and personal) of the radical left, and an intimate portrait of psychological decline.

Law of the Jungle

The larger consequences of localised activism was demonstrated in Law of the Jungle, which documents a group of indigenous Peruvian’s fight to keep giant corporations from exploiting their land. Up against not only big business, but corrupt law enforcement and a case that relies on a crucial witness who has gone missing, the film is tense and heart wrenching but made, ultimately, by the character of the defendants. Following the screening, Jane Dixon SC, President of Liberty Victoria, and Jill Prior, from the Victorian Aboriginal Legal Service, tied the issues in the film to circumstances in Victoria, and pointed out that the central legal battle of the film can be found closer to home than Peru.

On a more personal level, there were stories, documented and fictionalised, of struggles within families, with the rights of children and parents featuring strongly via films such as Rawer and Ombline exploring the grey area of potentially conflicting rights in guardianship.

Rawer follows a mother and her 13 year old son in the Netherlands, who are on a strict raw food diet, as she is taken to court over his apparent malnourishment. The documentary raises interesting points about the rights of children, the intersection between personal choice and the law, and who is most qualified to make appropriate decisions for a child.

The dramatic feature, Ombline, explores the unique issues faced by women who give birth to children whilst in the prison system. It touches on the ethics of punishing children for the “wrongs” of the parent, the rights of the child and the negative impact of removing a mothers’ child as further punishment. The film also questions the efficacy of the prison system in deterring crime or rehabilitating prisoners, and whether de-incarceration is more suitable to protect the interests of women with children.

Women’s rights were also the focus of the double-screening event on 12 May with the consecutive premieres of Taxi Sister and Red Wedding.

Brimming with humorous anecdotes and evocative imagery, [Taxi Sister] sheds light on the obstacles working Senegalese women face as they face the daily battle of convincing men that their place in the world is not simply confined to the domestic sphere …

A light-hearted look at a growing group of female taxi drivers who subsist in a male-dominated world, Taxi Sister traces the life of Boury – one of the mere 15 women in Senegal who have taken up the profession. Brimming with humorous anecdotes and evocative imagery, the short film sheds light on the obstacles working Senegalese women face as they face the daily battle of convincing men that their place in the world is not simply confined to the domestic sphere, but rather in a profession where their safety is not always guaranteed.

In a seamless change of pace, Red Wedding transported the audience to South East Asia, exploring the galling human rights abuses characteristic of the despotic Khmer Rouge regime, where young Cambodian women were forced to marry soldiers as part of Cambodia’s genetic engineering craze. Rice farmer Sochan Pen seeks closure from ex-Khmer Rouge leaders as she comes to grips with her torrid past, finally confronting the scars of her abuse on the eve of her son’s wedding.

The short film event, Australian Shorts, spoke to a range of issues, abuses and presumptions through six innovative local films that, between them, were edgy, dramatic, moody, irreverent, offbeat, funny, educational and inspirational.

The films covered: homosexuality and love in the brutal, unforgiving world of juvenile detention (The Wilding); an Afghan refugee’s pursuit of peace and happiness through the discipline of martial arts, and the hope that someday his family will be reunited (The Art of Fighting); everyday, counter-productive presumptions about disability, and how humour and fun can be used to send a serious message (The Interviewer); rape and it’s shattering consequences (Silent Night); life as a female-to-male transgender man with a wife and child (Trans Boys); and interaction between Indigenous and non-Indigenous Australians, through an outrageously playful story complete with a song and dance number (Blackbuster).

Though covering the full spectrum of mood in just two hours, the films worked together to create thought-provoking and enjoyable event. While the makers of four of the films answered questions, the audience was given the difficult task of choosing a favourite. In the end, Silent Night was awarded best film, while The Interviewer took out the audience’s choice.

The festival finished on 23 May with In the Shadow of the Sun, a remarkable documentary about the perseverance of community educator and Albino activist Josephat Torner, as he travels areas known to have high rates of Albino murder within Tanzania, where predominantly rural and uneducated people have been told that the severed limbs of an Albino person would make them wealthy. Torner seeks to educate communities and bring positive change for the estimated 170,000 Tanzanians affected by albinism, and the broader population of Africa, in the face of persecution and threat of death.

We were unable to cover every film at the festival, yet even from this selection it is clear that the HRAFF organisers pulled off a wonderful festival that was diverse in scope, genre and mood. It was thought provoking, educational and entertaining, and we look forward to the programme in 2014.