Last week’s performance of HiRISE saw North Melbourne’s Club Voltaire squeezed to capacity as ReDefiant performed their part musical, part spoken-word artistic piece. As a collective comprised of people from refugee and migrant backgrounds, and produced in conjunction with RISE – Australia’s first refugee welfare and advocacy organisation run almost entirely by refugees – the performance was able to take a very personal exploration of the refugee experience.

The cosy venue mirrored the intimate nature of the show; voices floated out of each corner of the theatre as performers began to emerge from audience seats eerily singing children’s rhymes from around the world before eventually making their way to the stage. The audience’s feeling of bewilderment only intensified as the performers began rounds of abrupt questioning first directed at other performers and slowly, more and more so towards the audience.

Although this (eventually comedic) section was clearly intended to intimidate, disorient and mimic the sense of interrogation that migrants often experience, HiRISE was always focussed on sharing, finding common ground and encouraging dialogue. The sentiment was never bitter and never sought to condemn or blame.

Where political commentary on issues surrounding refugees and asylum seekers is so often reduced to the impersonal concern for the number of boat arrivals we’ve had (or diverted) this week, ReDefiant’s deeply personal, and often playful, take on the issue was extremely refreshing.

Whether expressed through one young woman’s account of living in an Eastern Bloc hi-rise waiting for her father to return home from abroad or another young woman’s emotive, unaccompanied solo singing, the power of personal experience always shone through.

An encore presentation of HiRise will be performed at the Melbourne Fringe Festival on Friday 4 October.

HUMAN RIGHTS IN THE MEDIA: SEPTEMBER 2013

September’s focus on the theme of ‘violence’ has juxtaposed the relationship between violence and human rights in an intriguing way; inviting us to confront the significance of the context of violence in various instances. Let us then utilise this framework in reviewing the media coverage of human rights issues over the past month…. 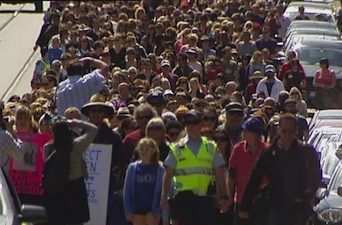 Earlier this month Kate Galloway examined the difference between the media’s treatment of the murders of Jill Meagher and Tracey Connelly. To simplify a nuanced point, she highlighted one example of how the circumstances of violence can change our reaction to it; in this case the characterisation of the victims.

The coverage of the recent protest march to commemorate Jill Meagher’s murder and to “say no to violence against women” seems to suggest that other factors might also affect our perceptions of such instances of violence.

In the same way that the media’s portrayal of Jill Meagher was important, so to was that of her attacker to the context of the violence she suffered.

Jill Meagher’s murder sparked a discourse around women’s safety in the streets and parole processes, with both factors linking back to the idea that Adrian Bayley never should have had access to his victim in the first place.

In the same way that the media’s portrayal of Jill Meagher was important, so to was that of her attacker to the context of the violence she suffered. Adrian Bayley fit our traditional notions of an aggressor as someone who is a stranger to their victim; a threat we can disassociate from both the victim and ourselves.

The reality however is that women disproportionately suffer violence in the hands of those familiar to them and so hopefully when Denis Napthine claimed that there is a need to “take a stand…against violence against women” he was thinking more broadly than the narrow context of Jill Meagher’s story.

Which rights for whom?

The ‘Zoe’s law’ bill has placed the question of reproductive rights into a debate around violence – or should that be the other way around?

The NSW bill seeks to give personhood to foetuses older than 20 weeks or weighing more than 400 grams in regard to the operation of the Grievous Bodily Harm provisions of the Crimes Act 1900 (NSW).

The bill’s inception stemmed from the personal loss of Brodie Donegan, who was hit by a car while 32 weeks pregnant, causing her to subsequently lose her child.

… little attention has been given to discussing the types of violence that could give rise to the application of this amendment, or any statistical account of the rates at which pregnant women are likely to suffer various forms of violence.

Her rationale for wanting to introduce Zoe’s Law pertains to her belief in the necessity of recognising the harm done to foetuses separately from the injuries suffered by their mother as a result of offences causing grievous bodily harm.

Objections raised in response to the proposal have centred around the effect that recognising the rights of a foetus could have (even in the limited circumstances provided for by the bill) on reproductive rights and whether it could serve as a basis to challenge abortion procedures in NSW.

Despite the bill’s proposition to broaden the operation of the Grievous Bodily Harm offences, little attention has been given to discussing the types of violence that could give rise to the application of this amendment, or any statistical account of the rates at which pregnant women are likely to suffer various forms of violence.

The discourse around the proposal does however serve as a reminder that the scope of the definition of ‘violence’ can extend beyond the conventional to capture such things as medical procedures or self harm. 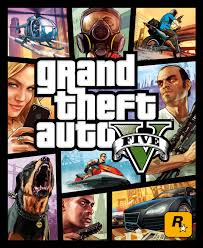 The release of the fifth instalment of Rockstar Entertainment’s Grand Theft Auto series has sparked a familiar debate about the merit and dangers of violence in entertainment.

Similarly, video games were implicated in the reporting of the shootings carried out by Aaron Alexis at a Washington navy yard on September 16. The telegraph published an article stating that Alexis would play “Call of Duty for up to 16 hours at a time” and that his friends believed it could have “pushed him towards becoming a mass murderer.”

The content of entertainment programming was called into question domestically by Free TV Australia’s proposed submission to the Australian Communications and Media Authority. The submission requests revision of the exclusion of adult programming before 8:30pm, arguing that our consumption of entertainment programs has changed so drastically as to make such a measure unnecessary, while opponents have sought to emphasise the potential link between violence in media and the school yard.

There is little doubt that the depiction of violence in entertainment has continued to proliferate across a variety of entertainment mediums, but what exactly is it about the violence in entertainment debate that so captures our attention? Is it just a convenient and distracting explanation for the violence encountered in society? Or is it the relatively low-stakes of pitting industry regulation against freedom of expression? Could it simply be that a context of abstraction is how we are most comfortable with confronting questions of violence?