This article is part of our July issue, “Australia in the World”. Click here for more articles on this issue.

Emerge is a Melbourne festival presenting new refugee and emerging artists who have recently settled in Australia. Held annually by Multicultural Arts Victoria, the festival is now in its tenth year and includes a wide variety of events over almost a two month period from May 18th to July 31st.

We’ve taken a look at two of the events that we thought were a stand out at this years festival, The Putbacks featuring Madup Chol and the annual Heartlands Refugee Art Prize.

Music is a connector – everyone from Paul Kelly to Bob Geldof knows it. The team at Multicultural Arts Victoria last week put music’s connective power front and centre, in a funktastic Remastered Myths collaboration between Melbourne band The Putbacks and Sudanese singer Madup Chol. Aiming to foster links between musicians of different backgrounds and development, Remastered Myths pulls diverse collaborators together for five development sessions. The result – in this case – was an afternoon of colourful sound at cult venue the Toff in Town. 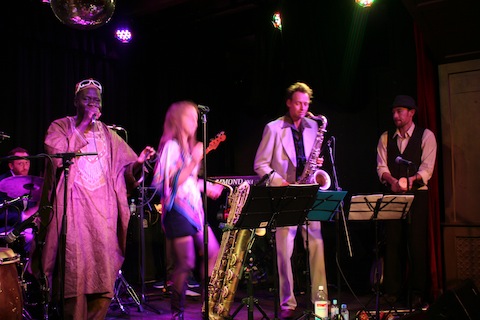 Madup Chol, a Sudanese soul singer, got his first stage practice in Khartoum’s fragile music scene in the early nineties. Yet when the civil war in Sudan began to escalate, he was forced to flee to Egypt with his family, where he continued to play and perform to the large Sudanese refugee community. Arriving in Australia in 2006, he was inspired by the music vibe and his collaboration with The Putbacks. This inspiration was evident throughout the performance: the layers of funk The Putbacks created blended effortlessly with Madup Chol’s evocative voice. It was equally clear that the musicians had reached a point of mutual understanding during the collaboration sessions, as any lulls or hitches in the music were easily played out and overcome. The Toff proved an ideal venue, its red lights and pulled blinds creating an intimate, underground vibe – emphasising the distance between urban Melbourne and the full moon ceremonies performed by Madup Chol in Sudan. Yet despite the differences, the colourful music was well matched by the setting, and both the musicians and the audience settled into an enjoyable toe-tapping comfort.

MAV says of its Remastered Myths program, “this collaboration highlights the city’s fond adoption of diverse cultures, with established bands being more and more interested in collaborating with musicians within our refugee and emerging communities.” The session embodied so well the bringing together of local musicians and emerging migrant and refugee culture, establishing an environment of experimentation and tolerance that characterises the broader Emerge festival. 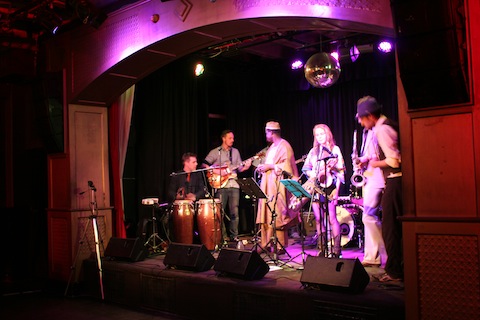 Multicultural Arts Victoria and AMES have collaborated for a fourth year to bring us the Heartlands Refugee Art Prize, a celebration of the contribution of refugee artists who have arrived in Australia since 1970. The works range in medium but run consistent with the theme ‘I wish to see’ –  inspired by the Mahatma Gandhi quote, ‘We must be the change we wish to see in the world’. 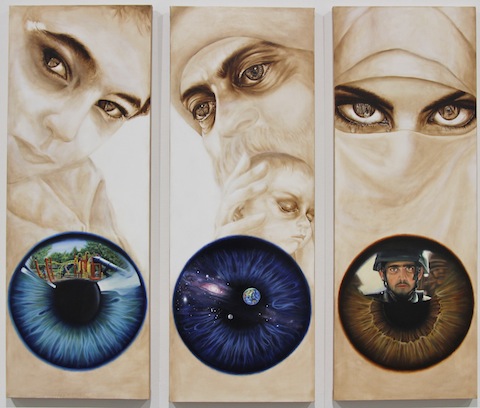 What is seen; Cannot be unseen – Hailtam Petrous Dawood (Iraq) – Oil on Canvas 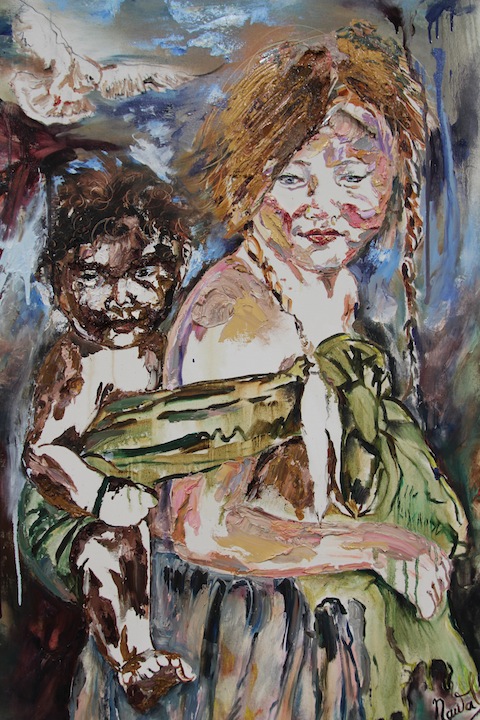 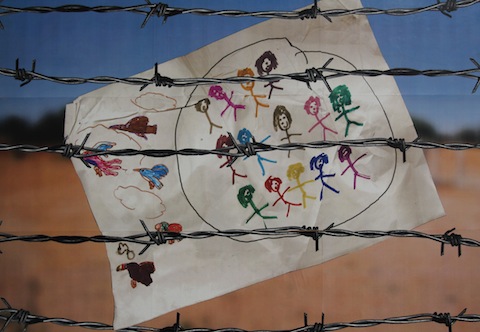 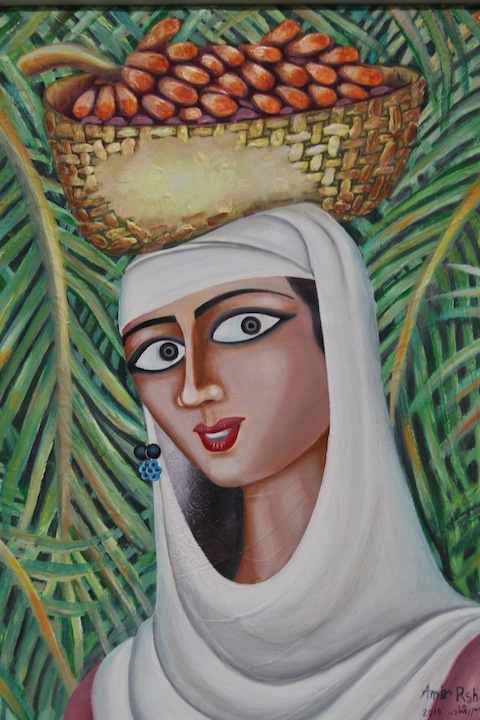 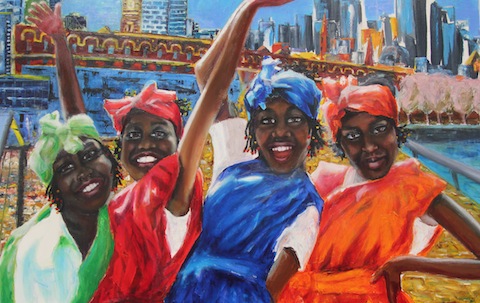 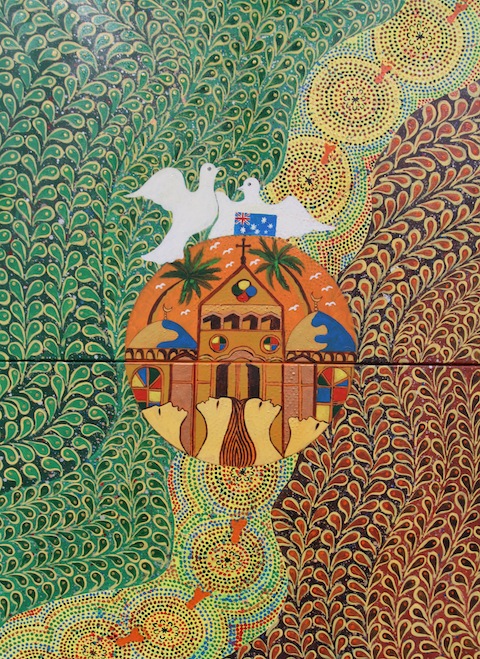 With the Unity of religions, peace will spread – Hussein Ali Zobea (Iraq) – Acrylic on canvas 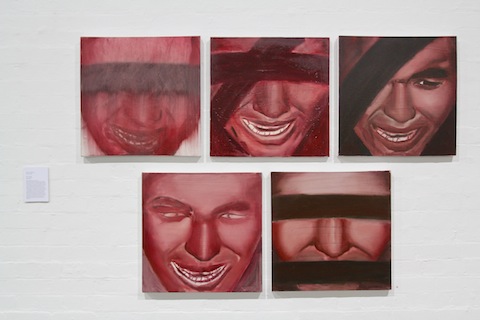 I wish to See – Mehdi Jaghuri (Afghanistan) – Oil on Canvas 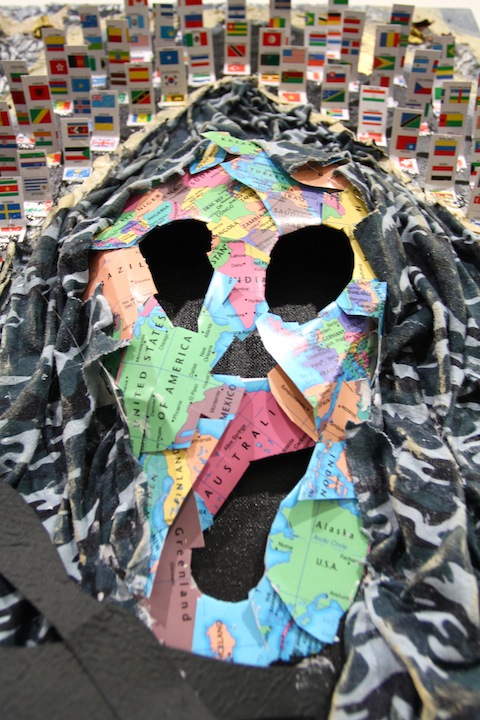 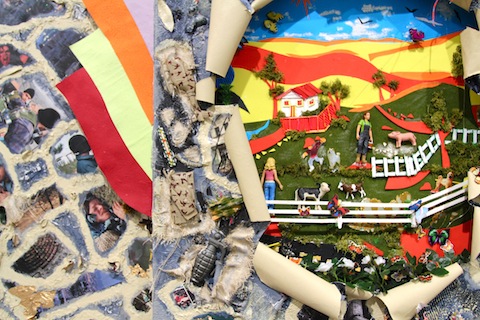