Right Now Radio’s Evelyn Tadros interviewed Sam Carrol-Bell and Ian Jones from ‘Artists for Human Rights & Action’, the organisers of the ‘Visualising Human Rights’ exhibition. You can listen to the interview here, or by clicking ‘play’ below.

Blak Dot Gallery is currently showing two human rights based exhibitions: the ‘2012 Visualising Human Rights Arts Competition Showcase’ and a preview for the upcoming Falun Gong exhibition ‘The Art of Zhen, Shan, Ren’ which opens on November 26 at The Atrium.

The ‘2012 Visualising Human Rights Art Competition Showcase’ features over forty artworks in a range of mediums including painting, sculpture, film, photography and textile. The works are by both Australian and International artists, each of whom has responded to and interpreted Articles 3 – “Everyone has the right to life, liberty and security of person” – and 4 – “No one shall be held in slavery or servitude; slavery and the slave trade shall be prohibited in all their forms” – of the Universal Declaration of Human Rights. The highlight of the exhibition is a glass sculpture by Susan Reddrop entitled ‘Table Ornament for Diplomacy.’ The work is a casting of the infamous image of naked Abu Ghraib prisoners who were forced to position themselves in pyramid formation by American armed forces. As the work translates image to sculpture, the immediacy of violence in human rights abuse is removed and reduced to an abstract ‘coffee table discussion,’ forcing those who partake in conversation without action to sit in what Reddrop describes as ‘damning silence.’ Essentially, the passive viewer becomes perpetrator, alluding to notions of collective guilt. 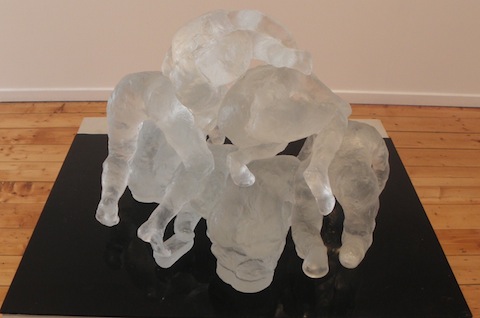 The second exhibition, ‘The Art of Zhen, Shan, Ren’ features approximately 10 photographic reproductions of oil paintings by predominately Chinese artists who have faced persecution as practitioners of Falun Gong. The works aim to educate the viewer about the discipline of Falun Gong – which is based on the principles of Truth (Zhen), Compassion (Shan) and Tolerance (Ren) – and also to document the ongoing acts of violence Falun Gong advocates endure in China today, as recently reported by lawyer David Matas. While many of the images graphically depict the atrocities of forced organ harvesting and torture, the practitioners are often depicted grasping to the ‘Falun’ in an act of courageous resistance. One of the most poignant works, ‘Golden Lotus’ by Daci Shen, depicts the bodies of a murdered mother and baby amongst a field of lotus flowers, symbolising the impermanence of the corporeal and the endurance of Truth, Compassion and Tolerance.

The images below were generously provided by the event organisers Artists for Human Rights and Action. 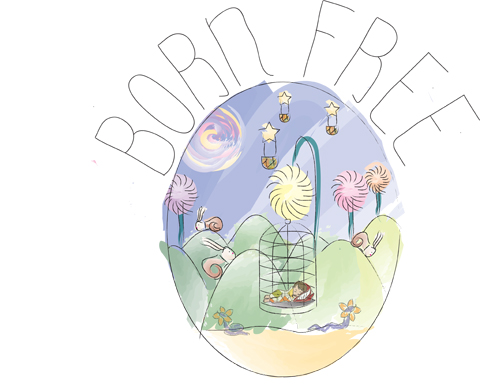 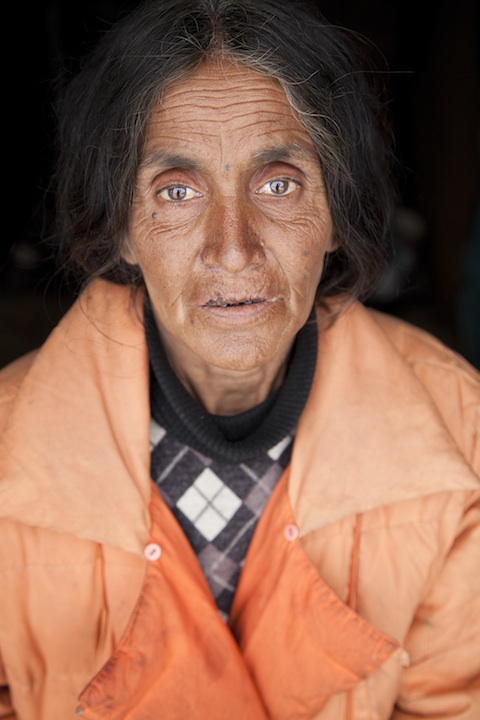 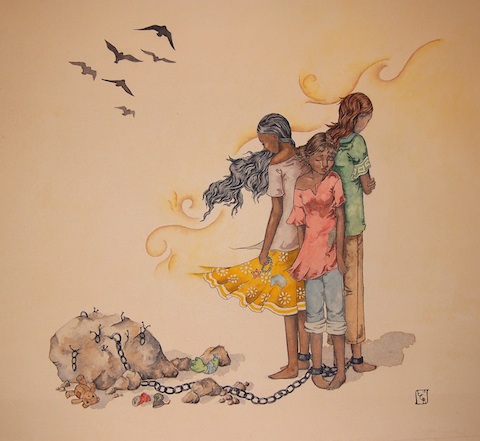 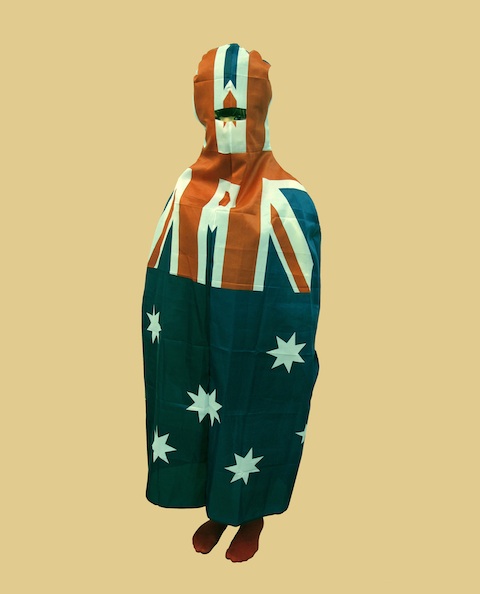 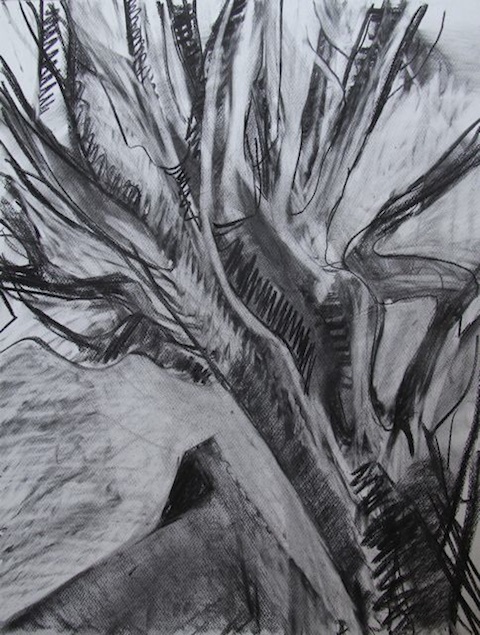 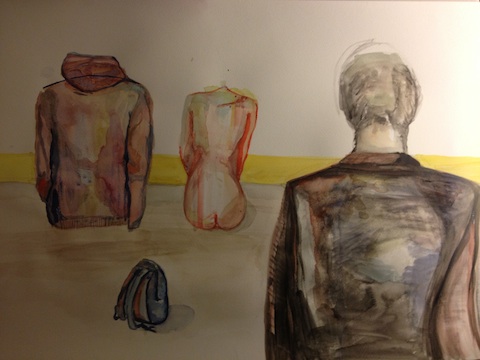 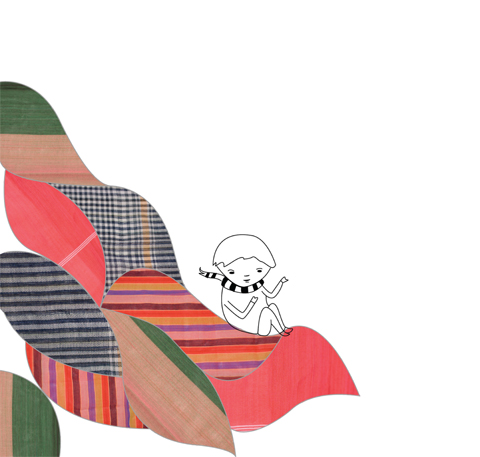 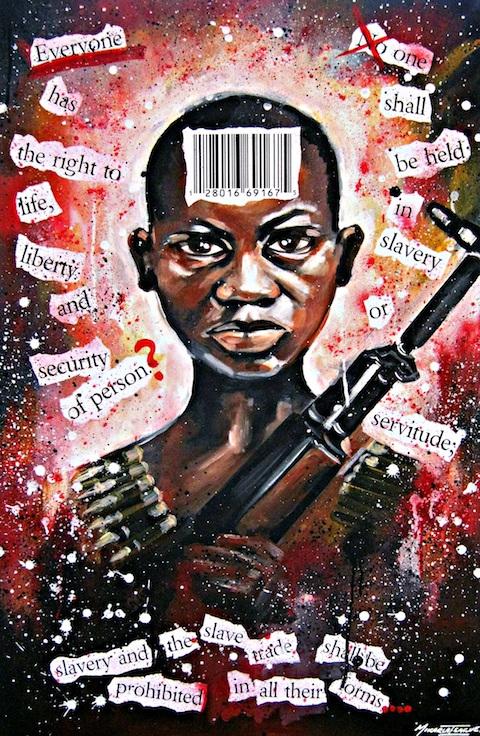 Works as part of the Art of Zhen, Shan, Ren will also be showcased at Federation Square from 26-30 November.