Arts Access Australia (AAA) is a disability led organisation improving access to the arts for people living with disability. Each year they host the AAA Art Prize, which this year attracted 110 submissions from 70 different artists. The exhibition opened Tuesday 30th October at The Concourse Art Space in Sydney with the winner of the prize announced Thursday 1st November. As Australia’s only national art prize for people with disability, Right Now is very pleased to feature a collection of the shortlisted work including the prize winner and winner of the people’s choice award.

Peter’s early training in glaze combinations with pottery at the Monte Lupo Pottery Studio contributed to his interest in and strong use of colour in his paintings. Painting enables Peter to respond to experiences and people in his life and social issues he views from media. Peter combines text and figures in his work to create visually strong images. This painting was inspired by a family friend, Eleanor. 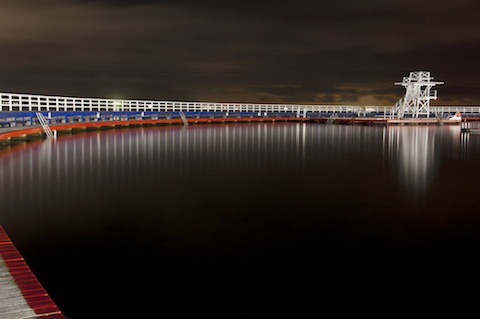 Winner of the Peoples Choice Award

The key to the world around Andrew is through his camera. The lens becomes his eyes, the shutter his very existence, the computer his medium of vision enabling him for the first time to see the world more clearly. In the last two years Andrew has exhibited his work in numerous galleries and is looking forward to expanding his market internationally. 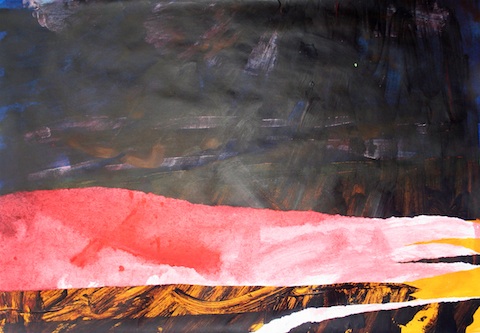 The interest in ‘Dark Landscape’ lies as much in the background as the foreground, where shapes in the shadows invite closer scrutiny. 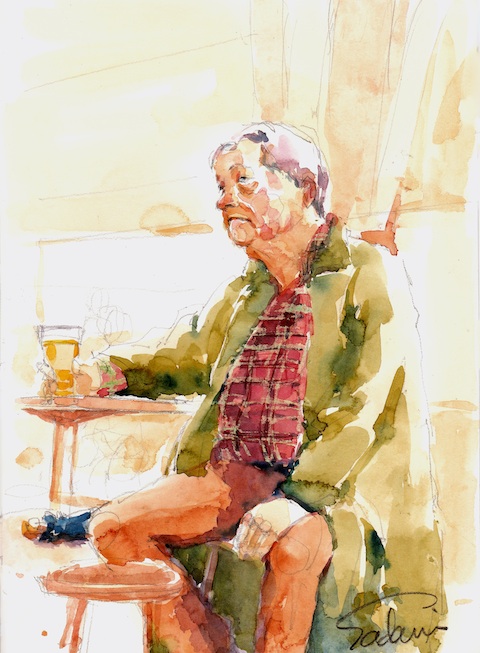 Sadami says this work is a “man in melancholy [who] silently kept drinking beer. But kind enough to sit for me, a stranger. Only for a moment, we had a very deep communication without a word.” 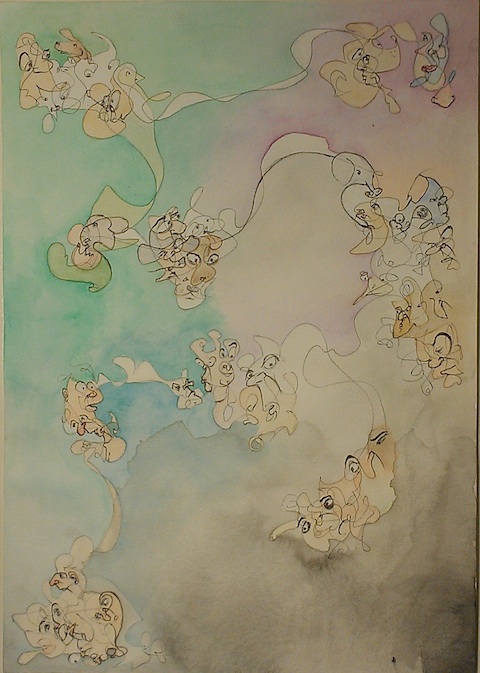 This work is a visual representation of the heightened anxiety Prue experiences associated with her High Functioning Autism Spectrum diagnosis of Aspergers syndrome, overlaid on the physical journey between Point A (her Old Art School) to Point B (her New Art School). 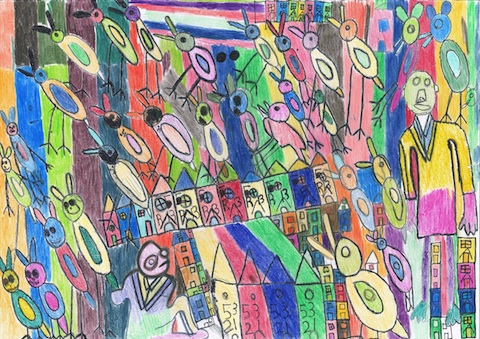 Created over Easter, this image is a recording of the artist’s holiday break. 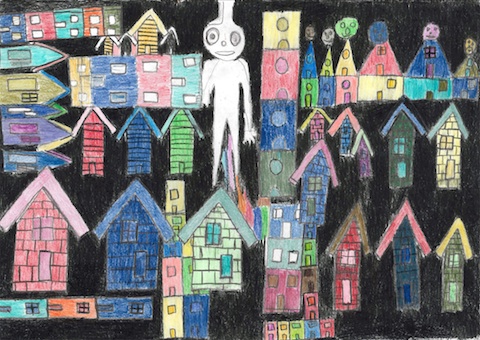 In ‘Spaceman’, a dream-like figure has been implanted into familiar territory, making the everyday surreal. 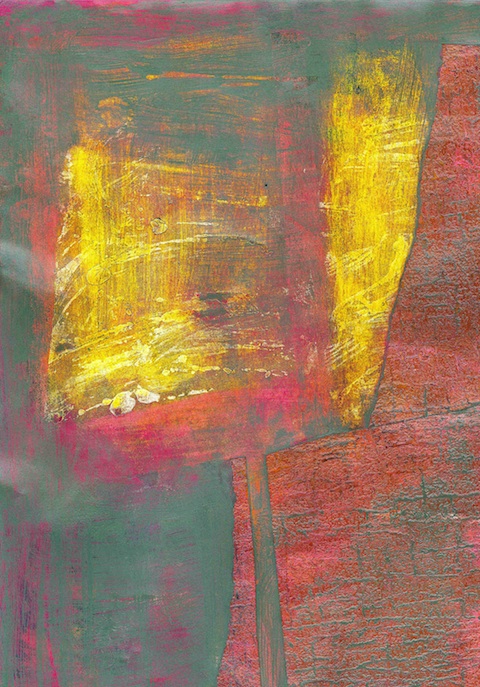 Fanny chose a strong yellow statement colour for this work, to create atmosphere within a simple composition. 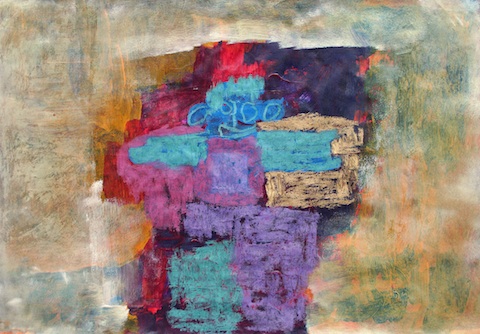 This lovingly crafted piece reflects the joy of good friendships. 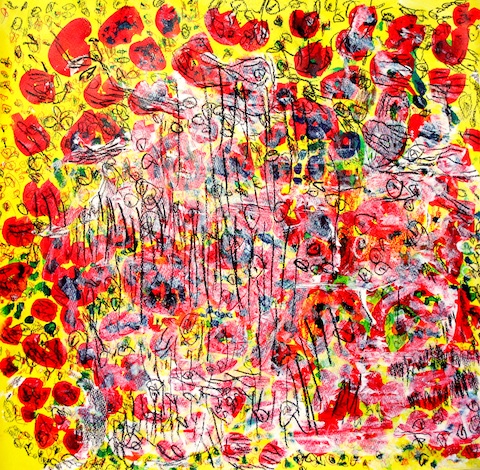 This work represents a large fire that the artist witnessed many years ago. 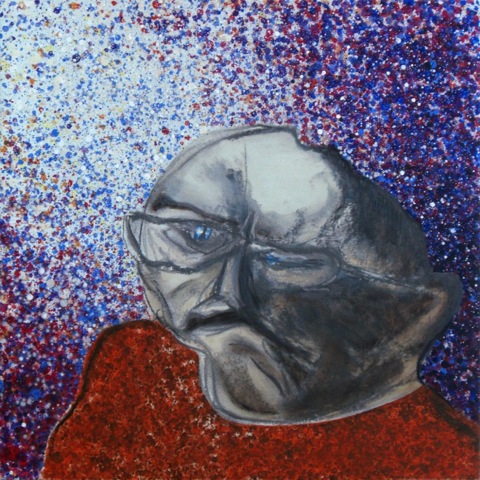 Guy Morgan’s entry Self Portrait After Retinal Detachment is one of the 27 finalist in the national Arts Access Australia Art Award. He is taking the opportunity to warn others of the early signs of retinal detachment and to immediately consult an eye doctor should they experience a shadow, flashes or a sudden increase of floaters in the eye.

Late last year he suffered an 80% detachment of the retina from the macula (centre of the eye) and he now suffers permanent visual distortion in his left eye. His self-portrait shows how he sees himself with this eye. Another version of the work was a finalist in this year’s Mosman Art Prize.

You can view and vote for his portrait and all other AAA Art Award finalists until the end of October in the peoples choice award on http://artsaccessaustralia.org/news/aaa-art-prize/ or go to http://guymorgan.com/about-the-artist/

The shortlisted works are currently on display at the The Concourse Art Space in Sydney as part of the Arts Activated conference until 4th November 2012. Click here for more details.