Now in its 29th year, the diverse events program aims to have a lasting effect on the City of Melbourne. “Almost all involve international collaborations of some sort, providing invaluable opportunities to artists of today and tomorrow, ensuring that the Festival’s impact is not over in 17 days,” says Festival Director, Josephine Ridges.

With over 100 events that celebrate arts and culture from across the globe, Right Now shares its picks for the festival: a selection of events that explore themes of politics, freedom, protest, human rights and equality – and will hopefully have a lasting impact on your relationship with the world around you.

MURRU is a musical tribute to John Pat, a young Yindjibarndi man who died in custody 30 years ago, sparking a royal commission and shining a spotlight on the increasing rates of Indigenous incarceration in our country. Co-written by inmates from the Roebourne prison, MURRU is an exuberant and heartbreaking celebration of our country – a hymn to the land and its people, a remembrance of those we’ve lost and a paean of hope for the future.
Performers include Angus Smith, Archie Roach, Bryan Retter, Cho Cleary David Hyams, Dudley Billing, Emma Donovan, Harry Hookey, Jae Laffer (The Panics), John Bennett, Josie Alec, Kevin Murphy, Lucky Oceans, Mel Robinson, Nate Gilkes, Roy Evans, Trevor Jamieson, Tyson Mowarin, Patrick Churnside and Wendy Matthews.

Hipbone Sticking Out – Theatre (AUS)
When 16-year-old Yindjibarndi man John Pat died in a Roebourne lockup in 1983, it was more than a singular tragedy – it was part of a longer story, one that for 150 years had denied Indigenous people in the Pilbara the power to speak. Set against a backdrop depicting Murujuga – the world’s largest outdoor rock art gallery – this stellar cast create a tour de force story that places the Pilbara at the centre of world history. 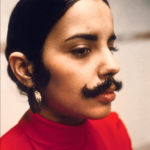 Meet the activists, performers, painters and dancers who put their art on the line for their ideals. From director Lynn Hershman Leeson comes this history of one of the most significant art movements of the late 20th century: the struggle to break down the barriers facing women in the art world.

When Salma turned 13, her Tamil family locked her up for 25 years, forbidding her to study and forcing her into marriage. Kim Longinotto (Pink Saris) charts the remarkable journey that saw Salma become one of India’s most famous poets and an ardent activist, challenging the injustice of deep-seated traditions.

Through A Lens Darkly – Film (USA) 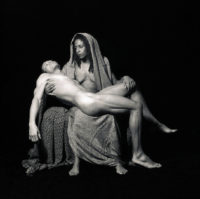 In this award-winning documentary, Thomas Allen Harris uses photos from his own family album to show how images of “blackness” have affected his family and sense of self-worth as an African-American, making for a powerful testament to the redemptive powers of creativity.

Being an actress in Afghanistan is a tenuous profession, as Greek director Anneta Papathanassiou discovers when she visits Kabul to teach ancient Greek theatre. Facing harsh criticism, exile and worse, the actresses are caught in the crosshairs of a fundamental struggle between art and culture.

The Sheik and I – Film (USA/United Arab Emirates)

When asked by the Emirate of Sharjah to make a film about “art as a subversive act”, filmmaker Caveh Zahedi was given one rule: don’t make fun of the sheik. So he did, a lot – making for a satirical, blasphemous frolic through free speech in the Middle East.

One in Two: Juvenile Injustice – Talks (AUS)
Every second young person in detention in Australia is Indigenous. The human impact of this confronting statistic is the destruction of families, the weakening of communities and the inadvertent creation of a training ground for young criminals. This forum looks at the work of arts company Big hART, using its practical approach as a jumping-off point for a discussion of effective ways to tackle the tragic reality of juvenile incarceration.

Presented in partnership with The Wheeler Centre, Art and Change series

A darkly humorous exploration of identity in the age of social media, Complexity of Belonging peers into the lives of nine interconnected individuals as they grapple with an essential question: how and where do I belong? Nationality, gender, sexuality and history collide in this audacious, theatrical exposé of the daily trials of surviving in a hyper-connected, globalised society.