On the 28 August 2012, the ‘No to Homophobia’ campaign, which aims to put an end to the harassment and discrimination of gay, lesbian, bisexual, transgender, intersex and queer (GLBTIQ) people, was officially launched by Victorian Mental Health Minister Mary Wooldridge at Victoria’s Parliament House. This campaign is the result of collaboration between various organisations, including the ALSO Foundation, Victorian Gay and Lesbian Rights Lobby, Transgender Victoria and the Anti-Violence Project of Victoria. It has also received support from the Human Rights Law Centre, Headspace and the Victorian Equal Opportunity and Human Rights Commission.

For the first time, television ads featuring examples of homophobia, biphobia and transphobia are now shown nationally (and can be viewed online). Along with social media initiatives, the campaign also has a website, which has pages that offer advice about what constitutes harassment and discrimination, how to take action and to find support. 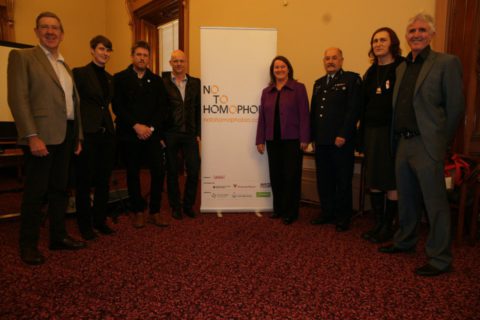 At the launch, Mary Wooldridge noted that harassment of GLBTIQ people can have adverse effects on people’s mental health, such as the development of anxiety and depression. Gus Johnston, who came out publically as gay in 2011, said that “whenever homophobia is accepted and defended, it reinforces a great wall of discrimination … a lonely place where I spent nearly half my life, where I struggled with my own self-worth and battled with demons no one, least of all a young person, should have to face”.

Wooldridge also said that “culture is hard to change” and the question has to be asked: will this campaign help change? At the launch, I spoke with a few people who helped the campaign form by sharing their stories. Understandably, given how prevalent GLBTIQ harassment and discrimination can seem, they were cautiously optimistic about the effects the campaign might have. John, one participant who identifies as a transvestite (male identified but wears women’s clothing) responded that “I’m feeling quietly optimistic about the campaign, though I feel further ones like this will be needed in the future, possibly with a sterner voice”.

Indeed, it seems that this campaign has been constructed in a very g-rated way. The ads feature verbal harassment, rather than, say, physical acts of violence. The website also uses simple descriptions of identities, which, it could be argued don’t portray reality to the full extent. On the other hand it might succeed in reaching a wider audience; that is, people who do not have much knowledge about the GLBTIQ members of the community – and that in itself is a worthwhile outcome. And as the first campaign of its kind to be shown on television, it is arguably already ground-breaking.

As with all campaigns, only time will tell if this one succeeds in its aims. 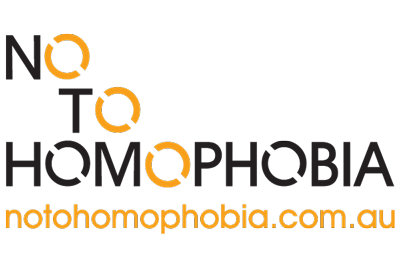