By Scott Ludlam This article is part of our August theme, which focuses on the environment and human rights. Read more articles on this theme.

The government is attempting to force a nuclear waste facility on to Muckaty Station, a cattle station 120 kilometres from Tennant Creek in the Northern Territory, in direct violation of the commitments the ALP made in the run-up to the 2007 election. The proposal is strongly contested and the subject of a Federal Court challenge in which Traditional Owners argue they were not consulted by the Northern Land Council. They also argue that the proposed site is not one the Commonwealth can negotiate with one group of Owners given that at least five groups have interconnected and interwoven responsibility there. Matters do not reach the Federal Court on a whim; the Muckaty case goes to the heart of respect for Aboriginal land rights, and whether Australia will violate the UN Declaration on the Rights of Indigenous Peoples that prohibits storage of disposal of hazardous materials in the lands or territories of indigenous peoples without their free, prior and informed consent.

I was working as an adviser to Senator Rachael Siewert in 2005 when the Howard Government rammed the Commonwealth Radioactive Waste Management Act through the Senate. During that same sitting fortnight the Work Choices legislation was pushed through, as was Welfare to Work, the abolition of compulsory student unionism and the infamous terror laws.

At the time, the ALP condemned the nuclear dump legislation, with MPs and Senators accurately describing it as extreme, arrogant, heavy-handed, draconian, sorry, sordid, extraordinary and profoundly shameful. The ALP took a very clear and unequivocal position on this issue into the closing months of the 2007 election campaign.

The failure of the Committee to visit Muckaty or hold a hearing in Tennant Creek undermines the accuracy of claims about the process engaging all stakeholders.

The party’s platform of that time reflected that Labor was “committed to a responsible, mature and international best practice approach to radioactive waste management in Australia” and would “establish a process for identifying suitable sites that is scientific, transparent, accountable, fair and allows access to appeal mechanisms.” There was also a commitment to “international best practice scientific processes to underpin Australia’s radioactive waste management, including transportation and storage.”

That clear and sound position taken by the ALP makes their actions in office all the more bitterly disappointing. 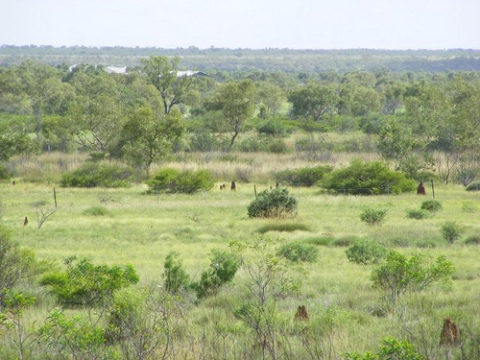 The first thing that happened subsequent to the Rudd Government taking office after the 2007 election was that radioactive waste management issues were mysteriously taken out of the science portfolio, where they had been right through the period of the Howard government and well before, and given to Martin Ferguson in the resources and industry portfolio. To transfer radioactive waste management from the science portfolio to the resources portfolio was to give it to somebody with absolutely no expertise, no subtlety and no willingness to follow through with the ALP’s election commitment.

Instead of repealing the legislation and replacing it with something scientifically defensible that actually brings the community along, the government did nothing for two years. While waiting, I proposed a very simple repeal Bill and a Senate Environment, Communications and Arts Committee inquiry ensued, the Committee travelling to Alice Springs to hear from elders and agencies. While we had some additional comments, the Australian Greens signed on to the majority report because it said that the government should do what they said they would do when in Opposition.

In 2010, the government introduced legislation that was virtually identical to Howard’s, much to the pleasure of Opposition MPs who teased the government mercilessly for duplicating their policy. The legislation overrides Aboriginal heritage and environment protection laws and also excludes all State and Territory laws from operating if they hinder the Commonwealth. As with Howard’s legislation, the people of the Muckaty Land Trust, 120 km north of Tennant Creek continue to be targeted and specifically named.

The government tried to hide their broken election commitment with an 11-day inquiry into the Bill in the Legal and Constitutional Committee. After an outcry, the timeframe was extended and the Committee received 238 submissions that were overwhelmingly critical of the legislation particularly the extent to which it retained one nomination, that of Muckaty, and shielded it from procedural fairness and access to judicial review. The Committee was repeatedly called to go to Tennant Creek and was unwilling to do so. Had it done so it would have helped to compensate for the fact that providing rights to Aboriginal people to be heard in written form only is prejudicial. The failure of the Committee to visit Muckaty or hold a hearing in Tennant Creek undermines the accuracy of claims about the process engaging all stakeholders.

Disadvantaged people volunteering their land as a site for financial reward is not international best practice, and nor is it scientific.

The Greens dissented from the Inquiry outcome that supported the legislation, demonstrating again just how far removed ALP members were from their own policy platform. The Committee did call on Minister Ferguson to undertake consultations with all parties with an interest in, or who would be affected by, a decision to select the Muckaty Station site as the location for the national radioactive waste facility. The Minister has refused to face the very people who have begged him to visit their land.

The Traditional Owners wish to explain that the Muckaty Land Trust was granted to five groups in common due to interconnected responsibilities and song lines. The government has isolated a small number of people, declaring them as exclusive owners of the designed land, resting their case entirely on a secret anthropological report that contradicts the anthropological reports that established the Land Trust.  Evidence taken through submissions and public hearings during the Committee’s own Inquiries makes it clear that the lands of Muckaty station are not carved up in the fashion the secret Northern Land Council anthropology report purports.

The Greens fought the Bill for two years, and while it did pass in March 2012, we secured an amendment to the law to ensure no international nuclear waste is stored in Australia. The impact on the Traditional Owners of Muckaty continues as it has for seven long years since Howard’s law was first passed. The Public Health Association has detailed the stress that results from disempowerment, when there is a lack of confidence in decision making, when people do not have a say, when people have not been consulted, when their opinions are not taken into account, and when they have not been properly dealt with as individuals. The impact of these circumstances on Aboriginal people is very real, and is one of the contributing factors to illness, stress and a 17-year gap of mortality between Aboriginal and non-Aboriginal Australians. The ALP’s actions throughout are a shameful indictment on the government’s handling of Aboriginal people’s rights, livelihoods and future.

Disadvantaged people volunteering their land as a site for financial reward is not international best practice, and nor is it scientific. In order to establish a process for site selection based on science, consultation, consent and international best practice, the Australian Greens propose the establishment of an Independent Commission on the Long Term Safe Storage, Transport and Management of Australia’s Radioactive Waste. Through such a Commission, Australia could responsibly deal with the 4020 cubic metres of so-called low-level and short-lived intermediate radioactive waste and the approximately 600 cubic metres of long lived waste in this country.  Through such a Commission, Australia could responsibility deal with the 32 cubic metres of spent research reactor fuel that is returning to Australia from reprocessing in France and the UK in 2015-16. We need a body that has the skills and expertise to determine what is the safest and most sustainable way to deal with this waste, rather than banishing it to a shed built on the land of people who don’t want it there, watched by two security guards rather than qualified technicians.

A peace and environmental activist for more than a decade, Scott Ludlam is the Australian Greens Senator for Western Australia. He is a seasoned campaigner for a nuclear-free future, social justice and environmental protection. With a policy background in sustainable development, he is passionate about ensuring a prosperous and fair future for all Australians as we transition to a low carbon economy.

Scott believes one way to reduce our emissions and build healthier more sustainable communities is by the strategic direction of funding into public transport. He is campaigning for a light rail network for metropolitan Perth, rapid transit in all Australian cities and a High Speed Rail link on the east coast connecting Brisbane, Sydney, Canberra and Melbourne.

A film maker, artist and graphic designer by trade, Scott created a compelling 30-minute documentary in 2007 on why nuclear energy is not the solution to climate change, titled ‘Climate of Hope’.