Mark Holcroft’s fatal heart attack in a prisoner transport van on 27 August, 2009 highlights the widespread flaws and reluctance for reform in the Australian correctional system. The results of an inquest by NSW State Coroner Paul McMahon were released in August of this year, identifying multiple failures by NSW Correctional Services and making a series of recommendations for improvement. However none of these go far enough. 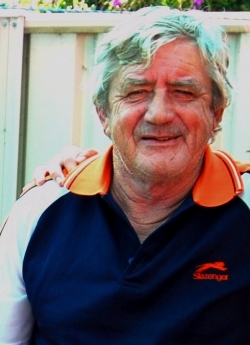 On 20 August, 2009 Mr Holcroft reported chest pains to a nurse at Silverwater Correctional Centre, where he was serving a seven-month sentence for drink driving. The nurse gave the 59-year-old Anginine tablets, organized an electrocardiogram (ECG) and referred him to Justice Health doctor, Suresh Badami. Dr Badami organized a second ECG, before concluding no change had occurred and scheduling a review for one week later.

During the coronial inquest Dr Badami conceded he should have recognized the serious cardiac condition, and that the appropriate action would have been to transfer Mr Holcroft to hospital. The coroner’s inquest found Justice Health was primarily to blame for the death of Mr Holcroft.

If the “tests had been read properly Mr Holcroft wouldn’t have been in that van that day,” says Peter Dodd, solicitor from the Public Interest Advocacy Centre (PIAC) who represented the Holcroft family during the inquest. “He would have been in hospital recovering from an operation.”

One week after the misdiagnosis, Mr Holcroft and several other inmates were due to undertake a five-hour journey from Bathurst to Mannus. Before entering the van at approximately 8am, nurse Kate Douglas asked the inmates if they had any flu-like symptoms. According to five of the inmates who travelled in the van that morning, Mr Holcroft asked Ms Douglas for medication but was refused. At the inquest Ms Douglas denied the request was made and said she had no specific memory of the morning in question.

The inmates were then escorted into the van. They were given no food, water or toilet breaks for the duration of the journey, forcing inmates to urinate in the transport vehicle.

When the van was less than an hour away from Mannus, Mr Holcroft suffered a heart attack. The inmates in his compartment began to bang on the walls and floor to gain the attention of the two Department of Correctional Services Officers (DCS) in the front of the van. Indeed, the inmates in the front compartment heard the distress coming from Mr Holcroft’s compartment and also took up the banging to gain the attention of the DCS.

There was no system for the prisoners to communicate with the DCS at the front of the van. DCS Peter Sheppard was not driving and had access to a functioning surveillance camera. He testified at the inquest that he heard and saw a commotion but did not think it was of importance and made no effort to investigate the cause. The inmates tried in vain for 40 minutes to alert the attention of the DCS. Mark Holcroft was dead on arrival in Mannus.

In addition to identifying inadequate facilities, such as a two-way communication system between inmates and DCS officers, the coroner recommended disciplinary action against Sheppard. “He either did not look to see what was happening in the other compartments or, if he did look, he was not telling the truth about what he saw. Either way, his attitude to his duties as a Corrective Services Officer was totally inappropriate.”

The inmates tried in vain for 40 minutes to alert the attention of the DCS. Mark Holcroft was dead on arrival in Mannus.

The scope and severity of staff oversights and the lack of facilities demonstrates that the system failed Holcroft, not once, but multiple times. The systematic shortcomings of NSW Correctional Services cannot be rectified through a limited scope of changes. “There’s a cultural problem with corrections and the drivers seem to be more concerned about following the rules than looking after the duty of care to the inmates,” says Dodd. “There are standards, international standards, national standards for the treatment of prisoners. We want NSW Corrections practice to reflect that. Sadly when you look at the Holcroft inquest as a whole, you’ve got to question whether that occurred.” Dodd believes that more emphasis should be placed upon respecting prisoners’ needs and rights. Specific policy changes will only have a lasting effect if the underlying prison culture is tackled simultaneously.

“It’s a very sad thing that people have to die in that way before there are changes.”

The death of Mr Holcroft is reminiscent of the 2008 death in custody of Mr Ward who was driven across the desert in a prisoner transport van without water or air-conditioning. The van reached 47 degrees Celsius, causing Mr Ward, whose first name is not used in respect to Aboriginal custom, to collapse, dying shortly after arrival in Kalgoorlie. “That was an awful, appalling thing,” says Dodd, “Mr Ward virtually cooked in the van.”

Since Mr Ward’s death, Western Australian Correctional Services have made significant improvements in their prisoner transport vehicles. But, as Mr Dodd points out, Western Australia’s Independent Inspectorate had made many recommendations for improvement of prisoner transport prior to Mr Ward’s death. “It’s a very sad thing that people have to die in that way before there are changes.”

Although the WA Independent Inspectorate was unable to effect reform before Mr Ward’s death, Mr Dodd still believes an independent body is needed to scrutinize prison conditions and prevent more deaths in custody. There is no such independent body in NSW. Mr Dodd hopes Australia will ratify the United Nations Optional Protocol to the Convention against Torture (OPCAT). Ratifying OPCAT, “would be a tremendous reform,” as it would require all states to set up independent prison inspectorates. The inspectorate could make independent assessment of prisons and prisoner conditions. Mr Dodd believes the inspectorate would combat the lack of accountability in Australia’s prison systems.

For example, Goulburn’s Super-Maximum Security Prison was heavily criticised by NSW Coroner Dorelle Pinch in 2006 after the suicide of a mentally-ill inmate who was placed in solitary confinement for two-years against medical advice. Mr Dodd feels that recommendations made by the coroner are still not being followed. The Super-Max is not obliged to follow the coroner’s recommendations and there is limited scope for independent bodies such as PIAC to establish what conditions are like inside.

Mr Dodd is more pleased with the response by NSW Corrective Services to Mr Holcroft’s case. “To be fair Corrections does respond to the coroner’s recommendations. They don’t have to, but they do.” However he insists an independent inspectorate is still of upmost importance. “[It] provides that accountability and hopefully if you get that sort of mechanism then you don’t have to have people die before anything happens.”

The Australian Government signed OPCAT in May 2009, and has repeatedly announced its commitment to ratifying the Optional Protocol. “Consultations are continuing with State and Territory Governments on steps to ratify the Optional Protocol” said a spokesperson from the Attorney General’s Office, adding that the process was “complex.” As long as the timetable for ratification remains to be established, it remains to be seen whether the Australian Government is committed to independent accountability mechanisms for prisons.