I encountered Tammy’s name several times on the Facebook group “Asian Australian Studies Research Network” before I met her in person. Her commitment to the niche subject of cross-cultural identities really stood out to me. I added her to the “people to look up” list in my head. When I finally met her, she was as bright, bubbly and generous with her teaching of hyphenated identities and social harmony as I had expected.

Tammy’s grandparents on her father’s side had been born in Australia – in fact, her grandmother could hardly speak Cantonese and spoke through a thick Australian country accent. On the contrary, her mother (born in Macau) had a strong Chinese sensibility.

Her complex family history and experience has spilled into her various occupations. They are coloured by the theme of a fragmented identity that occupies multiple cultures.

Originally trained as an artist, Tammy’s early years of development led to her job at Chinese-art.com (the Encyclopedia of Contemporary Chinese Culture) and she gained exposure to contemporary artists and the underground art scene in China. She found it to be an eye-opening experience particularly because of Beijing’s rapid urbanisation that placed society within unprecedented social and cultural contexts.

Since then, she has had various experiences relating to Chinese culture, particularly during her time investigating the Chinese diaspora in Australia at the the Chinese Museum in Melbourne. Tammy learned that although she and her colleagues shared the same Chinese heritage, their identities could not be compared.

Through this experience, she understood the complexity of “being Chinese”. The term Chinese tried to encapsulate a variety of identities, but she learned that there is no singular “Chinese culture” – but instead there is a more pluralistic range of “Chinese cultures”.

As a result of these varied experiences, many of Tammy’s projects focus on social history narratives of migrants and diasporic communities. She calls them “public-based socially engaged art projects”.

As she completed her PhD on cities and urban projects (she called her thesis “The City as a Curated Space”), she has continued to develop art projects that focus on the relationship shared by place, space and community. She has looked at issues such as the inequality and marginalisation of migrants in Melbourne communities. 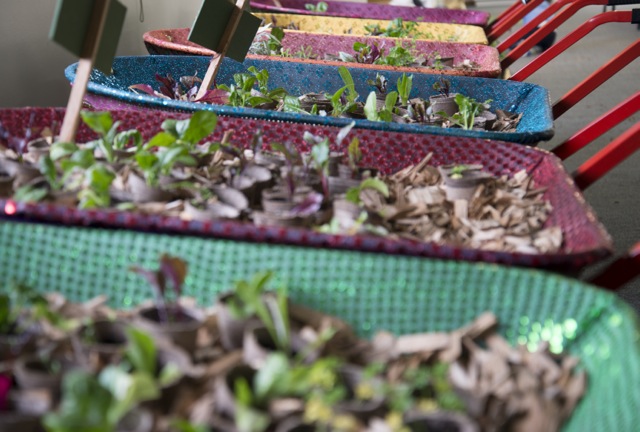 For “Artists Incubator: Glenroy”, she acted as artist, curator, researcher and project manager. Tammy focused on Glenroy because she noticed that the northern suburbs had a lot of migrants, substandard infrastructure and a high level of social problems. She hoped to investigate the use of art to build urban community relationships and interconnection in the local area. Glenroy, it seemed, held a reputation as disadvantaged migrant neighbourhood.

During her art research project “Flavours of Glenroy”, Tammy learned about the modes of cultural expression in a migrant community. She discovered that migrants expressed their culture through physical and tangible modes, such as food and textiles. 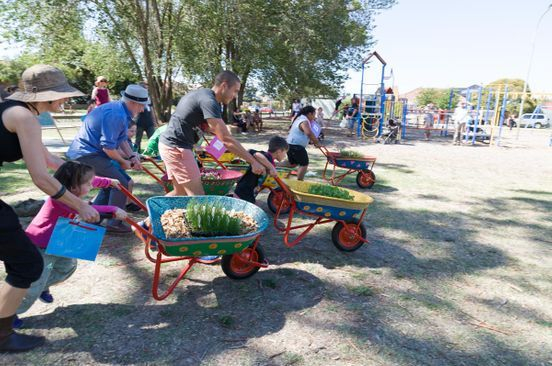 Based on her personal observations, Tammy (and her artist collaborator, Rowena Booth) set up a public art intervention on the theme of gardens that aimed to capture and connect the community to place.

“We created a fleet of mobile edible gardens. We made sure the materials were sourced as locally as possible. We installed them in a public event and invited the public to engage in dialogue over gardening to reclaim the public spaces of neighborhood through art, dialogue and connectivity,” says Tammy.

“On the surface, it may be considered disadvantaged but it is also a suburb that has layers of cultural influence brought by the diversity of migrants. It’s also a globally connected place – it’s a transnational ‘Australian Dream’ suburb linked to so many other places and its character should be celebrated,” says Tammy. 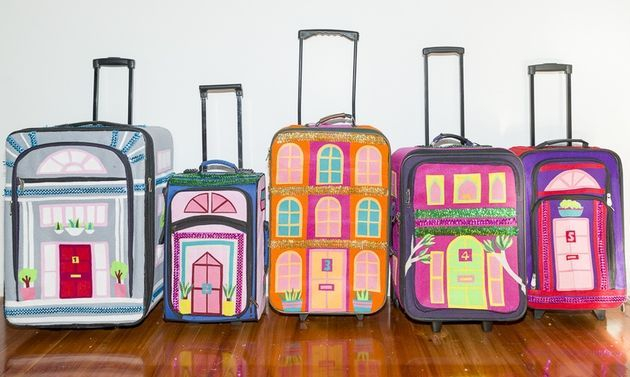 Belonging and the Transient Home, Broadmeadows

Tammy set up another project in collaboration with VIGSEG Asylum Seekers Social Health Group in the neighbouring suburb, Broadmeadows, called Belonging and the Transient Home. Her project targeted on participants from a Persian background that had been in the midst of re-setting their roots in Australia.

The participants had bridging visas to obtain asylum seeker status so they had restrictions placed on employment, access to other services and the level of support they could receive.

To counter social isolation as they had left their support systems back home, Tammy hoped to introduce participants to local services, to each other and strengthen their ties to the local community.

The project aimed to explore the concept of home through the eyes of a migrant.

She consulted Iranian artist Sofi Basseghi about the material culture in her country. Apparently, people exchanged ceramic good luck charms for the Persian New Year. So Tammy asked the group to make these charms based on designs familiar to them. 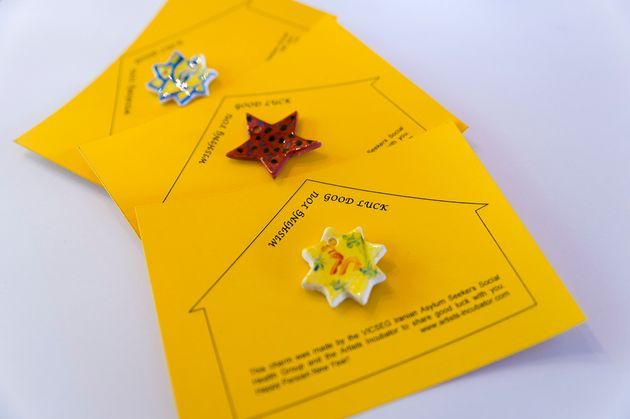 The members of the group were involved in creating ceramic good luck charms, based on the custom of giving good luck charms to friends and family during the Persian New Year. Photo: Tammy Wong Hulbert © 2018

Tammy partnered with the Broadmeadows Street Festival to present the women’s charms. “The festival was a great opportunity to show what the families had achieved, it helped them to develop their pride by connecting to the new community,” she says.

Through this opportunity, the participants had the opportunity to meet the Mayor of Hume (Helen Patsikatheodorou) and were photographed by local media.

“I wanted to work in a more socially engaged way, because through my work I experienced the confidence that creative expression had in my own life; being able to express an idea, take ownership of that expression and seeing people connect to it can be an empowering experience. I wanted to be able to share that experience with people in our own communities which are vulnerable, to help them build resilience,” says Tammy.

Anonymous Sojourners in the Australian Bush from Tammy Wong Hulbert on Vimeo.

Tammy’s public art project, “Anonymous Sojourners in the Australian Bush”, focused on developing a project based on marginalised, social history in relations to the landscape of St Andrews in Victoria.

This project also tapped into her interest in social history narratives of the Chinese diasporic community.

She gave St Andrews in the Yarra Valley, an area that is commonly linked to its culture of farming, a “migrant reading” and a “contemporary interpretation”. At present, the area has less people of diverse backgrounds, so she found it fascinating to discover a forgotten Chinese community.

Most locals have forgotten that the area has a mining history. There is, in fact, a cemetery of 35 miners dating back to the 1850s.

The miners had come as sojourners from China. Sojourners typically live temporarily in a country to raise money and hope to return home once they have earned enough money to build a better life for themselves. Unfortunately, these miners did not survive the harsh conditions of the mining sites and did not return home as planned.

Tammy cites “On a Tranquil Night, by Li Bai, a poem from the Tang Dynasty (6th Century BC), as an influence for her project. The poem articulated Li Bai’s thoughts of home, missing home and travels on the Silk Road. The poem emphasised a longing for a family reunion and complemented the miner’s feelings of “displacement in the Australian landscape during the time”.

She and the St Andrews’s Men’s Shed built a series of eight boats and lanterns to pay tribute to their legacy. She also understood their fate to be untimely and tragic – these people could have been her ancestors. Through her connection to China and Chinese culture, she reinterpreted the conclusion to their story.

Through her hyphenated identity as an Asian Australian, Tammy acted as a mediator for the Chinese miners, and the local community. The local community gained more cultural significance through the unearthing of this history.

Tammy is a prime example of the importance of cross-cultural identities in our increasingly globalised society. Through her art projects, she has helped migrants reconnect to their local culture through the sharing of their cultural experiences made visible through share culturally diverse histories embedded in Australian society.

Perhaps, the strength of hyphenated identities lies in their correspondence of geographically disparate locations?

Shares
Comments Off on Redefining identity through community art projects