With the Marriage Act now amended to include same-sex couples, many Australians may be under the impression that equality for has been achieved, but the reality is this move has barely begun to scratch the surface of LGBTQI rights.

From your work at The Channel, what do you see as being the next big challenges for LGBTQI rights? How do these challenges shape your outlook both strategically as an organisation and personally as a part of the wider LGBTQI community?

The Channel is one of very few organisations in Australia that provides philanthropic funding specifically to LGBTIQ+ communities. We are a giving circle; a collective giving vehicle that raises and pools funds from the contributions of its Members and distributes them in the form of grants to ‘rainbow’ community projects nationally. The projects we support are decided upon through member vote. We came in to being in late 2016 off the back of the realisation that the philanthropic sector was simply not funding in this space, and government could not be relied upon to support community initiatives working towards equality (see: Safe Schools). 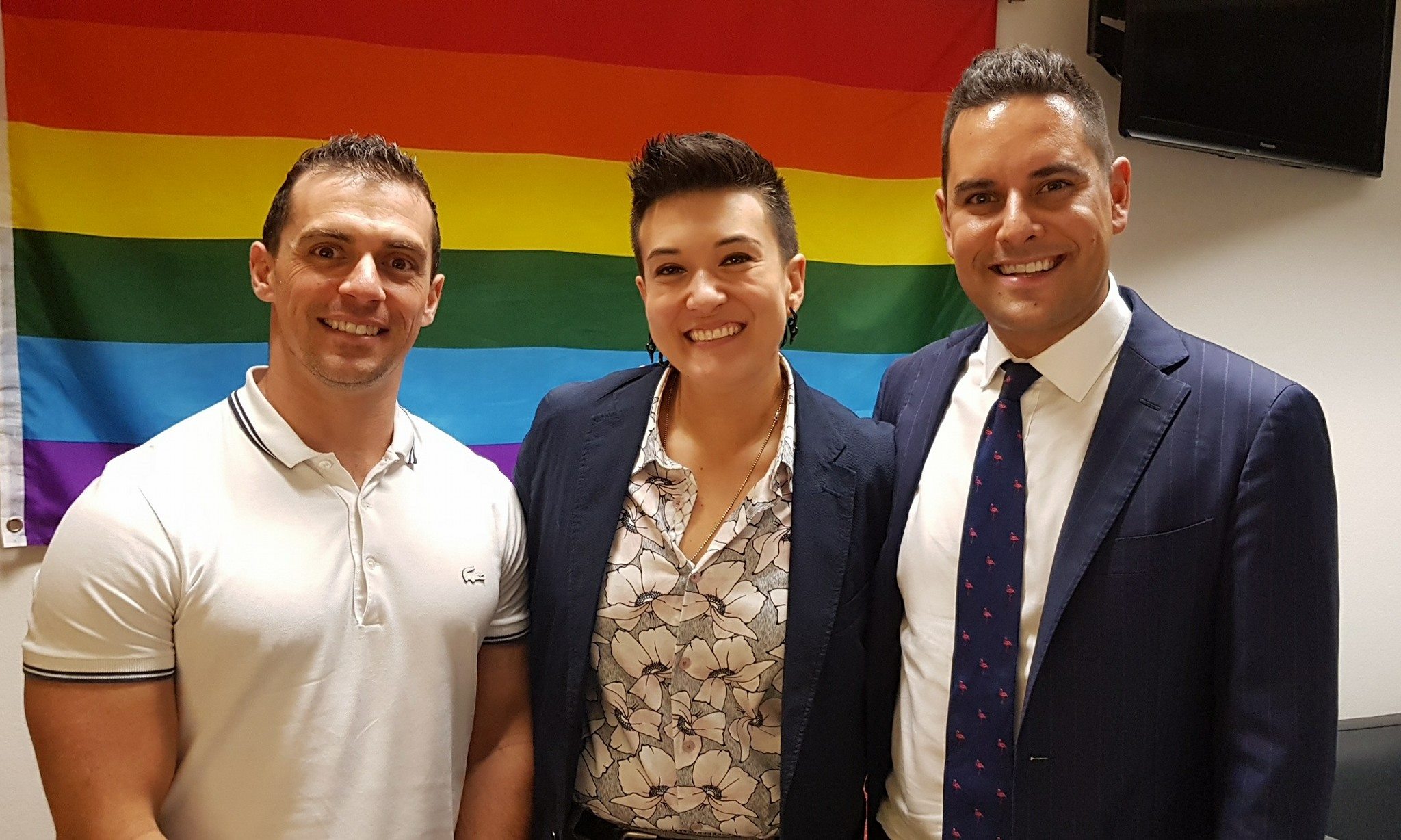 What does The Channel have to do with marriage equality?

The Channel made a conscious decision not to fund the YES campaign because we give small grants (anywhere between $2,500 and $10,000) and fill gaps where we can by funding projects that would otherwise go unfunded. The Marriage equality campaign effectively monopolised LGBTIQ+ funding from the private sector for a year and a half, and had been receiving a disproportionate piece of the philanthropic pie before things really ramped up as well. A vital step forward – and a necessary evil – it temporarily silenced the more marginalised in our communities and The Channel chose to focus on working with those groups at this fraught juncture.

What’s the ‘next big thing’ after marriage equality?
Well, there are community members living in rural and regional areas that are often incredibly isolated. Ageing LGBTIQ+ people are being forced back into the closet as they enter aged care facilities. Gay conversion therapy is still legal in most states and there’s a huge list of policy reforms yet to be achieved before the law ceases to be discriminatory towards the trans community, let alone society at large.

I could go on, but what’s more important to point out is that there’s no shortage of quality, evidence-based, community-lead projects out there ready for philanthropic partnership. I don’t know if there’s a ‘next big thing’ after marriage equality of it there should be a new monopoly. It seems to me that all of these issues urgently require the public’s attention and support.

Ninety-five per cent of the community projects that have applied for funding from The Channel are running on almost no funding. In the United States, 24 cents out of every 100 philanthropic dollars reaches LGBTIQ+ communities – that’s less than any other marginalised group. We don’t know what the figures are in Australia (not for long if we can do anything about it), but we do know that only 0.3 per cent of structured grant making charities fund it at all. Relying on government funding, especially in an area so susceptible to political partisanship, it not realistic. While corporate entities are showing plenty of goodwill, we need to see more in the form of cash support for grassroots LGBTIQ+ organisations. 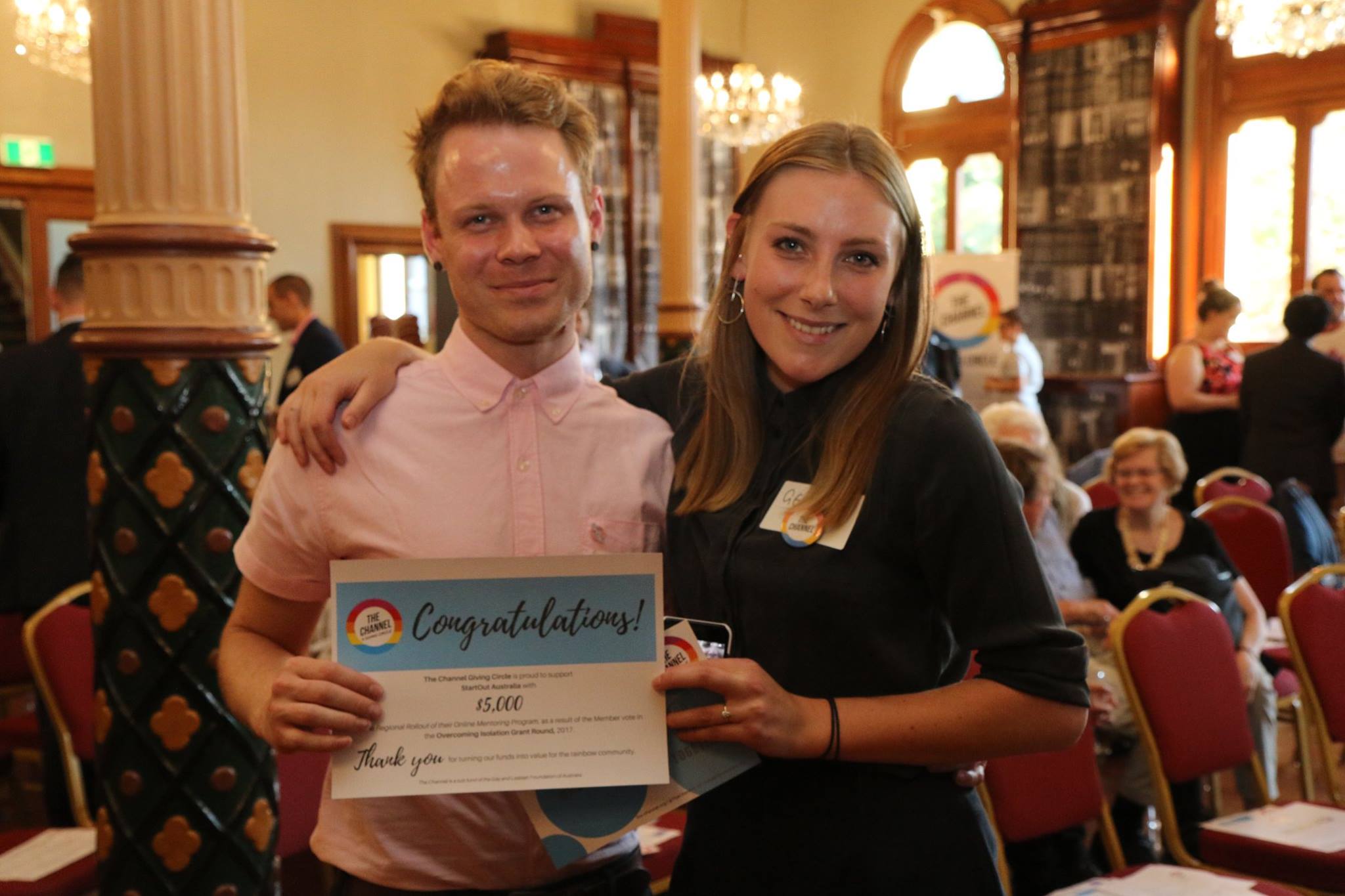 StartOut Australia, one of The Channel’s grant recipients, with founder and CEO Georgia Mathews

So, how do we make sure more grants go (directly or indirectly) to LGBTIQ+ communities?
We know that marriage equality isn’t the finish line. We’re already seeing the backlash from the religious right at federal, state and local levels. LGBTIQ+ communities have a long, proud history of community organising and fighting for their rights, and great gains have been made on the smell of an oily rag, but we need to get better at resourcing this work if we are going to maintain the momentum of the YES vote. We also need to get better at working together and with allies to progress our agenda.

For The Channel, this means assuming the role of capacity builder. We’re building the evidence base around LGBTIQ+ funding through data science. If we can demonstrate the lack of resources flowing to the community it will help the sector understand the state of play and equip community groups with the tools to advocate for support. We’re engaging mainstream philanthropic funders in LGBTIQ+ issues and educating LGBTIQ+ community groups around philanthropic fundraising.

The Channel, and our members, of which there are currently 123, want to see a thriving LGBTIQ+ not-for-profit sector that’s participating in social change for its own community and designing its own solutions.

Shares
Comments Off on Where to from here? LGBTIQ+ communities and their rights in Australia