For those of us predisposed to Netflixing romantic comedies on a Friday night, these two words have become the dramatic focal point of pretty much every wedding scene. You know, the point where the “true love” protagonist rushes to burst down the chapel door to declare their love and stop an ill-fated union.

Intimate objections, however, are not simply a series of pop culture clichés. Last month, Kim Davis gained global notoriety (well, at least in social media terms anyway) for refusing to issue marriage licences. Davis, a county clerk in Kentucky in the United States, found herself unable to sign marriage licences for same-sex couples without compromising her religious belief that marriage was a union between a man and a woman. She was briefly incarcerated for her contempt to the law. 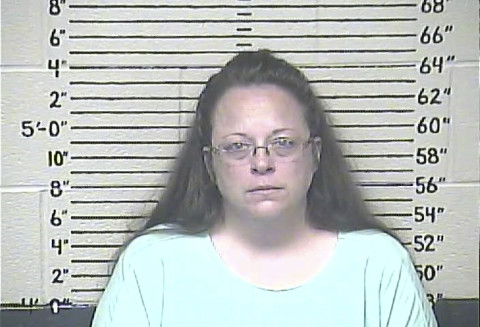 Much has been said about her purported convictions and her failure to uphold the rule of law. Unfortunately, some responses have excoriated her “hypocrisy” in ways that merely reinforce the idea that her life should be the subject of sexist policing. This debate, however, is not simply one about whether or not Davis should “suck it up” and let same-sex couples marry. This is not even about whether she acted in “good faith.”

Rather, this spectacle points us to a more complex question: to what extent should religious belief be used to deny people or relationships basic legal rights or social services?

Today, the idea of separating church and state is largely seen as uncontroversial. Davis’ case, for example, can be read along this trajectory of separation: she is an elected government official, she issues marriage licences in that public capacity, same-sex couples are entitled to marriage licences under law, she should comply with the law. Such a neat reading, however, obscures the fact that what we mean by both “church” and “state” in practice is actually something more fuzzy.

These days “churches” are not simply places of worship but are a disparate set of organisations, networks, and people. No religious identity or denomination is the same. States, moreover, are not reducible to government departments and elected representatives. Bureaucratic governance and outsourcing mean that private organisations (including religious ones) play a key role in the provision of state services such as healthcare, aged care, adoption, and education.

What if Davis were the CEO of a publicly funded, though religiously affiliated, adoption organisation? Should she be entitled to deny a same-sex couple a child because of her religious beliefs? The automatic assumption that religious freedom allows the unfettered exercise of one’s conscience obscures how ingrained “churches” have become in public governance. Stories abound of elders being forced to dress in ways that do not comport with their gender identity and gay students who are expelled from school for simply being “out.” Exceptions to anti-discrimination laws make this legally permissible in many states.

So where do we draw the line?

For starters, we need to stop assuming there’s an automatic line. Many religious do not see homosexuality or gender non-conformity as a “lifestyle choice” antithetical to their scriptures. Many church groups, both here and abroad, continue to be run by those who identify within the LGBTIQ spectrum.

“At a time when sexual and gender minorities, especially trans and intersex people, face enormous violence and stigma,
should we really be centering the debate about inclusion
around those who have the luxury of refusing commercial services to others?”

We also need to rethink the “balance” of inclusion. We keep hearing about Christian florists or bakers who would find themselves in an untenable position of having to provide floral centerpieces or wedding cakes to (gasp!) same-sex couples. At a time when sexual and gender minorities, especially trans and intersex people, face enormous violence and stigma, should we really be centering the debate about inclusion around those who have the luxury of refusing commercial services to others?

Rights do not operate in a vacuum. It’s disingenuous to talk about being “victimised” in the same moment you victimise others by denying their dignity. So, as amusing as we may think Kim Davis is as a news spectacle, there’s something more pressing that we need to do: conscientiously refuse to enable bigotry.

Senthorun Raj is a visiting doctoral fellow at the NYU School of Law and a Right Now columnist. Twitter: @senthorun

Shares
Comments Off on Let’s conscientiously object to bigotry

Senthorun Raj is a Scholar in Residence at New York University’s Center for Human Rights and Global Justice.