Since signing the Australia-Cambodia refugee deal with Prime Minister Hun Sen in September 2014 , Australia has committed over $55 million to Cambodia to resettle just five refugees to date. Despite Cambodian officials having on several occasions stated that they do not want to receive more refugees, the Australian Government has kept up the pressure to preserve the deal, transferring a fifth refugee in secret in November 2015.

Embarrassingly for the Australian Government, one of the first four refugees resettled to Cambodia from Nauru has admitted that he is not in fact ethnically Rohingya, but a Myanmar Muslim citizen, who number around 2.2 million people. He has since returned to Myanmar, presumably taking the Australian Government’s cash grant for resettlement with him. The approximately 1.3 million Rohingya people living in western Myanmar are not recognised as one of the 135 official ethnic minority groups by the Myanmar Government. They are referred to as Bangalis, illegal immigrants from neighbouring Bangladesh, and the Government disputes the term Rohingya, referring to it as “invented terminology”. Given this strong position, Myanmar embassy officials in Phnom Penh were satisfied that the man was not Rohingya, thus casting doubt over the Australian government-sponsored refugee determination process in Nauru, which had found him to be so.

Despite the lack of recognition, the Rohingya people I spoke to across northern Rakhine State overwhelmingly stated that they self-identify as members of a Rohingya ethnic group and sought official recognition by the Myanmar Government. A recent Right Now article by Roselina Press detailed the historical developments leading to statelessness and persecution experienced by the Rohingya in Rakhine. This culminated in a series of deadly communal conflicts in 2012 between the Rohingya and the Buddhist Rakhine ethnic majority, which displaced tens of thousands of Muslims, citizens and stateless alike. The plight of Rohingya people living in Rakhine State is now one of the biggest humanitarian crises in our region. A recent report released by advocacy group Fortify Rights pointed to strong indications that the State may be engaging in the grave crime of genocide.

“The Rohingya IDPs interviewed told me that local authorities require international aid groups to divert at least 50 per cent of aid earmarked for the Rohingya camps.” 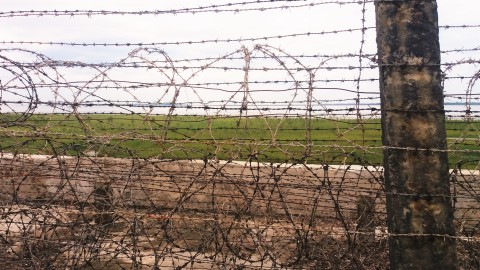 While working in northern Rakhine State as part of the Asian Network for Free Election (ANFREL) mission observing the Myanmar General Election between October and November 2015, I conducted more than 65 interviews with different stakeholders connected to the elections, including candidates, government officials, members of police and security agencies, and the disenfranchised Muslim population, overwhelmingly non-citizen Rohingya, living in townships and unofficial camps for internally displaced people (IDPs).

The United Nations High Commission for Refugees (UNHCR) estimates there are approximately 138, 000 IDPs in Rakhine State. However, there are no official Rohingya IDP camps, as the Government’s position is that these camps merely house illegal aliens – non-citizens – in Myanmar, making it impossible for an accurate census to be carried out, and impossible to precisely verify and disaggregate the UNHCR’s population estimate.

In one of the camps, the people I interviewed reported that more than 100, 000 residents of ten different “villages” or campsites lived within the compound. However, the Chief of the Rakhine State Police would only officially acknowledge 12,000 people living there when I conducted the interviews. This lack of recognition is used by the Myanmar Government to justify withholding much needed resources which would assist these people – citizen or otherwise. The Rohingya IDPs are therefore almost entirely dependent on the assistance of international agencies, including UN agencies and non-government organisations. The Rohingya IDPs interviewed told me that local authorities require international aid groups to divert at least 50 per cent of aid earmarked for the Rohingya camps to the Rakhine IDP camps and other Rakhine villages. Government officials claim that this will preserve ethnic harmony and quell perceptions of Western bias towards the Rohingya. However, when it was mentioned that the Myanmar Government provides assistance to the Rakhine IDPs, who are Myanmar citizens, but not to the Rohingya concurrently displaced by the recent conflict, the official we spoke to ended the conversation. 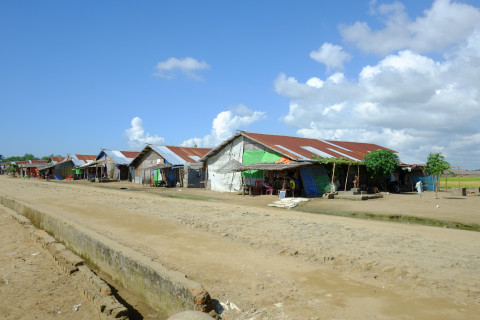 The Rohingya endure a deplorable situation. Not only are they denied basic civil and political rights connected to citizenship, such as the right to vote and participate in political life, they are also denied basic human rights including freedom of movement, right to travel, basic education and health care. The government actively prevents international doctors from working in the Rohingya camps.

In the state capital of Sittwe, the Rohingya people are confined to their own quarters or in camps on the city fringes. There are armed police guarding the entry into the quarter and Rohingya people are not allowed to move outside unless they obtain prior permission from the police, and even then, only in police-guarded trucks. The people living in the camps face the same restrictions. They are not allowed to leave the camp unless they have prior approval, usually obtained through bribery, for specific purposes such as seeking medical help.

Australian’s asylum seeker policy has promoted the virtue of the resettlement stream (offshore humanitarian intake) above those seeking asylum onshore, which is the cornerstone of the Refugee Convention. This is a deeply problematic approach, highlighted when applied to the Rohingya people.

The Myanmar government has expressly forbidden any international agencies from conducting activities other than the provision of basic humanitarian aid, such as water and sanitation, to the Rohingya population in Rakhine. The UNHCR office in Myanmar is prevented from assisting the Rohingya people to seek asylum, as doing so would be an admission of their existence and persecution. Without basic rights and freedoms, and without the ability to move and relocate legitimately to a country where their refugee status can be properly processed and determined, there is no way for the Rohingya people to seek asylum except by getting on one of the leaky boats leaving Myanmar.

The raison d’ȇtre of the Refugee Convention is to provide a safe and humane environment for refugees, including those seeking asylum prior to determination of their refugee status. It appears that the Australian Government is carelessly managing the refugee determination process in Nauru so they can offload these desperate people to third countries such as Cambodia. It is distressing to see that instead of taking the lead in actively preventing this impending humanitarian disaster, Australia, along with its regional neighbours, is silently complicit with Myanmar in the continued persecution of the Rohingya people.

Billy Tai is an independent human rights consultant and monitor based in Phnom Penh, Cambodia.