“I want to add my voice in support of Muslims in our community and around the world. After the Paris attacks and hate this week, I can only imagine the fear Muslims feel that they will be persecuted for the actions of others. As a Jew, my parents taught me that we must stand up against attacks on all communities. Even if an attack isn’t against you today, in time attacks on freedom for anyone will hurt everyone … As long as we stand together and see the good in each other, we can build a better world for all people.”– Mark Zuckerberg, December 2015

Zuckerberg and I may live on “different planets” but I agree with him on this one. Zukerberg’s statement is very much in the tradition of the Jewish value of “welcoming the stranger”. We know all too well where state-sanctioned racism can lead to – three of my grandparents were murdered by the Nazis during WWII.

I see many analogies between the way Muslims are currently being treated – the scapegoating of a minority by power hungry political leaders – and how Jews in Germany were viewed in the earliest stages of the Third Reich, which ultimately lead to the Holocaust of European Jewry. 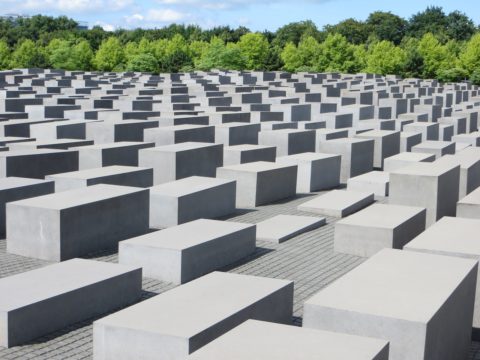 In 2011, Sandy Joffe, a Jew, was coordinator of the Alma Rd Community House in a part of Melbourne with a large Jewish population, when anti-Muslim groups, in particular the Q Society, mounted an unfounded fear-based campaign to have the centre’s Muslim prayer room removed.

The Q Society claim that Muslim prayer is racist and rejects other religions, and that the Islamic faith is separatist and proselytising, and that prayer gatherings may encourage violence. They tar all Muslims as having associations with extremists and imply that because they are Muslims they want Sharia law.

The prayer room in question was used for one hour per week on Friday evenings by the St Kilda Islamic Society. There was, and still is, no mosque anywhere nearby. The users of the prayer room were mostly from Pakistan, Bangladesh and Sri Lanka. When I asked Sandy about the response from the Jewish community, she said, “a small group of Orthodox rabbis gave sermons openly supporting the Muslims saying it was an issue of freedom of expression and the right to practice one’s faith unhindered”. Interestingly, she added that “some of the progressive rabbis were scared to publicly approach the topic.”

Ultimately, and encouragingly, the racist campaign led to relatively widespread support for the prayer group, including from the Jewish Community Council of Victoria, the Jewish Christian Muslim Association (JCMA),  the Australian Jewish Democratic Society and the B’nai B’rith Anti-Defamation Commission (ADC).

I particularly love the incisive and funny tone taken by Deborah Stone, the then CEO of the ADC: “I don’t know the Muslims who want to use the Alma Road Community House for their prayers. I have no reason to believe they are terrorists, any more than I have reason to expect that the applicants to run the next Italian restaurant will be using it as a mafia hideout or that the local Catholic school is sheltering a paedophile priest.”

But the Jewish community is renowned for its internal disagreements. In 2015, Galus Australia’s editor, Alex Fein, criticised the current CEO of the ADC, Dvir Abramovich, for his lack of action on anti-Muslim hate. Fein said that three days had passed since “fascists invaded Bendigo to try to terrify Muslims and their friends and the ADC has said nothing. Reclaim Australia has been gathering momentum all year and its connections with racist and fascist groups is obvious with even the most cursory Google search and the ADC has said nothing.”

I know about the importance of interfaith dialogue. Six years ago I worked for the Melbourne-based JCMA. My job was to develop curriculum materials and coordinate an education program called “Open Doors: Schools Visiting Places Of Worship” in which middle-school secondary students would visit a mosque, church and synagogue in one day.

JCMA’s formation was timely in Australia. It had its work cut out responding to the treatment of Muslims after the September 11 attacks in the US. It ran school education programs and created opportunities for interfaith dialogue.

One of the JCMA’s founders, Rabbi Jonathan Keren-Black, said to me, “Judaism doesn’t believe there is only one way to god. You only have to be a decent human being. No religion has the whole truth and there is much to be learnt from other faiths.”

What is needed is to have people from different faiths sitting together in the same room.

Soon after 9/11, I was at a wedding sitting with a group of Muslim friends and I said, “I think I should convert to Islam”. It was my way of showing solidarity with what we could see coming: a spate of anti-Muslim hate and Islamophobia.

They replied, “No Sylvie, we should become Jews!” We had a good laugh.

Sylvie Leber has taught English to Bosnian Muslim refugees, worked for the Jewish Christian Muslim Association, was cross-cultural education coordinator at the Western Region Migrant Resource Centre, is a member of Jews For Refugees, recently spoke at Melbourne’s Palm Sunday Refugee Rally representing the Jewish community and attended the counter-protests against racist anti-Muslim organisations: Reclaim Australia and the United Patriotic Front. She is an artist, writer and volunteers fundraising for the Council of Single Mothers And Their Children.

Sylvie Leber worked as a tenancy project worker for Council of Single Mothers and Their Children.