As he addressed the Leaders’ Summit on Refugees at the United Nations in New York on Tuesday, US President Barack Obama rousingly asserted that “just as failure to act in the past – for example, by turning away Jews fleeing Nazi Germany – is a stain on our collective conscience, I believe history will judge us harshly if we do not rise to this moment.”

This followed the United Nations’ Addressing Large Movements of Refugees and Migrants Summit the previous day. The two events had been deemed an “unprecedented” meeting of world leaders in an effort to secure greater transnational cooperation, along with pledges of funding and resettlement, to assist the 65 million forcibly displaced people worldwide, less than one per cent of whom are currently safely resettled annually.

This is significant. It demonstrates that perhaps governments are coming to recognise that the current state of the UN resettlement program is unsustainable and deeply inadequate to provide safety and human rights to these people – most of whom are residing in some of the world’s poorest countries.

In the middle of 1938, the international community held a summit to address the issue of refugees fleeing Nazi-occupied Europe in Evian, France. Australia’s delegate then asserted that “as we have no real racial problem, we are not desirous of importing one by encouraging any scheme of large-scale foreign migration.” Like in the 1930s, Australia’s delegation in 2016 was similarly defiant in its approach.

In fact, it was initially unclear as to whether Australia would even be attending Obama’s invite-only summit, given the intention to secure new pledges of concrete action and funding on addressing the global crisis. A week out from the talks, Australia’s Immigration Minister Peter Dutton said that Australia’s incarceration of people seeking asylum on Nauru would “continue for decades.” This is despite a damning investigation by Human Rights Watch and Amnesty International that found “deliberate abuse hidden behind a wall of secrecy”, and the Guardian’s subsequent release of 2000 incident reports from Nauru that further detailed major human rights abuses including against children.

“The Obama summit provides Turnbull with a significant opportunity to cast off this recent ugly history.”

Alas, this opportunity was not seized by the government.

In the face of Dutton’s denial and intransigence, a refugee in offshore detention wrote directly to the leaders at the UN summit to plea for help. The un-named father spoke of the “inevitable” suicide and self-harm that is occurring on Nauru because “Australia is confidently breaking and breaching every convention and rule which human beings have established to date, and we have been selected as the victims of this evil and despicable game.”

In July, the CEO of Save the Children Australia Paul Ronalds wrote that “the Obama summit provides Turnbull with a significant opportunity to cast off this recent ugly history.” Alas, this opportunity was not seized by the government. 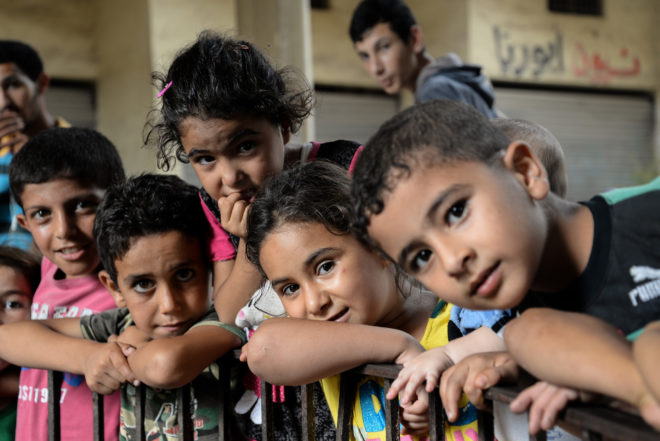 Instead, Prime Minister Malcolm Turnbull and Dutton used the forum as an opportunity to spruik its controversial, hardline border policy. Turnbull boasted that Australia’s strict border control was the “best in the world” which had even allowed it to “welcom[e] 12,000 additional Syrians and Iraqis”. The PM failed to mention that merely a sixth of this number has been resettled a year after the Abbott government’s pledge. Peter Dutton, meanwhile, bragged that European countries were “very interested” in the “success” of Australia’s border security regime.

The Prime Minister’s emphasis on border security and “restoring the integrity of migration systems” was starkly at odds with the humanitarian message delivered by Obama.

Malcolm Turnbull declared in his address to the summit that “because we are able to say that we decide who comes into Australia and how long they stay, because we have control of our borders, we are able to deliver that generous humanitarian program.” The Prime Minister’s emphasis on border security and “restoring the integrity of migration systems” was starkly at odds with the humanitarian message delivered by Obama. In contrast, the outgoing US President asserted that “this crisis is a test of our common humanity. Whether we give into suspicion and fear and build walls, or whether we see ourselves in another.”

This week saw the UN General Assembly adopt the New York Declaration, a professedly “powerful outcome document” which commits states parties to share responsibility in securing the rights and lives of migrants. But Australia’s continuation of offshore detention means that it is already in breach of the document, the first line of which requires states to “protect the human rights of all refugees and migrants, regardless of status.”

Dutton’s inflammatory comments about refugees and people seeking asylum, including the suggestion during Australia’s recent election campaign that “illiterate and innumerate” migrants might take Australian jobs, run directly counter to the Declaration’s call to “strongly condemn xenophobia against refugees and migrants.”

Australia did agree to “permanently” increase its refugee intake by 35 per cent to 18,750 per year. This announcement is, however, merely a restatement of existing policy, given the government already committed in 2014 to raise the resettlement quota to 18,750 by 2018-19. Save the Children noted that “swiftly increasing Australia’s humanitarian intake to 30,000 places by 2018/19 would have been a much better response to the current scale of the crisis and a truer reflection of Australia’s social and economic capacity to resettle refugees.”

Strangely, Turnbull announced that this quota would include resettling Central American refugees from processing camps in Costa Rica under a US-led plan. This comes despite a policy of significantly reducing intake from important transit countries in Australia’s own region, where it remains a major strain on Australia’s diplomatic standing.

This week’s Leaders’ Summit resulted in pledges of overall humanitarian funding that according to the White House are US $4.5billion greater than 2015 levels. Australia will provide a further $130 million in aid. This contribution is a welcome announcement, given the Coalition’s hefty cuts to foreign aid in its past two budgets. Whilst global aid spending has increased in recent years Australia has bucked the trend in markedly decreasing its own budget.

Australia’s modest, additional monetary contribution also pales in comparison to the commitments of even developing nations. Ethiopia, the 14th poorest country on earth, committed to provide education to all qualifying refugees from the primary to tertiary level, and to set aside 10,000 hectares of arable land for use by refugees.

The symbolism of Obama using his final visit to the UN to address migration is significant.

Human rights groups have labeled the New York Declaration a disappointment. But the rhetoric and commitment to cooperation espoused by many the world’s most powerful politicians this week is a hopeful start. The symbolism of Obama using his final visit to the UN to address migration is significant. His diverse group of co-host nations is also poignant; Sweden, Canada, Germany, Mexico, Ethiopia and Jordan are either nations with generous refugee policies or are profoundly impacted by the numbers of asylum seekers within their borders. For example, 10 per cent of Jordan’s entire population are now Syrian refugees.

In an opinion piece prior to this week’s proceedings, UN Secretary General Ban Ki Moon wrote that he hoped the forums could combat “dangerously self-serving interests” and promote shared responsibility. The Australian government’s shameless promotion of its widely-rebuked border policies, and insistence on continuing to frame refugees as a threat to national security, worked against the spirit of international cooperation and rights promotion in New York.