The first time I visit the animal rescue property, the horses come right to the fence line to watch me approach, their ears pricked forward.

There are almost 20 on the property, all but three of them rescues from nearby horse sales. They look in good condition now, their bellies full and their coats glossy, but I’ve seen the photos from when they first arrived. Most were skeletal, their ribs poking out painfully from their sides, their withers bony and high.

Many of them had short, scruffy tails, the hair bitten and pulled out by their companions in the sale yards from stress.

I have been riding horses on and off for most of my life, spending time on the ground and in the saddle in awe of these creatures. I have a constant inner battle about the ethics of horse-riding itself, whether there is any way for the “breaking in” of a horse to be done without cruelty – but despite this turmoil, my exposure to horses has shown me their loyalty, personality and majesty.

That these creatures, here now with their heads reaching for the comfort of my hands, their noses rubbing gently against my arms, could have been abandoned at sale yards for a few hundred dollars, sold for dog-meat at only three, four, five years of age, is horrifying.

The horses are just one part of this organisation’s rescue efforts – they also rescue dogs and cats from euthanasia. The sheer number of abandoned and unwanted animals is confronting, and their condition when they arrive into care is often indicative of complete neglect.

How do people condone the mistreatment of animals, to the point where they abandon them, dump them, beat them or abuse them and leave them for dead? How do human beings conduct this mistreatment without guilt or empathy?

In her Quarterly Essay Us and Them: On the Importance of Animals, Anna Krien looks for answers to these questions outside of the domestic animal industry, investigating instead the industries of invasive species control, live exports and animal testing.

Krien delivers a complex portrait of our relationship with animals, one that shows the innate connection we have alongside the more pervasive and continuing transactional nature of our connection – we are constantly taking from animals, and rarely giving.

At one point, Krien interviews a doctor who performed medical tests on animals throughout his career. He says that he lost the stomach for it eventually – that at a certain point, he could no longer bring himself to dig his scalpel into the innocent dog, or primate on the operating table and feel comfortable in the ethics of his actions. 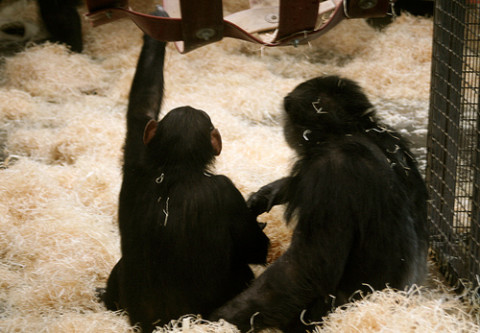 Are we ever comfortable with the exploitation of animals? Isn’t our objectification of animals into products – “leather”, “bacon”, “beef”, “milk”, “wool” – a clear example of our discomfort with plundering their bodies for our wears, our distancing of ourselves from their real, living, warm, breathing bodies?

Animal rights are intrinsically tied to human rights. The extent to which we allow creatures who we have “othered” to live peacefully, free from fear or harm or exploitation, will ultimately reflect how we treat human beings who are different from us.

Our ability to see the real joy and suffering in animals, despite their inability to demonstrate these feelings in our terms, is a marker of our empathy for difference, and our understanding of basic rights.

When I see someone demonstrate casual cruelty to animals – taunting a dog tied up outside a shop, throwing stones at pigeons in the park, holding a fish out of water long enough for its gills to flap with anxiety and suffocation – I wonder how they treat the people in their lives. I wonder if this lack of empathy for the suffering of another living creature spills into their relationships, into their connections with their lovers, their families, their friends.

As Immanuel Kant said, ‘“He who is cruel to animals becomes hard also in his dealings with men. We can judge the heart of a man by his treatment of animals.”