There is a creeping silence in Indonesia. At the Ubud Writers and Readers Festival, Sam Flynn spoke to those who write from the margins, despite the real and violent repercussions they face for doing so.

Last month, I went to the Ubud Writers and Readers Festival. When I tell people, they often ask: “Who was there?” I suppose they want me to say something like “Kate Holden” or “Ian Rankin” or “Tim Flannery” – a name that means something to them. And, yes, they were all there. And, yes, they were witty and interesting and clever, to varying degrees.

But, instead, I want to tell them about the Indonesian writers I met, most of whom they don’t know. I want to answer in this way not only because these writers are brilliant, but also because they are brave. They are part of a new generation of artists, activists and thinkers who, in the face of real and violent threats for doing so, fight against a growing silence in Indonesia.

Despite a marked improvement in freedom of expression in Indonesia since the fall of the Suharto regime, censorship has returned in recent years. Religious and hardline groups lobby vehemently and violently for an end to “gay propaganda”. Violent attacks on journalists doubled in 2016. Dozens remain imprisoned in Papua and West Papua for speaking out. And Human Rights Watch has observed a worrying growth in “harassment and intimidation by militant Islamists,” often directed towards minorities. 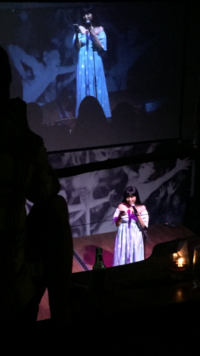 Dr Saras performing at a poetry slam at Ubud Writers and Readers Festival.

Dr Saras Dewi is an activist, writer and philosophy professor at the University of Indonesia. When I meet her, she wears white Converse sneakers and carries a laptop covered in cartoon stickers. While studying at university in 1998, Dewi participated in the protests against Suharto’s New Order regime. She was imprisoned, and some of her friends were killed in the violence that swept through Indonesia at that time. Despite this, she continues to call out injustice. Her most recent book, Ekofenomenologi is a cerebral part of her efforts to stop the development of Benoa Bay in Bali by “corrupt businessmen”. She says that these men will do anything to get what they want, and she knows that the potential repercussions are “real and violent”. But, as she says this, she almost shrugs, as if to say: What else can I do?

After one of the sessions, I have an iced tea with Norman Erikson Pasaribu, a celebrated queer poet from Jakarta. He has a big smile and a warm hug. In 2015, his work about the lives of queer Indonesians won the prestigious Jakarta Arts Council Poetry Competition. “It was the worst year of my life,” he says. “It felt good, until those Facebook comments and messages started pouring in.” He was publicly ridiculed for writing about being gay and, in one particularly violent and degrading piece, he was depicted as Jesus crucified on a cross. Norman became depressed and, due to pressure from colleagues, left his job. “I cried for months. I was lost.”

It is clear that Norman is not entirely comfortable in his country anymore. And he is concerned by growing anti-LGBTQI rhetoric from high-ranking politicians, including statements discouraging queer people from attending college. But, despite the fear, and like so many other writers that I have spoken to, he doesn’t see his speaking out as a choice. “Freedom of expression is not something you should ask for politely. If people ignore, shout.” 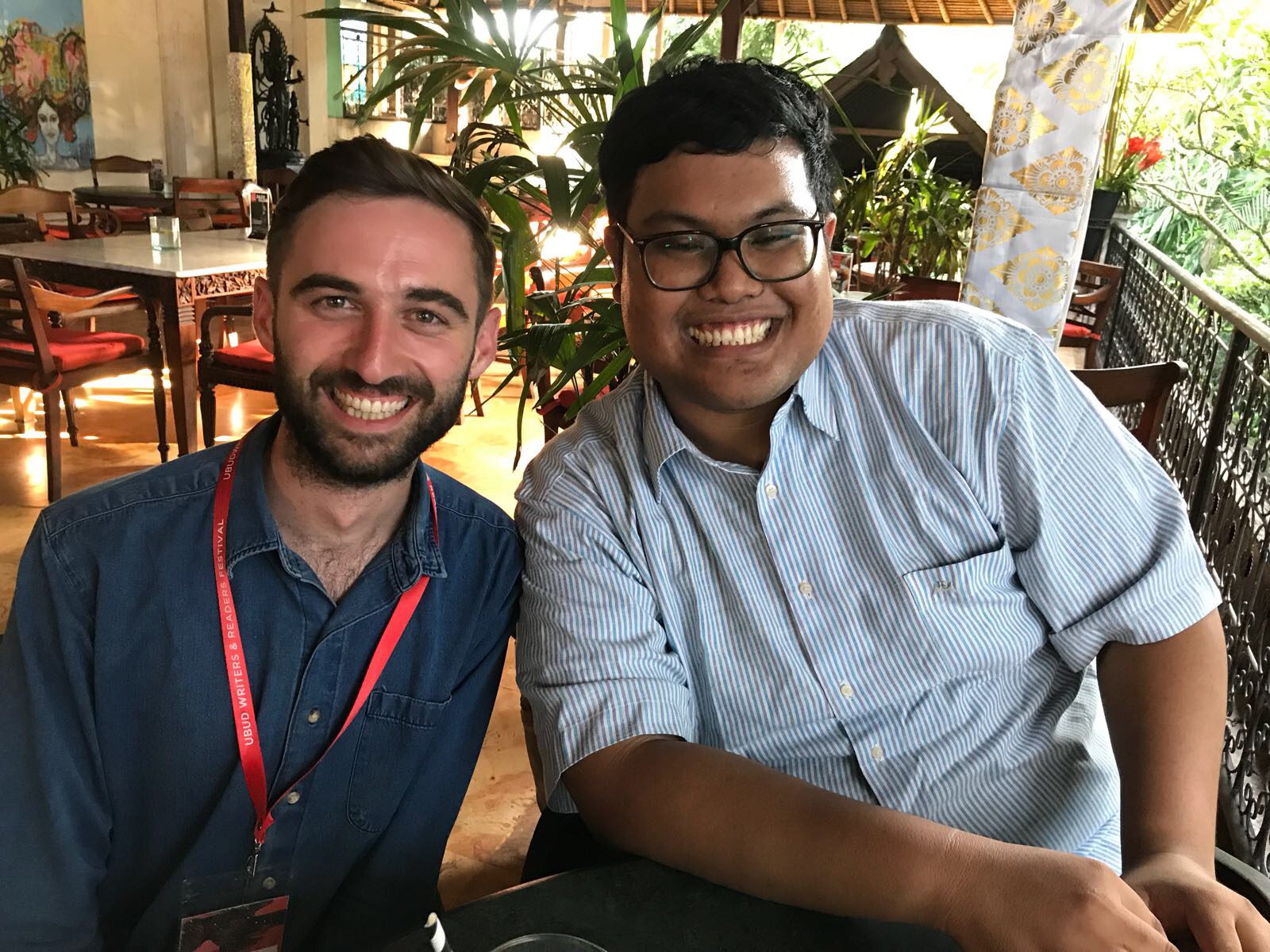 Sam and Norman chatted over tea while Sam was in Ubud.

Eliza Vitri Handayani is a Jakarta-based and internationally acclaimed novelist. Eliza writes about rebellious Indonesian youth, and she is currently working on a novel about a group of Islamic school students who stumble across Jakarta’s underground punk scene. Over coffee, I notice her purple hair and bright blue lipstick, and wonder how closely the work resembles her life. She tells me about Lady Fast, a punk/hardcore festival that she went to earlier this year that was violently shut down by hardline groups. I ask her why. “Sometimes you don’t even know why,” she says. “Maybe they didn’t like how we dressed?”

Eliza knows that her career is harder because of what she writes about, something she experienced first-hand when her book launch was cancelled in 2015 because her novel touched on sensitive political issues. I ask her why she continues to write. “We made a dictator resign,” she says of the fall of Suharto in 1998. “We can’t forget that. We have a responsibility to tell the truth.”

Eliza is worried, but not hopeless. She tells me that she watched online as the violent riots at Jakarta Legal Aid unfolded earlier this year. While watching, she cried and prayed to God: “Hi. We haven’t spoken in a while. But I need a sign. I need help. What should I do?” With no answer forthcoming, she drank vodka and played Scrabble on her phone to help her fall asleep. “And do you know what the last seven letters spelled?” she asks. “COURAGE.”

Writing is always a courageous act. It is you, naked, in the harsh light of the public eye. Even in Australia, writers can face real risks for speaking out (look at Yassmin Abdel-Magied and Clementine Ford). Yet, speaking to Eliza, it strikes me that a “social media storm”, however terrible to endure, pales in comparison to the threats faced by her and the other writers I have met. And, although it shouldn’t surprise me, I suddenly feel uncomfortable in the knowledge that the former gets so much more air time than the latter at home.

At the end of our interview, Eliza tells me that if something were ever to happen, she hopes that she would get the support of the international community. I nod and smile, and hope that she’s right.