“Where would our teenagers be if that school wasn’t there? They would probably be on the streets. So I’d be very upset and sad, as you can hear in my voice, I’d be very devastated and upset if it ever closed down.” – Ronald Edwards, former student, Woolum Bellum College, Morwell

Lynnette Solomon-Dent’s father and grandfathers spoke English as a second language and her Aunty Beppy made sure she heard the language of her country, Ngarigo Monaro, from an early age. Her cousin, Dr Doris Paton, says it’s not surprising the elders in their family entrusted her with their language and knowledge.

“The oldies have a way of picking the right people,” she says. “They trusted her. I think that’s always been the thing about Lynne. The elders trusted her with knowledge and language and they only give it to people they trust.”

Today, Ms Solomon-Dent is a leading teacher at Woolum Bellum College in Morwell, with over 25 years experience. She is the first and only Aboriginal teacher to hold a senior teaching role at the school and is determined to pass on her knowledge of language and country to her students.

“What has been given to me, I’m supposed to share with others. So that’s what I do. I don’t think I’m the bigger person for doing it, I just think that’s my job,” she says.

Woolum Bellum College has been a feature of the Gippsland community, in various forms, since 1995. It became a Koorie Pathways School in 2009, with the aim of transitioning struggling Indigenous students back into mainstream education.

But the school is now set to shut its doors, along with two other Koorie Pathways Schools in Swan Hill and Mildura, after a Victorian government commissioned review has found the model “unsustainable”. 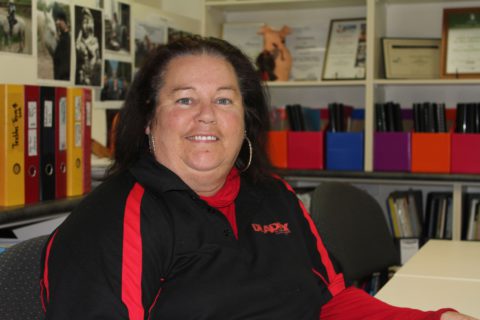 Not everybody appreciates the role teachers such as Ms Solomon-Dent play in these students’ lives. Indigenous academic Dr Chris Sarra says Koorie Pathways Schools have been staffed with teachers “not considered good enough for mainstream”, in an article published in The Age this year.

Ms Solomon-Dent is still upset by the remarks. “I’m still so hurt that an Aboriginal man could say that about us here when we try so hard to do what’s right for our kids,” she says.

She speaks about the day-to-day struggles at the school, holding back tears. “Every day is a hard day but we do it because we want to make changes in their lives,” she says. “If we can make one change, and save one kid, then that’s what we’re supposed to do.”

Students at Woolum Bellum College have often been expelled from their mainstream schools and are on a path to the juvenile justice system. Their time at the school is sometimes their last chance to stop this trajectory, Ms Solomon-Dent says.

“They live out on the streets. Sometimes when we leave here on Friday night, they are finding beds to sleep in,” she says. “When we get back on Monday morning, they look so terrible. Sometimes they haven’t eaten.”

The school often takes students out of the classroom environment to places along the Bataluk Cultural Trail, such as the Knob Reserve at Stratford. Here, Ms Solomon-Dent or respected Gunai Kurnai elder Uncle Albert Mullett may be found, telling them stories of ancient “scar trees” and “grinding grooves” used to make bark canoes and stone tools.

The school also works closely with mainstream schools. Some students who are still enrolled at their mainstream school spend a few days a week at Woolum Bellum College. For this reason, daily attendance can fluctuate from eight to 28 students.

Ms Solomon-Dent and the other teachers are often dealing with violent outbursts from students who have been bullied or just “don’t fit” the mainstream model. While others may label them “problem kids”, to Ms Solomon-Dent they are just “the kids”. She has high expectations but she doesn’t hold grudges. She treats them with respect.

Indicative of Ms Solomon-Dent’s approach, the school bell no longer rings at Woolum Bellum College. She put a stop to that, three years ago. “When the bell rings, they rebel against it,” she says. It reminds them of a place they didn’t belong, of being forced to conform.

Dr Paton, who is also Woolum Bellum College school council chair, says the students need a teacher with Ms Solomon-Dent’s patience. “They’re hard little nuts some of them,” she says.

But Ms Solomon-Dent works with the students individually, encouraging them to pursue their goals and be proud of their Aboriginality.

“You’re looking for the butterfly. They go in there all tied up, all knotted up. You open them up and then they’re a butterfly and that’s what you want,” Dr Paton says. 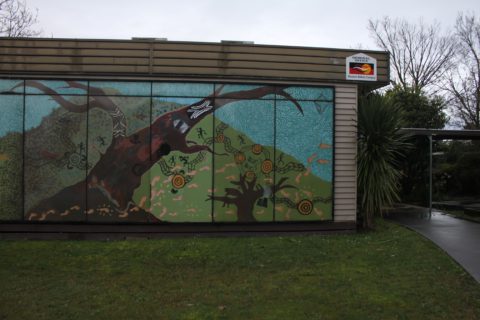 Ms Solomon-Dent’s daughter Pauline has also seen the results of her mother’s teaching. She works at GippsTAFE with some of her former students.

“Most people, they see the worst and just give up on them. Whereas Mum and the other teachers just keep plugging away at them. They have small achievable goals and when they reach them they just give them so much praise. I guess they just start believing in themselves,” she says.

Ms Solomon-Dent emanates a strength, which is best explained by the fiercely matriarchal spirit running through both sides of her family, including her Ngarigo Monaro aunties. Her mother’s home was always filled with people, including children she had fostered, Ms Solomon-Dent says.

The standards are now being tested in language subject pilots in regional schools, Dr Eira says.

“She doesn’t do it for the accolades. She’s the person behind the scenes. She’s not in their face saying ‘I’ve done this for you, I’ve done that’. She does it because she wants them to have a better life,” she says.

“I’m just a normal person,” Ms Solomon-Dent says.  But her commitment to these students tells a different story.