The Royal Commission into Family Violence (“the Royal Commission”) delivered its final report to the Victorian Government on 29 March 2016. Following the release of the report, the Government committed to implementing the report’s 227 recommendations, and dedicating over half a billion dollars towards family violence prevention and response over the next two years.

The Royal Commission represents a significant step to address the alarming rates of family violence in Victoria. As the first state to undertake a comprehensive review into family prevention and response activities, Victoria is a national leader in this space.

About the Royal Commission

The report provides an analysis of a range of topics including:

The Royal Commission recommends a whole-of-government approach to family violence, noting that family violence should be a core area of responsibility for government, its departments and agencies. This includes establishing governance structures, such as an independent statutory Family Violence Agency to oversee and monitor systemic improvements. Further, it recommends long-term and sustainable investment to effectively meet the current demands on the system, and to initiate the necessary reforms.

The report recommendations call for greater transparency and cooperation between sectors, including the creation of a Statewide Family Violence Action Plan to guide prevention and response activities.

The Royal Commission gives particular focus to children and young people, and recommends investment in counseling and homelessness support programs.  With respect to primary prevention, it recommends greater investment in expanding programming to help develop respectful relationship education in schools.

The Royal Commission recognises a diversity of experiences of family violence within the Victorian population and the importance of utilising tailored approaches to reach all population groups. It acknowledges how the inersectionality of attributes can ultimately compound a person’s experience of violence and discrimination.

In particular, the report highlights the unique experiences of family violence for Aboriginal and Torres Strait Islander women, and provides recommendations to fund culturally appropriate services, community initiatives, and community-led violence prevention programs. Additional focus is given to the experiences and necessity to provide funding to support diverse population groups such as people from culturally and linguistically diverse backgrounds, older people, faith communities, people with disabilities, and lesbian, bisexual, transgender and intersex communities.

The Royal Commission recommends sustainable funding to support specialist family violence services in order to meet the current demand on services. There are also a number of recommendations for police in recognition that they are at the front-line of family violence interventions, including the immediate introduction of a trial for body cameras. Additional funding for workplace-based initiatives is recommended to prevent and respond to family violence (e.g. paid family violence leave and the promotion of gender-equitable workplaces), and also for the Victorian Government to model best practice workplace policies.

In order to build a more robust evidence base on best practice prevention and response activities, the Royal Commission recommends additional funding to support research and evaluation, increased data collection and monitoring.

In addition to these key areas, the Royal Commission recommends a number of new approaches for systemic reform. They include: 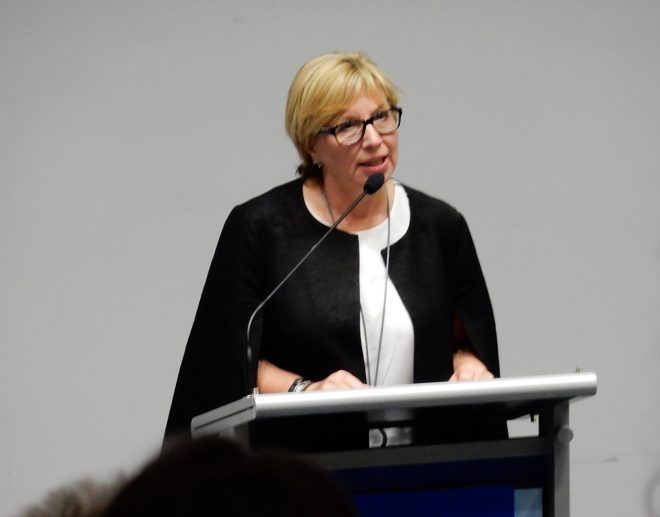 A week prior to the release of the report, former Australian of the Year, Rosie Batty was appointed to lead a new Victims Survivors Advisory Council that will enable survivors of family violence to voice their views on service response to family violence.

Following the release of the report, the Victorian Government committed to a $572 million statewide funding boost over the next two years (2016/17) to implement 65 of report’s recommendations.  This package includes:

The report and its recommendations have been well received within the community and the family violence sector. Many regard it as a key milestone to combat family violence, and the first time recognition has been given to the significance of the issue.

Loren Days is a Right Now Board Member and a Policy Advisor at Our Watch.