Public support for Andrew Chan and Myuran Sukumaran has been high in Australia over the last several months. Campaigns involving public vigils and social media petitions have flourished online, and Foreign Minister Julie Bishop has assured the public that she and the Prime Minister are continuing to petition Indonesian officials on behalf of the pair.

Right Now spoke to Elaine Pearson about whether this strategy of quiet diplomacy is the right one. Pearson is the Australia Director of Human Rights Watch, an international organisation dedicated to defending human rights. 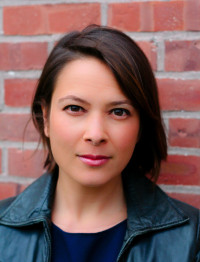 Right Now: What more do you think Australia could be doing to save the lives of Andrew Chan and Myuran Sukumaran?

Elaine Pearson: I’m not sure at this late stage that pressure from Australia is really what’s going to change Jokowi’s mind. At this point the only thing that’s really going to change his mind is if there is a lot of domestic pressure. You have to understand that domestically this plays quite well for Jokowi.

The death penalty is very popular in Indonesia. I think at this stage politicians and those who are trying to stop this execution should be reaching out to Indonesians at all levels and making them aware of this issue, urging them to take a vocal stand for their own president to change his mind.

What do you think of the Australian government’s strategy so far?

I think there have been some strong statements in recent weeks from Julie Bishop and Tony Abbott. Those statements have been very welcome, and really show that Australia is against the death penalty. But in some ways I think it’s unfortunate that the statements have only come out in recent weeks and that in past cases of the use of the death penalty in Indonesia there hasn’t been such public condemnation or such strong public statements.

It tends to be a bit inconsistent. Australia is only speaking up when its own self interests are at stake, and when its own citizens are on death row. For instance, when the Bali bombers were executed, the public position of our Prime Minister at the time was actually quite supportive of the death penalty in that particular case. So, I think its really important that Australia have a much more principled consistent position rather than picking and choosing the cases that they’re going to get involved in.

What evidence is there that such an approach has worked in the past?

In the UK they seem to have had some success, particularly in some of the Caribbean countries like Barbados. Also Uganda and Kenya, who have taken certain steps to reduce the use of the death penalty. So yes, I think it can be effective but the exact strategy really depends on the country specifics.

The quiet diplomacy approach has a lot of public support. A more vocal approach might make it more difficult for the Indonesian government to reverse its decision or alter its stance. What are your thoughts on that argument?

I would challenge people who support quiet diplomacy. Where has it been effective? I haven’t seen any single example where quiet diplomacy has been effective, particularly on death penalty cases. I mean yes, if the government only speaks out very occasionally and very belatedly then clearly governments don’t like being called out, but at the end of the day, governments behave better when other governments are actually paying attention to what they’re doing.

It’s not like Australia is asserting its own value system on Indonesia. There has been a global movement – a global trend towards abolition of the death penalty – and Indonesia unfortunately seems to be bucking that trend by going backwards. We have seen under the previous president, Yudhoyono, that there had been steps toward having a moratorium for a certain period of time. But unfortunately it seems like that position has been reversed.

Andrew Chan and Myuran Sukumaran appear to have been rehabilitated, so the death penalty seems particularly cruel in this instance. What role do you think remorse plays in this? Are they more deserving of mercy than most? And do you think they would have garnered as much public support if they weren’t remorseful?

Certainly the position of my organisation is that the death penalty is always wrong and inherently cruel punishment. There are no circumstances when governments should be deciding who gets to live and who gets to die. There are other punishments that fit certain crimes. You can sentence someone to life imprisonment, you don’t have to take their life away.

I think in this case the remorse is relevant partly because the President has said one of his reasons for bringing back the death penalty for drug traffickers and drug crimes was in order to prevent prisoners from running drugs out of the prisons. Clearly in the case of these two individuals, they’re not running drugs out of the prisons. By all accounts they’ve rehabilitated themselves and are doing what they can to help others in the prison. So I think remorse is relevant in that sense.

I think has also been relevant in terms of shaping how the Australian community feels about these individuals. I think there was a lot less sympathy for the “Bali 9” eight or nine years ago when this first happened, and people probably thought “well, they knew what the penalty was.” The fact that so much time has passed, and they have been sitting on death row, and they have made efforts to turn their lives around – I think people feel very sad and upset about this.

And I think certainly the Australian popular opinion has been important in shaping the Australian government’s recent comments speaking out about the death penalty.

“I think much more needs to be done by countries that don’t support the death penalty to convince other countries that the time for deciding who gets to live and die has passed.”

Are you hopeful that the use of the death penalty will decrease worldwide?

It has if you look over the last 100 years or so. Fewer countries are using the death penalty. It’s being used in much fewer individual cases than previously. So yes I am hopeful.

But I am nervous about the trend in this particular region with countries like Papua New Guinea talking about bringing it back. Brunei has a new penal code which isn’t enforced yet but also has the death penalty on the books. And we have a lot of countries like Malaysia, Singapore, Vietnam and China which still execute people from time to time.

So recognising the utility of it – certainly it serves domestic political agendas of being tough on crime – but I think if people actually look for the evidence, the evidence isn’t there to support it as more effective than other forms of punishment.

Shares
Comments Off on Wrong and inherently cruel punishment