Yhonnie Scarce is an Australian artist specialising in glass-blowing. Since graduating from the South Australian School of Art in 2004 her work has given a voice to a number of Indigenous issues, including the trauma of displacement and relocation, the effects of genocide, and social and political effects of colonisation on Indigenous people in Australia.

Born in Woomera, Scarce is a descendant of the Kokatha people from the Lake Eyre region and the Nukunu from around Port Lincoln. Having majored in glass making she uses this medium to highlight the treatment of Indigenous Australians in a range of contexts, both historically as well as today.

“To be honest I left full time work to go back to university and I fell in love with glass,” says Scarce. “Towards the end of my undergraduate degree I figured out that this was what I wanted to do.”

“Glass can be very strong and in that way it reflects the resilience of our people, it is a creation that is witness to our journey and one that still continues today.”

“It is such an honour to be invited to exhibit at the Biennale. It’s very important to ensure that our stories and our history are shared, and to do this through my art is a very special opportunity.”

Scarce will exhibit her work in Personal Structures, an international art project that began in 2002 that runs as part of the Venice Biennale. She will be the first Indigenous Australian contemporary artist to be selected for the exhibition.

Her work this year continues her focus on the effects of massacres and genocide and promises to be a personal and political examination of how death is represented in Australian culture. This will also be the main theme of her work at the Biennale.

Describing her new work, titled Blood on the Wattle, which she show at the Biennale, she explains, “There will be a free standing life size perspex coffin.”

“And within this encasement will be close to three hundred glass yams.” 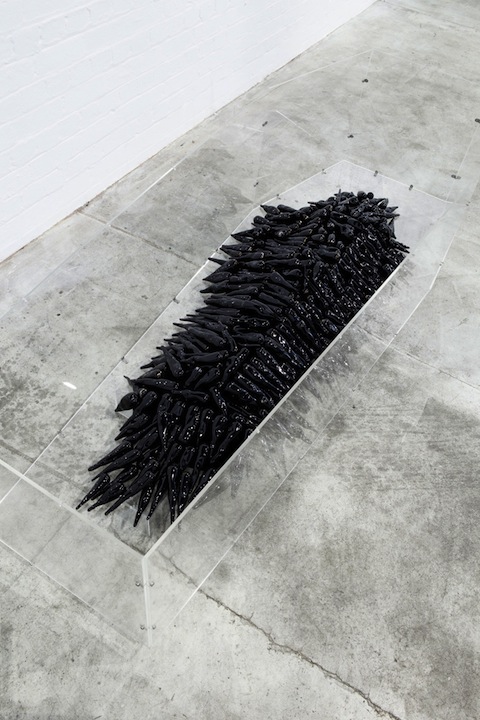 This new work is a part of a series developed to commemorate Aboriginal people who were victims of genocide. Each creative exploration was inspired by examining the tools and instruments that were part of the scientific analysis of the Indigenous body. For instance Scarce’s “Burial Ground” was inspired by an autopsy table. 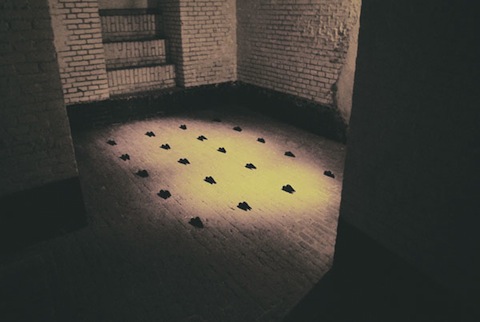 “I’ve previously created smaller burials and they seem to be getting bigger and bigger and it gives me an opportunity to explore the idea of containment. I’ve chosen yams because all bush food makes reference to the body so the yams represent the elongated form of a corpse.”

Bush bananas and yams are important cultural metaphors and give depth to Scarce’s work in revealing how Aboriginal peoples have been treated over time. This isn’t a work for the fainthearted, it is political and strongly narrative driven.

“Some people don’t like my work, they find it too confronting,” says Scarce, “But if you don’t want to engage in this conversation then the solution is simple – don’t look at my art. But that doesn’t mean it will go away.”

Scarce mostly works with black lustre and finds it a useful motif for her work, especially to make statements about mourning. 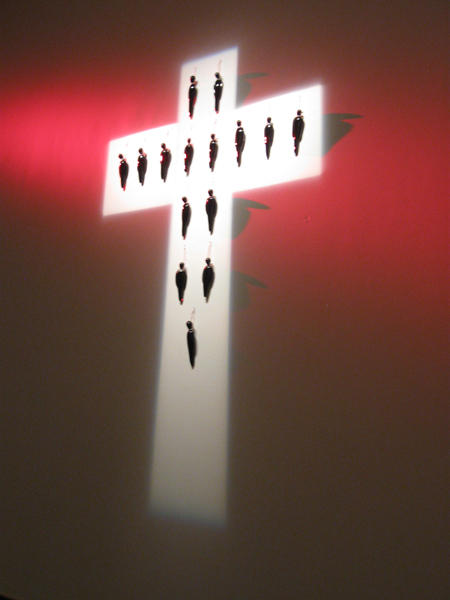 “While the colours tend to depend on the type of the work I create, I find the repetitive form of the colour black ideal for the current explorations I’m making, although at some stage I am looking at also experimenting with red.”

On her use of glass, she says: “It was always something that I felt was just right for the stories that I wanted to tell.”

“To define the strength of our culture it may seem strange to use glass, but it’s not as fragile as most people would think. Glass, in fact can be very strong and in that way it reflects the resilience of our people, it is a creation that is witness to our journey and one that still continues today.”

Scarce’s presence at this year’s Biennale is an opportunity both for her own professional development as an artist and for giving a voice to Indigenous Australian perspectives on the international stage. Through her art, Scarce gives voice to an alternative history of our country, one which is increasingly occupying centre stage.

Shares
Comments Off on Witness to our journey

Dione Joseph is a theater director and writer with an academic and performance background in community and cultural development.