Andrew Zammit is a researcher at Monash University’s Global Terrorism Research Centre and is undertaking a PhD in Political Science at the University of Melbourne. He is also Deputy Editor for Australian Policy Online and maintains a blog, The Murphy Raid. He recently authored a report for the Lowy Institute, titled Australian Foreign Fighters: Risks and Responses. We speak to Andrew to get a clearer picture of the threat from domestic terrorism in Australia and its relationship with human rights. 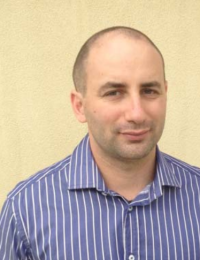 Right Now: In a 2014 interview with Right Now, Executive Director of the UN Counter Terrorism Committee, Mike Smith, described a “siren call” to jihad used by jihadist recruiters. How does the recruiting drive manifest itself in Australia?

Andrew Zammit: Australians have been joining armed groups in Syria since at least 2012, and in the past year ISIS [Islamic State in Iraq and Syria] has become the most popular group. Current estimates (they change quite quickly) are that around 100 Australians are fighting for jihadist groups in Syria and Iraq, around 25 or so have died, and about 30 have returned.

There’s nothing unique to Australia about the message attracting them though. This is a global problem; ISIS has fighters from around 90 countries.

A few years ago, the message attracting many fighters was that the Bashar al-Assad regime was massacring fellow Sunni Muslims and that there was a need to fight back. Those travelling to join the fight would not necessarily have been committed jihadists. But now many have bought into ISIS’s extremist message of global war and of a historic chance to build a supposedly pure Islamic state. ISIS propaganda exploits grievances against Sunni marginalisation in Syria and Iraq, Western military interventions in Muslim countries, and anti-Muslim sentiment within Western countries, while promising purity, adventure, purpose and comradery.

What effect, if any, has the “Sydney Siege” incident had on domestic anti-terrorism policy?

It’s led to a bunch of changes that are outlined in the Sydney Siege Review which involve increased information sharing, firearms monitoring, visa scrutinising etc.

But I think a further, but more hidden, change will likely be that the agencies will follow up any potential leads more aggressively, and that’s not necessarily a good thing.

Some commenters claimed that the Sydney Siege showed that security agencies had dropped the ball, because the gunman had been known to authorities yet managed to carry out the attack. The problem with that argument is that many people are known to authorities, and most won’t prove to be a threat. Security agencies aren’t magic and can’t predict exactly who will actually attempt a terrorist attack, but they also can’t and shouldn’t pursue everyone, so some people will inevitably slip through gaps in the system.

If every successful attack is seen as an intelligence failure, the pressure will be on agencies to surveil many more people and use coercive powers much more often. This won’t be good for human rights and probably won’t make us safer.

The Australian Human Rights Commission has described the recent amendments to the Anti-Terrorism Laws as “concerning” for human rights. What are the current measures and do they pose a threat to the rights of Australians?

Passport confiscations, foreign incursions charges and the ability to prosecute preparatory terrorist actions are very much necessary. They have prevented much larger numbers of Australians from joining ISIS and have helped to foil plots.

But many of the new laws introduced by the Abbott Government are questionable and could harm innocent people. I worry a lot about the no-go zones, which currently make it illegal to enter some parts of Syria or Iraq if you can’t prove you had an entirely legitimate purpose. It basically amounts to reversing the burden of proof, though the government tries to argue that it doesn’t do that, but it does. Data retention and reduced restrictions on coercive powers are also quite concerning.

In your recent report published by the Lowy institute, you support the use of CVE. Could you explain this concept for our readers?

CVE stands for “Countering Violent Extremism”, which has become a catch-all term for non-coercive efforts to prevent people from becoming involved in terrorism. It covers many different things, from prison rehabilitation programs designed specifically for convicted terrorists, to online campaigns against terrorist propaganda, to counselling services to help people leave violent extremist movements, to mentoring programs for people considered at risk of becoming involved in such movements, to sporting and community programs.

The important thing is that CVE measures are not intended to replace police and intelligence work. Terrorists plots still need to be foiled, people violating laws still need to be charged. CVE is meant to just be an additional tool to address the threat, and one that is less harmful (if misused) than coercive measures. Successful CVE can reduce the number of people who have to be monitored, investigated, and prosecuted.

Social media seems to play a large part in how terrorist groups communicate. Do these groups have a “right” to a Twitter or Facebook page, and should these companies be doing more to exclude extremism from their sites?

There are no human rights being violated by suspending Twitter or Facebook accounts that support ISIS and similar groups. They are private companies and they don’t have to give a platform to people who violate their terms of service, which these users regularly do by calling for violence or spreading violent videos.

Mid-to-late last year ISIS had a huge Twitter presence, much of which they generated artificially (through bots) and they bombarded unwitting Twitter users with propaganda. But Twitter has been routinely suspending pro-ISIS Twitter accounts for at least the past six months, with quite a bit of success. It’s much harder now for ISIS supporters to hijack unrelated hashtags and use them to spread their beheading videos.

The pushback against ISIS has not just been by the company, but by regular Twitters users. For example, after ISIS murdered journalist James Foley in August 2014, a Libyan human rights activist (@LibyaLiberty) started the hashtag #ISISMediaBlackout which went viral instantly. It led many more people to report and block pro-ISIS accounts and helped reduce their reach.

There’s still more Twitter can do though. The best research on this has been by J.M. Berger and Johnathon Morgan.

What responsibility do we have to those in Iraq and Syria who are suffering at the hands of Australians who join IS?

This is one reason why confiscating the passports of suspected terrorists is good policy. It’s common to hear people argue “well that just keeps dangerous people here, let’s just let them leave”. I find that a very parochial view. It leaves the suspects free to carry out human rights abuses overseas. It amounts to pushing the problem onto other countries, when Australia (with very well-resourced security agencies) is better equipped to handle it.

The federal government has been considering cancelling the citizenship of Australians who join ISIS but I think that would be irresponsible. For example, two Australian ISIS members, Khaled Sharrouf and Mohamed Elomar, have been bragging about war crimes and keeping sex slaves. They take pride in their atrocities. It’s hard to think of anyone more deserving of losing their citizenship. But would that actually stop their atrocities? It’s hard to see how. It would just be a declaration that Australia is absolving responsibility. It’s much better for Australia to do everything it can to bring them to justice instead.

Shares
Comments Off on Domestic terrorism in Australia

This interview has been edited for length.

Hector Sharp is the Victorian Co-Convener and IHL Spokesperson at Australian Lawyers for Human Rights.