Walkey Award-winning radio journalist Colm McNaughton’s documentary La Frontera recently won the United Nations Association of Australia Peace Prize for radio. The documentary examines the ultra-violent narco-wars along the US/Mexico border, framed in the context of ongoing imperial relations with the US, most clearly articulated in the North American Free Trade Agreement (NAFTA) of 1994. The shocking loss of human life and dignity in this region has, of course, affected the means by which journalists are capable of reporting on this issue. Over 60 media workers have been killed in the region with complete impunity, making it one of the most dangerous regions to report from. I spoke with Colm about his journalism, politics and ethics, and the dangers of the silence the media has assigned the conflict.

In human terms, how would you describe what’s going on along the northern border of Mexico?

Well, if you really want to know about it, you’ve got to take all your assumptions about who you are as an Australian, your views of the state, what that means about social relations, everything that you assume about water, healthcare, etc., and throw them out the window. It’s a big shift … Because what happens when we try to understand, or someone tries to explain across a tradition or across a cultural history, is your own assumptions get caught up in it.

[This issue is] not just a question of some women or some people being killed in Juarez, it’s an implosion of a state, or even more, it’s about an empire in decline and it’s an experimentation zone of empire … The US/Mexico border has been an experiment of neo-liberalism by the US Empire since the early nineties and the bringing in of NAFTA. Part of that is the explosion of drugs and the narco-trade, and the battles over the plazas. But it’s more than that. It’s also the maqiladoras [factories] and the shanty-towns that have emerged there and the starvation wages paid by corporations … What I really think is happening on the US/Mexico border is the emergence of a market-state form of fascism. It’s part narco-organisation, part private military company, and part corporation, so you have a new morphing of ultraviolence, and it’s a response to the decline of empire.

It’s sort of like what happened in Spain in the ’30s when the Nazis were actually practicing their blitzkrieg techniques on Spanish civilians and anarchists and communists … These things happened, but people did not want to know about it. 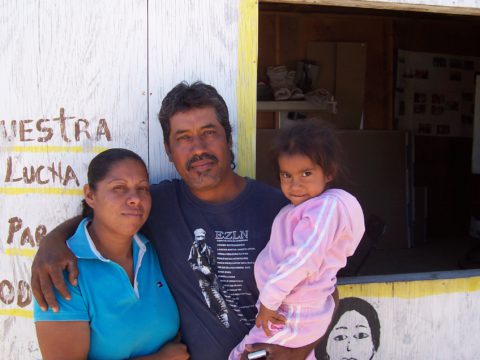 RN: When we talk about conflicts and the loss of human life and dignity, a lot is lost in the language we use to describe it. Human suffering is almost impossible to quantify, and when it is quantified, it is just as difficult to comprehend. In your journalism, how do you manage to balance the need to report on human suffering with not exploiting that suffering?

Part of my own story is that I grew up in the north of Ireland … I come from a culture of endemic war, and I grew up in a family of domestic violence, child sex abuse, alcoholism, and poverty, so unfortunately I know this, and in its own perverse sense, [it’s a part of] my own healing as a human being. What happened in Ireland in the mid-nineteenth century and the an Gorta mór, the Great Hunger, was an experiment by the British empire on the edge of empire. [It was] their form of a neo-liberal experiment at the time to get rid of the millions of Irish peasants in order to clear land. What happened there is happening in Mexico now.

It’s not about wanting to be a great journalist, and it’s not because we’re going to find the truth or solve this problem. Some kind of human connection has to be made, and it’s going to plant a seed in other people’s minds. We live like this in Australia because they live like that in Mexico. 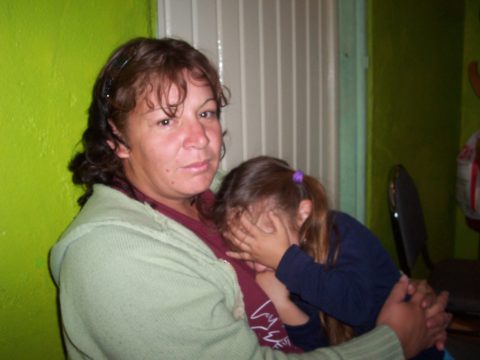 As a model, it’s very flawed from the beginning. You have the 1949 Declaration of Human Rights, and for me, that’s very much a part of the Bretton Wood system and the Americans setting up their financial infrastructure … The history of human rights, and Eleanor Roosevelt’s role in devising this, is not without reason. Her partner was actually creating the Pax Americana the very same time that she was creating human rights. There’s this discussion of liberalism versus conservatism in the US, and the liberals are seen as leftists, but that’s incorrect. Liberalism is central to the US Empire, its growth and its development.

So at one level, La Frontera can be seen as a question of human rights, but I think that’s too limited. I don’t think really you can see the conquest of the Americas as a human rights issue … It’s not about individual people in prison, it’s a systematic dimension that’s gone on and is going on all the time. How do you respond to that? My answer is that you need other discourses. Human rights either needs to be expanded, or dropped as a discourse. … We need new tools.

I don’t think really you can see the conquest of the Americas as a human rights issue … It’s not about individual people in prison, it’s a systematic dimension that’s gone on and is going on all the time. 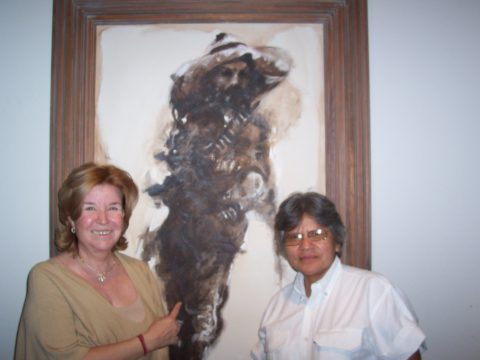 The media doesn’t really cover the issue. Why is that?

What is the media? To a large extent, it’s corporations. Its reason for being is profit. What sells papers? Women getting chopped up, people’s bodies, murders and massacres, this sells papers … If you want to tell stories that actually make links, that contextualise, that give history, then it takes more time. It takes time to read it, and it takes time to write it. It takes a media outlet to support that process.

In Australia we’re lucky to have the ABC. In some countries, they don’t have that; it’s purely corporate media. The ABC actually has a commitment to telling bigger stories, to nation-building, and that’s an important dynamic. When I approach The Age with stories about what’s happening, they say, “We get all we need from the LA Times and the NY Times,” without actually asking who I’ve spoken to and what kind of story it is. They’re just not interested in the slightest.

[Facebook culture has made it] harder to hold a longer story, to sit and read a book. What does that mean for any kind of democracy or accountability when a generation, or a couple of generations find it difficult to hold a story? … It means people are going to be more easily manipulated by very powerful people who have access to big media, and I’m thinking here of Mr Rupert Murdoch. And do we want a society run by Murdoch? Like Berlusconi, he’s not only a powerful media operator; he’s a powerful political actor … Who consumes media? Who actually votes? … We have to understand the media’s power and role in that, and we have to support alternative media forms in any way shape or form.