In the peak of the mid January heat, hunger strikes took place on Manus Island Detention Centre. Detained asylum seekers were protesting their ongoing incarceration and the prospect of forced resettlement within Papua New Guinea. 15 people had reportedly sewed their lips together and many more were refusing food and water.

The media was unable to verify the extent of the protests; the Australian Immigration Department was typically vague on detail and information trickled into our news bulletins through smuggled mobile phones via refugee rights activists and NGOs.

In the midst of this, Right Now sat down with Ramesh Fernandez to discuss the way asylum seekers are represented in the Australian media. Fernandez is the founder and CEO of RISE: Refugees, Survivors and Ex- Detainees. He spent more than three years incarcerated by the Australian government after he fled Sri Lanka to seek asylum in 2001. 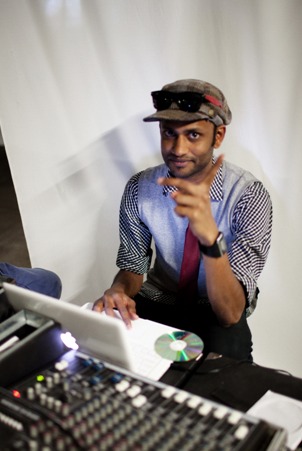 Right Now: What is RISE and what does it do?

Ramesh Fernandez: RISE is the first organisation in Australia entirely governed by asylum seekers and refugees. We aim to create a space for refugee communities: from the community, for the community. It is a safe environment for people to come and access services. We provide settlement services, welfare assistance, advocacy, music and arts. We also offer a food bank, employment opportunities, a drop in centre and a library.

When you go to another refugee organisation you will see non-refugees in upper management and executive positions making decisions regarding services catering for refugees. What you’ll find here is different; refugees from the community are directing and driving our efforts to build a community. It’s something you won’t find anywhere else.

Where does that philosophy come from? Why is it important that the people who work at RISE come from a refugee and asylum seeker background?

It is important for us to represent ourselves and what matters to our community rather than let other people speak on behalf of us. We know what’s best for us. We are in a better position to talk about the issues and the discrimination that we face, and the transition that we went through. It’s really important for us to have a self-determination process. We want to be able to fully represent ourselves.

It seems as though in the media coverage about asylum seekers and refugees, there is a real absence of refugee or asylum seeker voices. Do you think it’s hard to find people who can speak for themselves on this topic, or do you think the problem is that media isn’t trying hard enough to seek out those voices?

I think the sector itself plays down the skill of refugees. They always get a refugee to speak about their experience and a non-refugee to talk about the human rights violations. That’s always the case. It’s about non-refugees speaking on behalf of us and what we’re going through. They don’t want to hear about human rights and the abuses and the torture from the people who are suffering. Non-refugees are always pushing to the front. The people in the media, they don’t understand or they don’t get it.

For those who are often asked to speak on behalf of refugees or on the topic of human rights abuses against refugees, how can they be a good ally?

It involves understanding that giving asylum seekers and refugees space in the debate is really important. Within yourself you need to understand: who are the people who are actually going through it? Who are the people who need to be given priority? There are 57 million displaced people in the world – are you telling me that they can’t speak for themselves? Are you telling me that someone needs to talk on behalf of me?

There is a space for you to participate, but you are the Other. You are not within the community. You are not a refugee or an asylum seeker; you are not a displaced person. You are speaking on behalf of us, so you need to understand what space you are stealing from our community.

If someone believes in human rights, the first thing they should think is “how can I support the people to have self-determination?” Let the people speak on behalf of themselves, and be the second person. Push those peoples voices to the fore. That’s really important.

Who is asking people to talk about refugee issues? The media. As a person who is talking about human rights, you are violating our human rights because you are not letting us speak on behalf of ourselves.

Is that why RISE often refuses to be interviewed by Australian media publications?

RISE would like to engage with the Australian media if there is a space for us, but I don’t think that there is a space for us. The space that they create for us is for the “emotional story”. What we went through in detention, what we went through while we were on the boat; “how do you feel now?” “Are you happy?” Those are the questions we are asked to fill and then someone else is asked to talk about the legal side of it. There is no interest for us to be involved in that capacity.

Do you think that the treatment of asylum seekers who arrive by boat is a manifestation of Australian racism?

Definitely, it’s structural racism towards people of colour. Who is affected by these policies?

They all happen to be people of colour.

The Constitution is built upon racism in Australia, so of course people who come on boats like us are treated as second class citizens. Like dirt. That comes from institutionalised racism.

Do you think people who vote for policies that use harsh measures against asylum seekers are aware of that institutionalised racism when they vote that way?

What do you think is the solution? How can we affect change?

People need to organise and mobilise. But first they need to listen, consult and take direction from the actual affected community.

They need to consistently pressure politicians and decision makers in government, and also non-governmental capacity, who influence refugee policies to work towards true justice for our people rather than providing adhoc, piecemeal “solutions”.

What do you think is the ideal way to process asylum seekers?

Allow them into our community. Let them work and study while their applications are being processed fairly and humanely. Simple as that. No detention.

This interview has been edited for clarity and length.