Kim Scott’s latest novel Taboo is a story that haunts.

Set in the present, the novel is firmly grounded in place, a ‘taboo’ place; the site of a massacre.

The novel follows a group of Noongar characters who travel back to their ‘taboo’ ancestral country and in doing so, uncover the possibilities that such a return can enable for healing and restoration.

Scott starts the novel by addressing the titular ‘taboo,’ the killing of Aboriginal people many years ago. This massacre has been swept over and buried by colonial settler accounts of history. Scott uses historical events, particularly the Kukenarup Massacre, to voice taboos of many kinds, including Indigenous dispossession of land, intergenerational trauma and the subsequent destruction of the natural environment. Taboo does not shy away from Australia’s haunting colonial legacy, but rather, confronts it head on and demands readers to do the same. 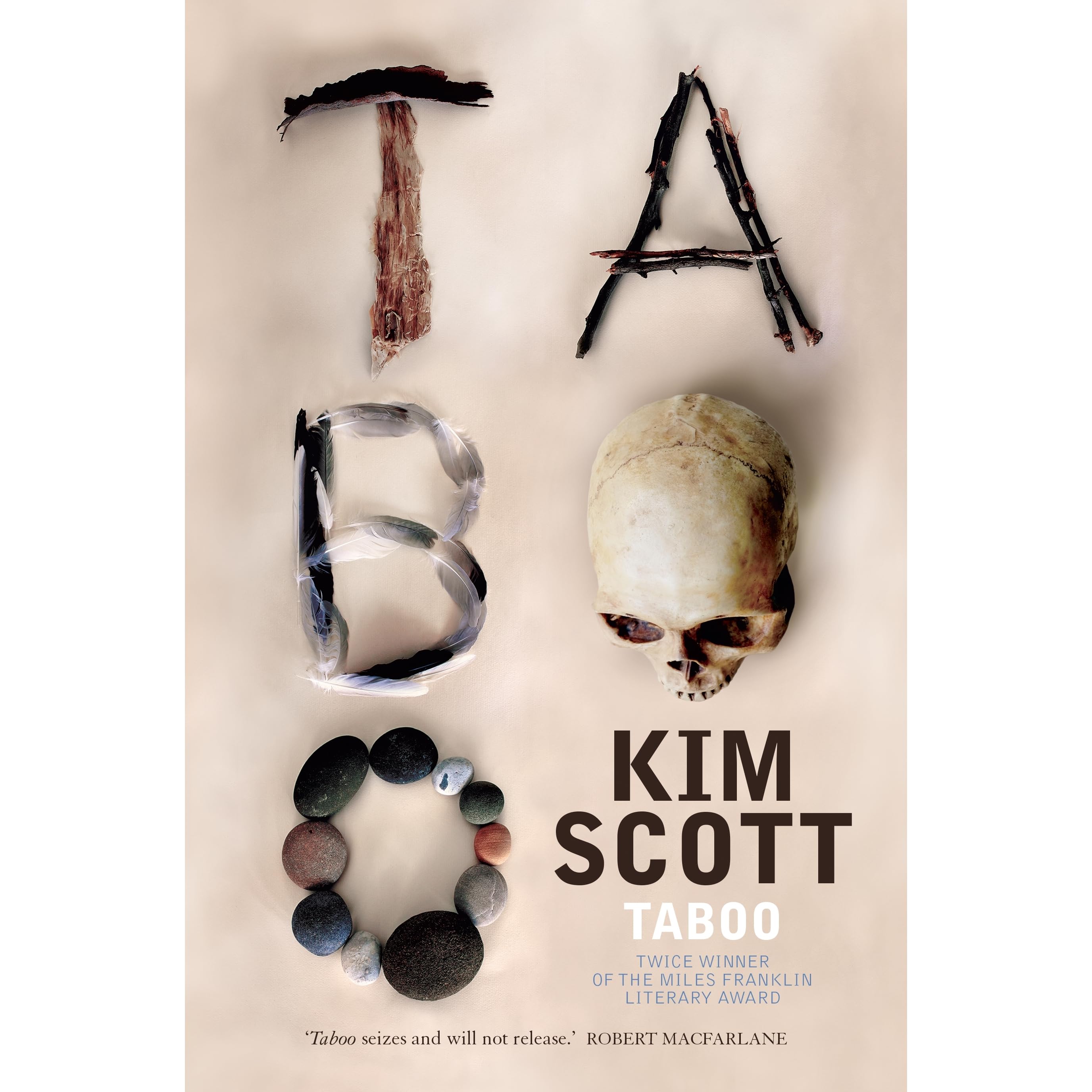 Despite the harrowing and charged material that Scott engages with, the novel’s omniscient narrator forewarns Taboo is not a story of ‘revenge of any kind’. Instead, as Scott professes, Taboo is ‘about healing and transformation… how that can be facilitated through connecting with a precolonial heritage in place’.

Scott recounts how ‘the early part of [Taboo], saying and putting massacre and saying we don’t do that pay back stuff, is to quickly signal something rather provocative, I think.  That it’s a non-violent form of resistance. So rather than seeking revenge, that’s part of what’s going on. But it’s also looking at that, that doesn’t work for us. Through violence we were virtually destroyed. There is no point trying to do that same thing back, we have to find something in ourselves’.

‘But I’m thinking about it in a much lower level than that. You know, a right to nourishment and enrichment of one’s history and rebuilding community. Not accepting the way, the situation is, as you know the legacy of oppression, things like that’.  As Scott indicates, the focus of Taboo does not lie with voicing colonial violence but in highlighting its legacy.

‘I think human rights possibly applies in this novel, in terms of the right to nourishment and to access other ways of being that we may have been prevented accessing. Particularly when it’s part of what should be one’s cultural inheritance’.

Taboo uses the ‘haunted’ space of the massacre site to expose the ongoing trauma and devastation of the colonial project on Indigenous peoples cultural, spiritual and legal relations.

Ultimately, Scott suggests, this is ‘one of the things that the literature does… It’s an interior place, the business of when literature’s being read, there’s an interior world that’s created. A one-on-one, between the reader and the writer. So, there’s something expanding and enriching, I hope going on there. It’s not a transactional passing of information. So, I think that idea of expanding interior worlds and trying to get them to intersect. I think that’s enriching, potentially’.

In Taboo Scott plays with ‘other ways of storying some of this experience, the military style resistance, the undead zombie, fairy tales, the ancient tongue’ to draw our attention to ‘different modes’ of storytelling. For Scott, writing gives him the unique opportunity to explore how the healing process for Indigenous people is intimately associated with place.

In Taboo, Tilly and Gerald are two characters who are physically plagued by their violent pasts. Their ‘healing’ journey begins when they, alongside Noongar language and knowledge, are returned to country. Here, Scott teases the ‘possibility of being nourished or nurtured, through community, recognising the importance of that and that’s part of the balancing out vulnerability and strength I suppose’.

‘That interests me a lot,’ Scott continues. ‘You know, it’s not resistance. It’s not the answer, in terms of dealing with that sort of history or the consequences of that sort of behaviour. It’s not a resisting in kind. It’s a resistance through trying to rebuild one’s own culture and community and I think that, there is, human rights involved in that’.

Scott says, ‘so, in Taboo it’s a lot about the facing up, to this, and we were done over and nearly destroyed. But this place and its history did sustain us. It should sustain us again’.

‘I was thinking of many of these things that we’ve started by talking about. How much language can, for instance, be a catalyst for reuniting our home community and descendants with place, perhaps with ceremony emerging and the role of language, story and song in now’.

As a work of fiction, Taboo points to the very real ways cultural recovery can generate empowerment within Indigenous communities. In 2015, Scott was part of an initiative that was founded to return and restore Noongar stories and language within the wider community.

This year, Scott will feature as a panellist in the ‘Quantum Words Festival’. The writers’ festival spans three days and brings together creative thinkers to discuss issues about conservation in Western Australia.

For Scott, it is an event that he hopes ‘facilitates or enables some consideration. You know some holistic considerations of what it means to live culturally, human culturally, in an environment. And I’ve stuck in that “human culture” phrase because it’s also about interconnections between humans and animals or plants’.

Scott’s words are a timely reminder that Australia is home to different knowledge systems. The festival is a chance to ‘readjust our relationship with land and history’.

‘If I can use that sort of expression and connections and if indeed culture, fragments of culture can be a catalyst for that sort of recovery and restoration. And inevitably, in using the old and the ancient, to reconfigure how we live in a particular space now’.

Kim Scott is a prominent Noongar writer and scholar whose work has won many literary awards. He received the Victorian Premier’s Literary Award for Indigenous writing in 2019, for his novel Taboo. Scott’s involvement with the Wirlomin Noongar Language and Stories Project, as well as his literary output, demonstrates his unwavering commitment to the project of Noongar cultural recovery. Sharen had the chance to talk with Kim about Taboo and his appearance at the ‘Quantum Words Festival’, an event dedicated specifically to writing about science, creativity and the spaces in which they intersect.