[RN] Bolton (the coastal town depicted in Blue) seems pretty true to life. Where did you grow up, and when did you start to feel that racism was an issue in the community around you? Was it only after you’d moved away, or had you always been aware of it?

[Pat Grant] Bolton is a fictional place based on some of the little coal towns in between Sydney and Wollongong. I grew up north of there though. About a days drive up the coast in a little holiday town called Sawtell. I was pretty sheltered and I never really thought about politics so I’d be bullshitting you if I said I spent my childhood thinking about all this stuff. It was afterwards, when I was at uni that the whole “boat people” problem became a big political issue in Australia and a lot of lefty types started organising around refugee rights. When I was a bit younger I went out to protest at a detention centre for refugees in Central Australia. At the time there would be these big convergences of hippies and ratbags out there in the desert. Once there was even a mass breakout of the detainees at the Woomera detention centre. That wasn’t the one I was at. At the one I went to we just got bashed up by cops.

The three kids at the centre of Blue are obsessed with surfing. Is there an issue with racism in Australian surf culture?

I think racism is a problem in all cultures, and coastal communities in Australia are no exception. What is interesting about the coast is that coastal people, especially surfers, are suspicious of outsiders and very good at defending their turf. Which means that little games of exclusion and belonging are more overt.

I’ve heard that you happened to be in Cronulla during the riots there in 2005. How did that experience influence the direction of Blue?

That was what got me thinking about all of this stuff in the first place. Like I said I was interested in politics but the Cronulla riots connected this ugly Australian bigotry with this landscape and culture with which I am so familiar. I felt that for the first time in my life I had an insight into something large and important that not many other people had. And to be honest, I felt it would give the story a sense of timeliness that Australian readers  might respond to. 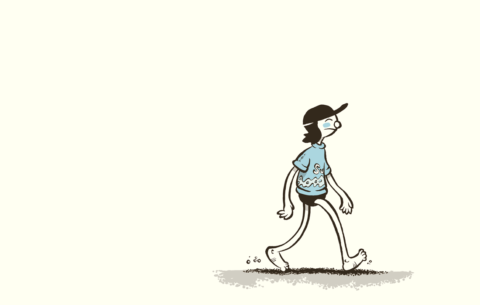 Although Blue is very honest about the ugliness of its protagonists’ racism, we also never learn anything about the Blue people – apart from their colour and their love of noodles. Was it a deliberate choice to never let the reader find out more about them?

The story isn’t about the Blue people, it’s about the kids. It’s about what happens to us when we are confronted with cultural difference and how all of that feels. I could have made the story more of a sci-fi thing and given the blue people their own background, but I’m more interested in old fashioned realism with a few other-worldly elements in there. In science fiction or fantasy, the characters are aware of the fantastical in their world and those implications are what drives the story. I was hoping that Blue would work more like a comic book version of magic realism than science fiction. You see that in a lot of modern literature. In magic realism there are fantastical elements but characters don’t directly acknowledge them, and the reader is left to decide whether these fantastical things are literal or metaphorical. I think it’s more powerful this way.

The narrator, Christian, spends most of his time whitewashing walls that have been graffitied by the Blue people. But no matter how much he paints over, they always return with their blue drawings. Why’s that?

I don’t know. Maybe that’s his job to repaint the walls. Maybe he’s one of those nut cases who take graffiti personally and wastes their spare time trying to cover it up. In Bolton the walls are just a symbolic battle ground for competing cultural interests like they are in any city full of stickers, tags, advertising, murals, signage and of course the squares of brown and gray paint that guys like Christian like to put up everywhere.

How does drawing a comic about racism differ from say, writing an essay about it?

Talking about racism is always really hard, because there are really no easy answers, but working in comics is good because it’s easier to avoid comfortable rhetoric and boring cliches. The traditional discourses we use to talk about race are kind of exhausted, but with comics it might be possible to say something new that hasn’t been said in critical language. Hopefully I managed to pull something like that off.

What are your future plans? Do you think you’ll ever return to the theme of race, or was this a one-off?

Well the original plan was to do a few more stories about Christian, Muck and Verne that were set in Bolton, but as I’ve been writing them I’ve realised that I’m writing away from all of the thematic stuff around which Bolton was built. Turns out I don’t have much more to say about all of this uncomfortable business of coastal town racism, so I canned that idea. My next book will probably be set in a beachside caravan park during the summer holidays. I’m in the middle of writing that now. I’ve also got a traditional genre piece bubbling away in the back of my mind but I’m not sure if that’s gonna be a comic book or a prose novel. I always wanted to write boring old word book without pictures so I might have a crack at that.

The complete story and copies of the book are available online. 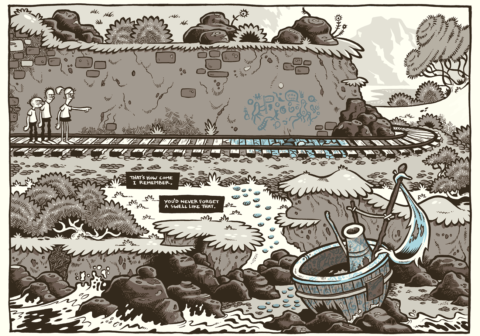 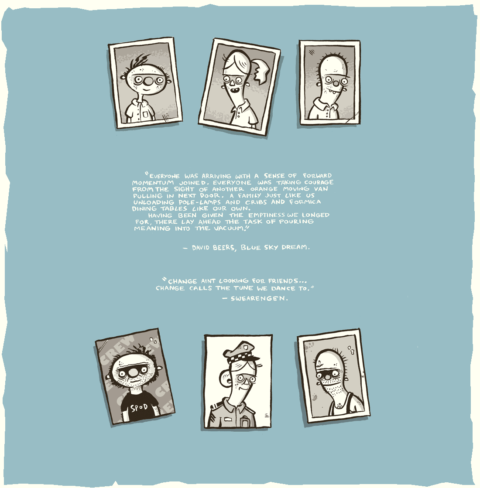 Saving Rice Relations is a political time-travelling satire. This fictional letter pens instructions that the author wishes had been said during the rise of Hansonism.

In this poem, John Bartlett examines scenes from the past and present day to consider how absolute power corrupts absolutely.