Behind Hong Kong’s dazzle and glamour lurks an encroaching autocracy. You can live within this mirage of overwhelmingly exciting materialism in the freest market in the world and possess the illusion of economic and political freedom. However, repression is lurking and political apathy is no longer an option.

I returned to Hong Kong, the city where I grew up, in late July. Concern for the now withdrawn extradition bill had galvanised Hong Kongers into a movement seeking fundamental political reform to pave way for genuine universal suffrage. Frankly, I would never have expected this ultra-capitalist society to be at the forefront of the fight against the growing authoritarianism of Beijing. I had been closely following the news since June, which cast an enormous shadow of mixed emotions on my psyche: worry, sympathy, anger, frustration and fear.

I became fixated on scrolling through social media and forums while having conversations with friends and family back home. It was nothing short of a ringing bell that summoned me back to Hong Kong, to connect with the movement, the land and my roots. I felt the urge to witness a milestone in Hong Kong’s postcolonial history – an unprecedented scale of protests which showcased people’s solidarity, courage, defiance and resistance. 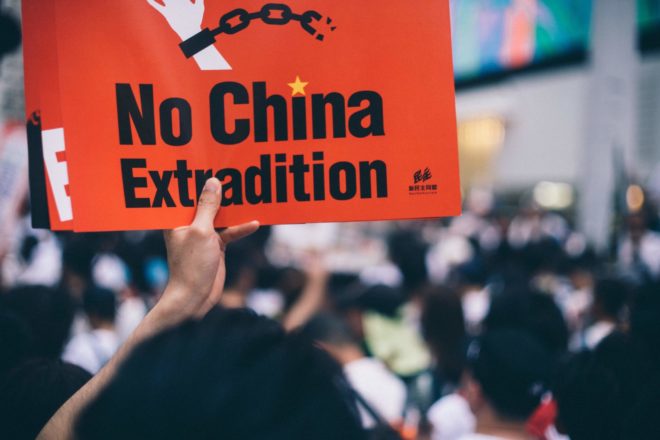 When I returned, I was beyond disappointed and disheartened at the government’s increasingly repressive responses. Hongkongers are experiencing an unprecedented climate of fear, one that disproportionately affects society’s youth. For instance, young people are more likely to be targeted by police for searches, as the movement is largely sustained by Hong Kong’s youth.

Even wearing black has become synonymous with supporting the protests. Black clothing attracts police and pro-Beijing supporters resulting in arbitrary arrests and assaults from paid thugs and triads.

When I arrived, governance had weakened, the police were severely abusing their power against protestors and public opinion was losing its significance. The lack of democratic representation in policy-making further intensified the disaffection of Hongkongers.

What struck me the most was how the protests caused Hong Kong to spiral into a deeply divided society where people were being categorised according to their political preferences. Society split into a yellow and blue camp. The former signifies the pro-democracy movement and the latter indicates a pro-establishment stance in support of Beijing. This division affects relationships among family, friends, partners and colleagues. Inevitably, airing one’s beliefs leads to hostility and resistance from the opposite camp.

It is not uncommon for couples or different generations within families to have conflicting views. Exchanging opinions is like treading on thin ice and discussions can become heated arguments in an instant.

Online verbal abuse spills onto the street resulting in assaults and brawls amongst strangers. Both sides have resorted to violence and society has become increasingly immune to more radical and aggressive tactics by the protestors. Disillusioned by the police’s lack of neutrality and incapacity to enforce the law, protestors take up vigilante roles to physically retaliate against the aggression of their opponents.

Some are unable to sympathise with the protesters because of the increasingly violent tactics used. They find the violence unacceptable or they adopt a middle ground, supporting neither the government nor the protesters.

Much of this division is fueled by the complexity of Hong Kong’s identity which is shaped by its Chinese heritage and status as a former British colony. In this highly capitalistic society, democratic values intermingle with an intensifying Chinese patriotism and collide across generations and sections of society.

Almost all of my peers who are mostly in their twenties and thirties unanimously identify with the movement and embrace the probability of a prolonged struggle against Beijing. Conversely, those born in the 50s and 60s under British rule greatly value economic growth and social stability and fear that the intensifying turmoil is a threat to Hong Kong’s status as a flourishing financial hub. These opposing ideologies are not likely to reach a compromise any time soon.

Experiencing the public’s anger, frustration, disillusion and hopelessness led me to reflect deeply on what Hong Kong means to its people. The number of people who now identify as Hong Kongers has reached a record high. A poll conducted by the Hong Kong University in June 2019 found that only 11% of people identify as Chinese. The majority, particularly young people between the ages of 18-29, are dedicated to preserving the Hongkonger identity. 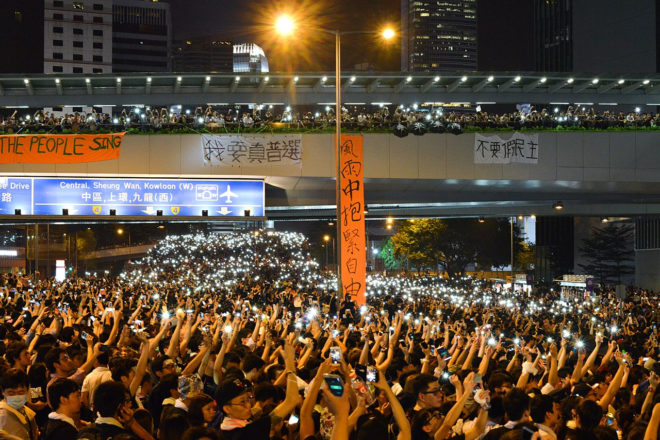 This identity is reflected in the mobilisation and self-governance of citizens throughout the territory, in the immense sense of personal initiative, grassroots activism, and the efficiency with which they compose both local and international campaigns.

This level of collaboration has given people a sense of being in the same rudderless ship where everyone is contributing in their own way.

When I took part in one of the vast human chains to chant and directly reiterate the five demands against the backdrop of thousands of waving phone torches, it felt no less than heartwarming and moving.

Though I have moved back to Melbourne, I still feel a strong connection to Hong Kong and am at times agonised by the anger, frustration, and helplessness of Hongkongers. Seeing this island embroiled in intensifying division and violence is heartbreaking.  However, the protesters’ persistence in pursuing their key demands has continued to move me despite the grim reality of Hong Kong’s present and future.

Hong Kong’s youth have realised that being politically apathetic is not an option anymore and are striving for a democratic and free Hong Kong. They firmly believe in maintaining the momentum to persist and resist the creeping erosion of freedom and autonomy and to uphold individual dignity and rights in the face of an iron-handed and repressive regime.

Stephenie was born in Canada, raised in Hong Kong and is a recent immigrant to the stolen land.