High in the mountains, covered in mist and forest, elderly women and small children break rocks by hand along the side of the road.

Stone chips fly into the faces of the workers, who wear no safety equipment apart from plastic coverings to protect them from the persistent rain in one of the wettest places on earth.

These are the ‘nong shain maw’, a Khasi Indigenous word meaning ‘the people who break the rock’. 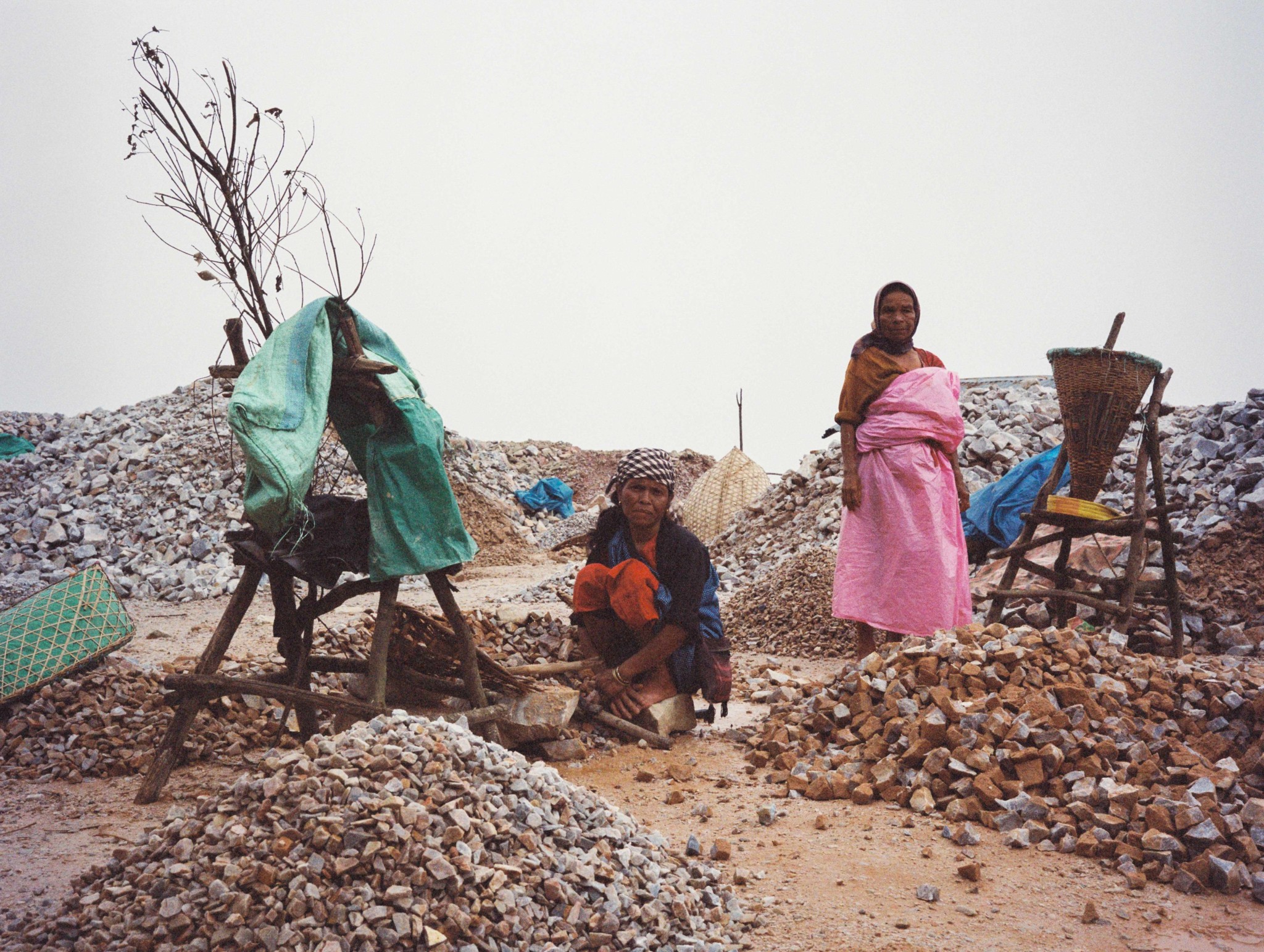 The Khasi are an Indigenous people who live in the mountains of Meghalaya, a remote state in Northeast India.

The region is replete with quarries from which limestone rock is hewn and broken up for shipment to Bangladesh.

The men who work at the quarry are called ‘nong ti maw’, meaning ‘the people who dig the rock’.

This too is dangerous work, with two men being buried alive in landslides while working at the quarries in 2017. 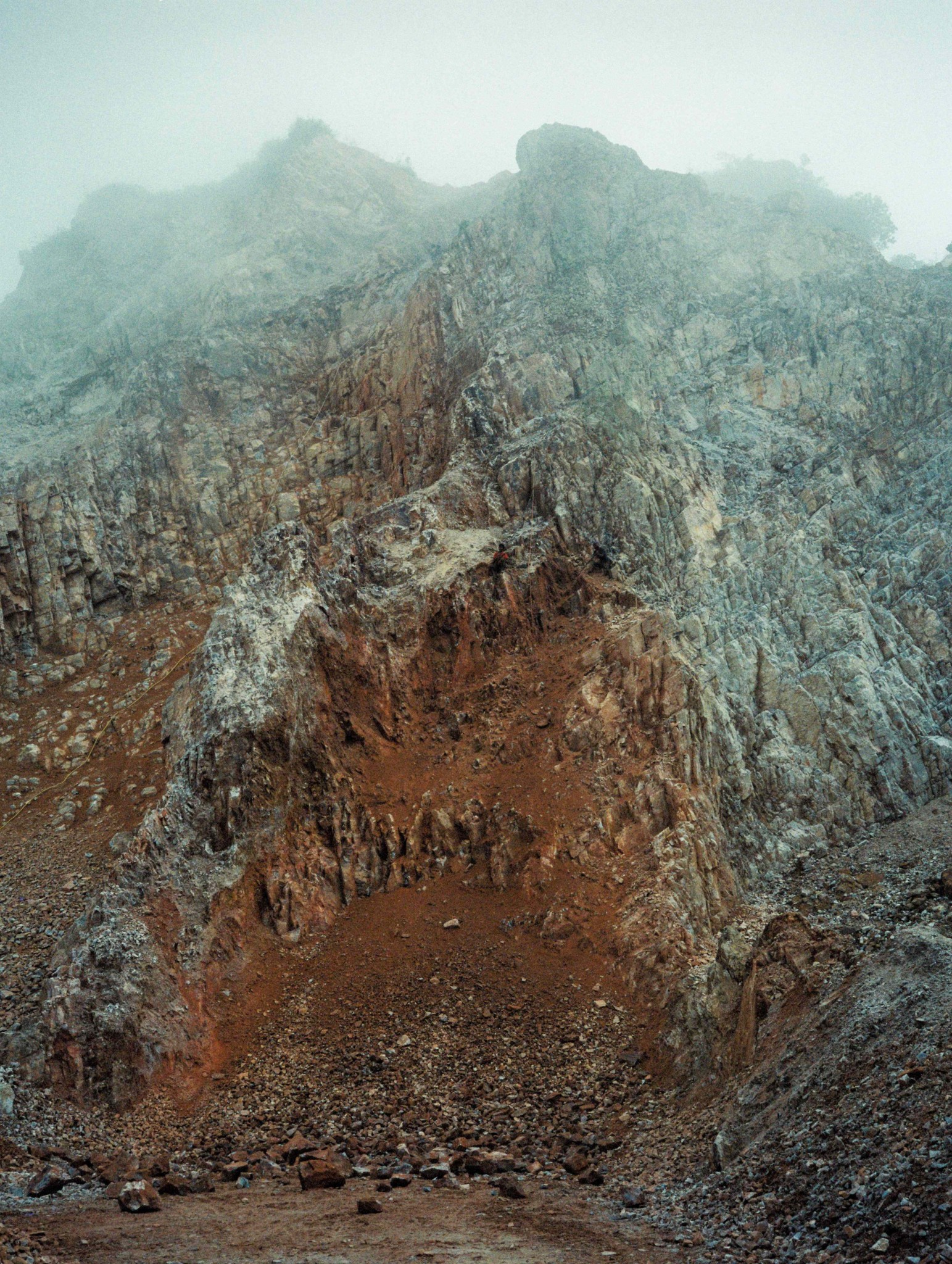 Once the large chunks of rock have been extracted, they are delivered to the ‘nong shain maw’ to be broken by hammers into various sizes. The rock is then sold to buyers in Bangladesh, who use it to build roads and to make cement.

For this dangerous and back-breaking work the nong shain maw are paid around $2 a day, and work 12 hours a day, six days a week.

The International Work Group for Indigenous Affairs (IWGIA) states that India has a population of around 104 million Indigenous peoples making up 8.6 per cent of the national population.

There are 705 nationally recognised ethnic groups, although IWGIA states there are many more.

The Khasi became part of India during British colonisation, and remained part of the country after independence in 1948.

A matrilineal society, the Khasi remain ethnically, linguistically and culturally distinct from mainstream India and, like many of the Indigenous peoples in Northeast India, harbour separatist ambitions.

A lack of government attention to the northeast, as well as ongoing separatist tensions in the area, means that Indigenous people such as the Khasi remain marginalised and are forced into back-breaking work like stone breaking to survive.

Yet, since these photos were taken, the limestone quarries have been closed down by the State Government. While this may seem like some kind of relief for the nong shain maw and nong ti maw, it has left the local Khasi people without jobs or income.

With little alternative investment, the area is destined to slip further into poverty.

In fact, some reports state that the closure of the limestone quarries – which follows a similar closure of coal mines in 2014 – actually infringes on the traditional land rights of the Khasi, which are protected in the Indian constitution. 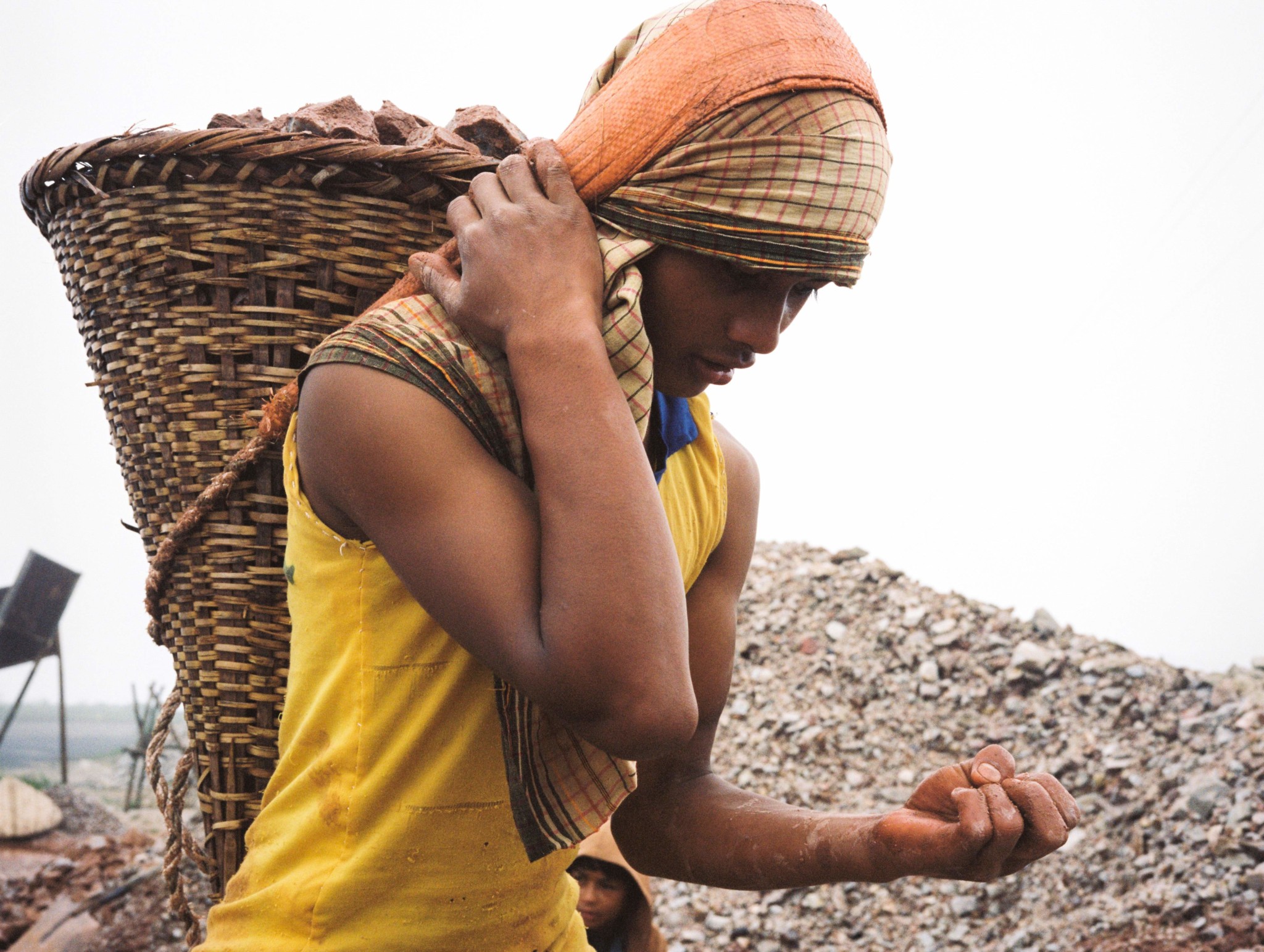 Yet regardless of whether the quarries will re-open in the future, it is clear that the Khasi face an ongoing struggle.

Like many Indigenous peoples worldwide, they are faced not only with the day-to-day reality of grinding poverty, but the fight to assert their independence and self-determination.

All photographs shot on medium-format film by Ali MC. 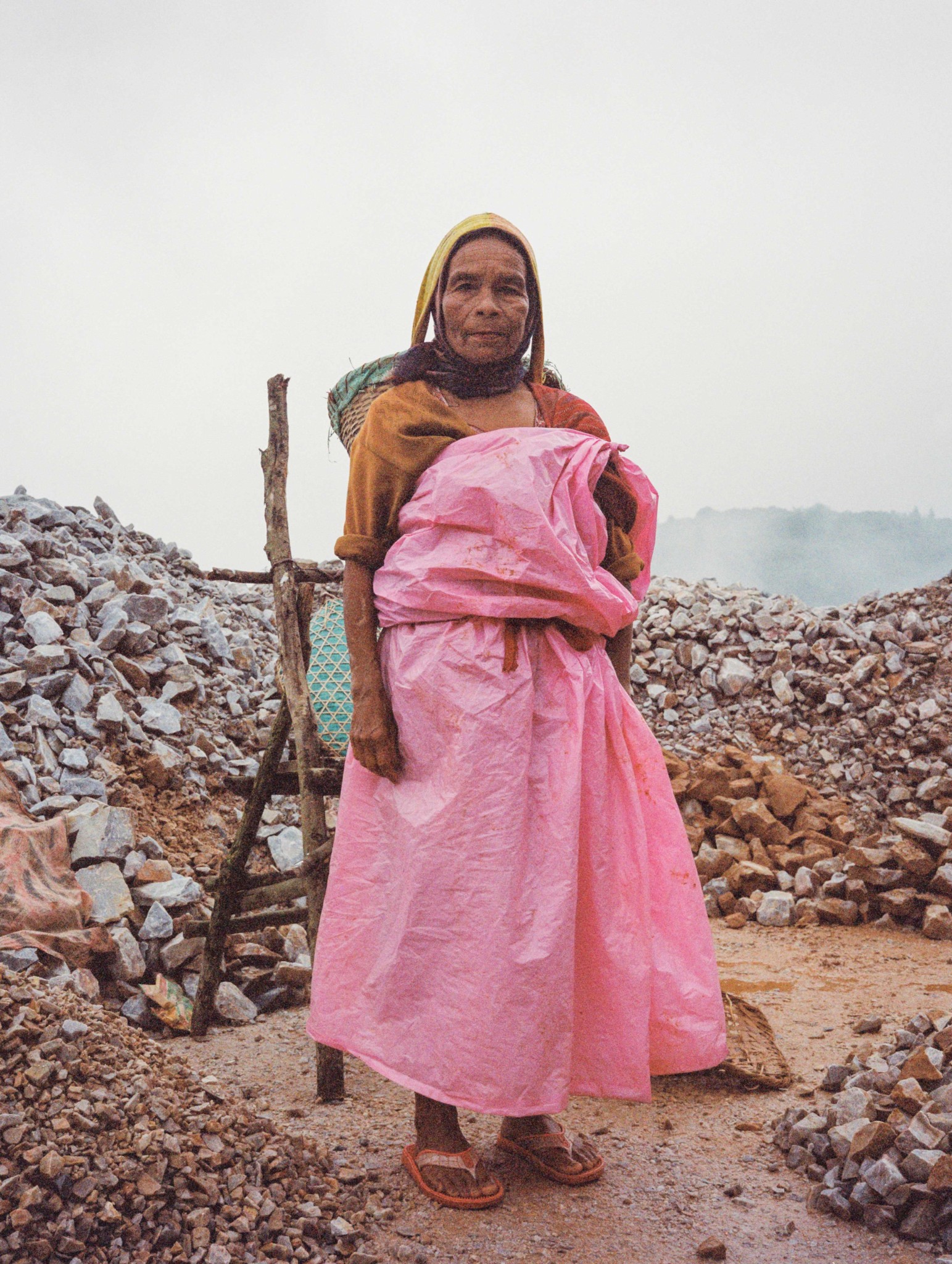 The Khasi are an Indigenous people who live in the mountains of the north-east Indian state of Meghalaya. 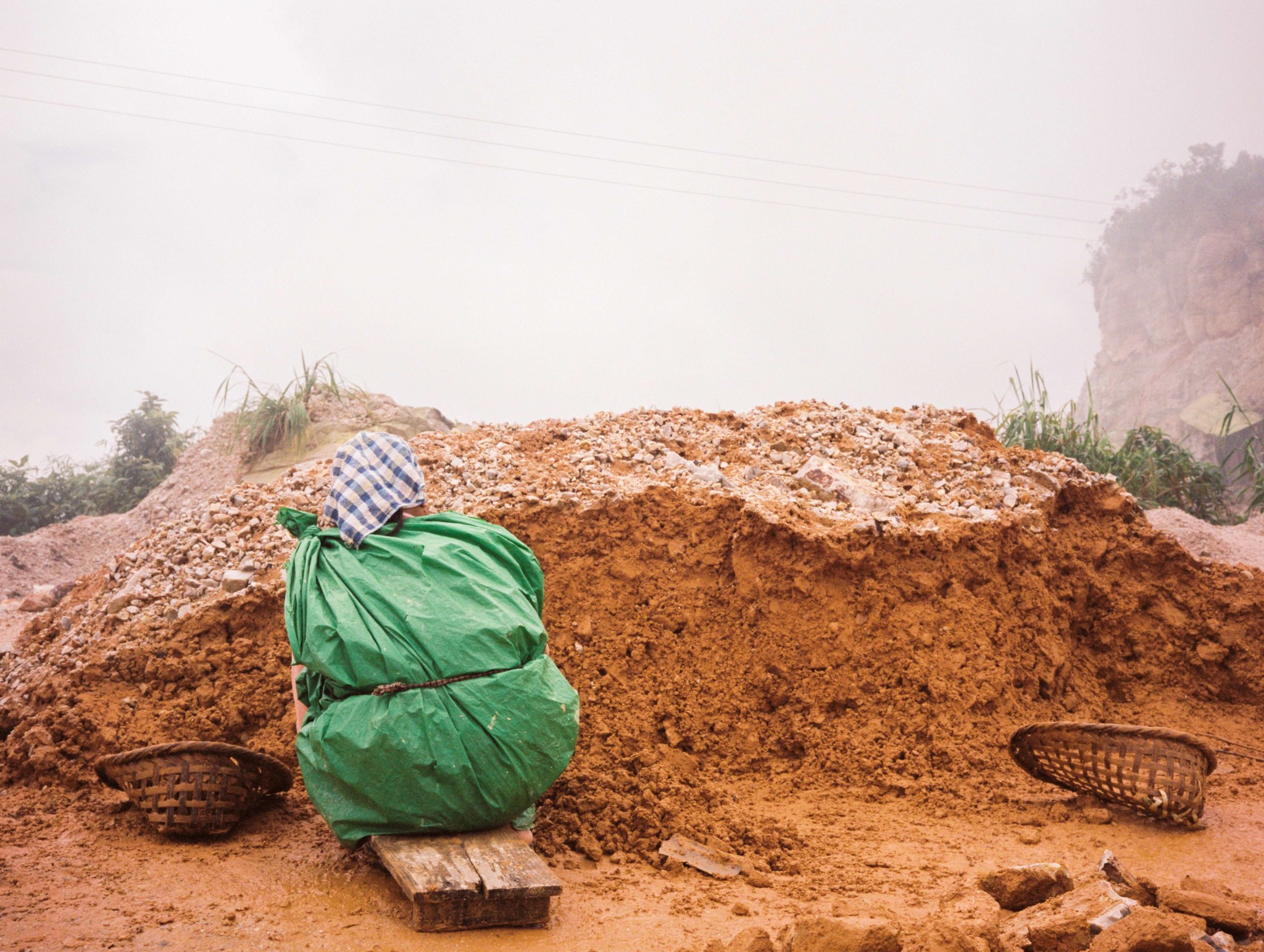 Due to the oppressive poverty of the region, the Khasi are employed to break rock by hand for shipment to Bangladesh. 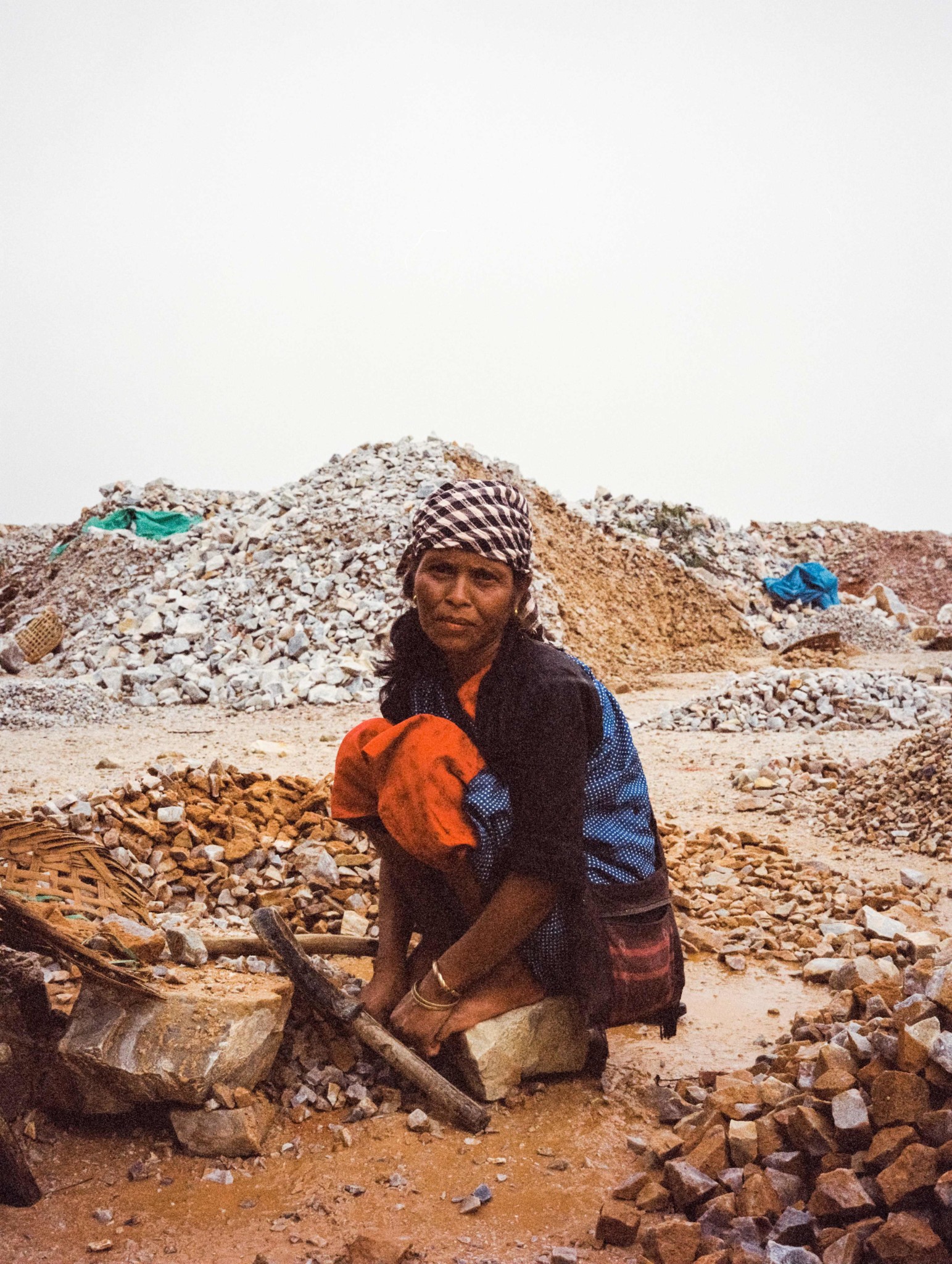 The stone is broken into different sizes by a hammer and stacked into piles. 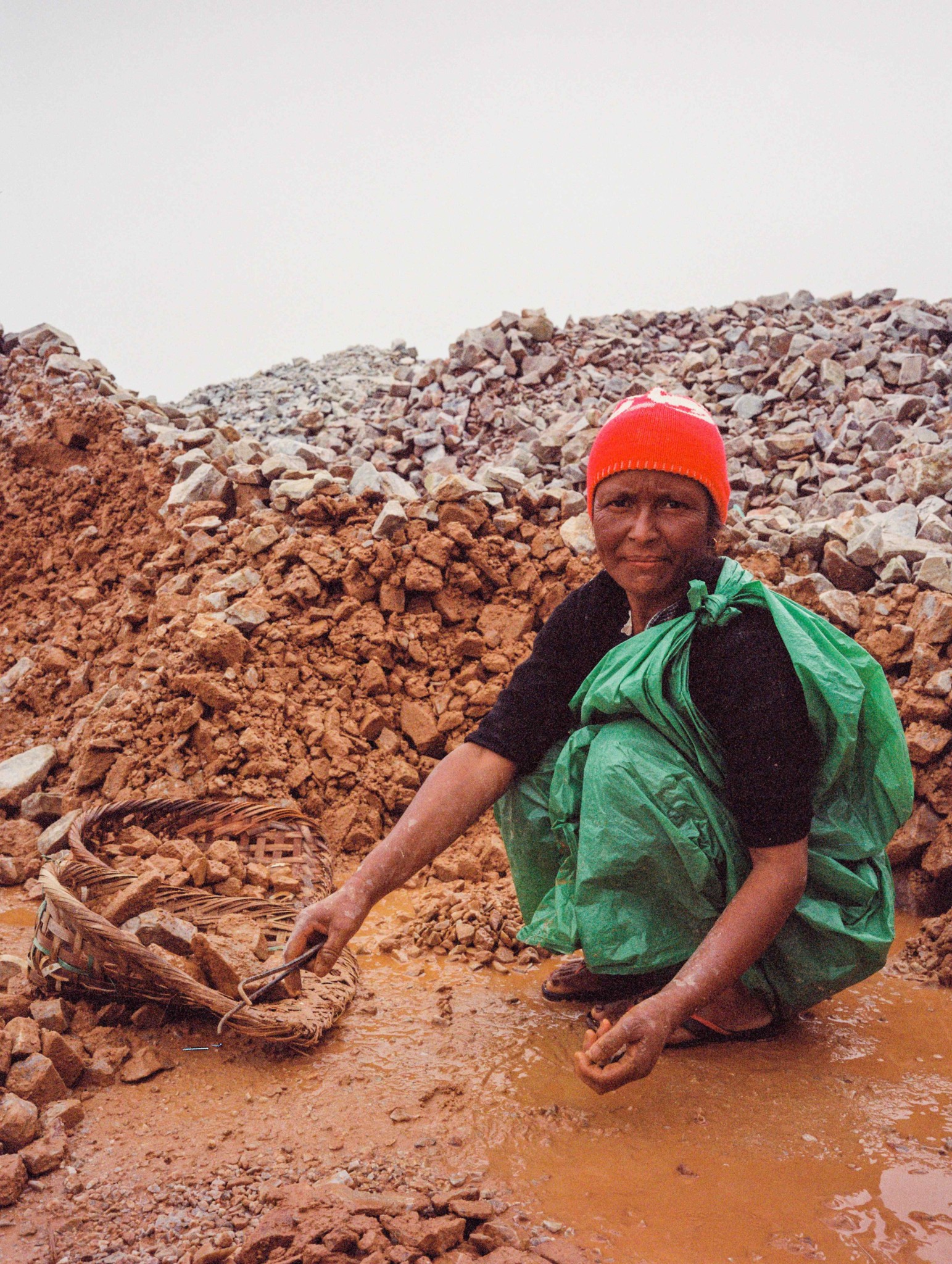 The women and children who break the stone are known as the ‘nong shain maw’, a Khasi word literally meaning ‘the people who break the rock’. 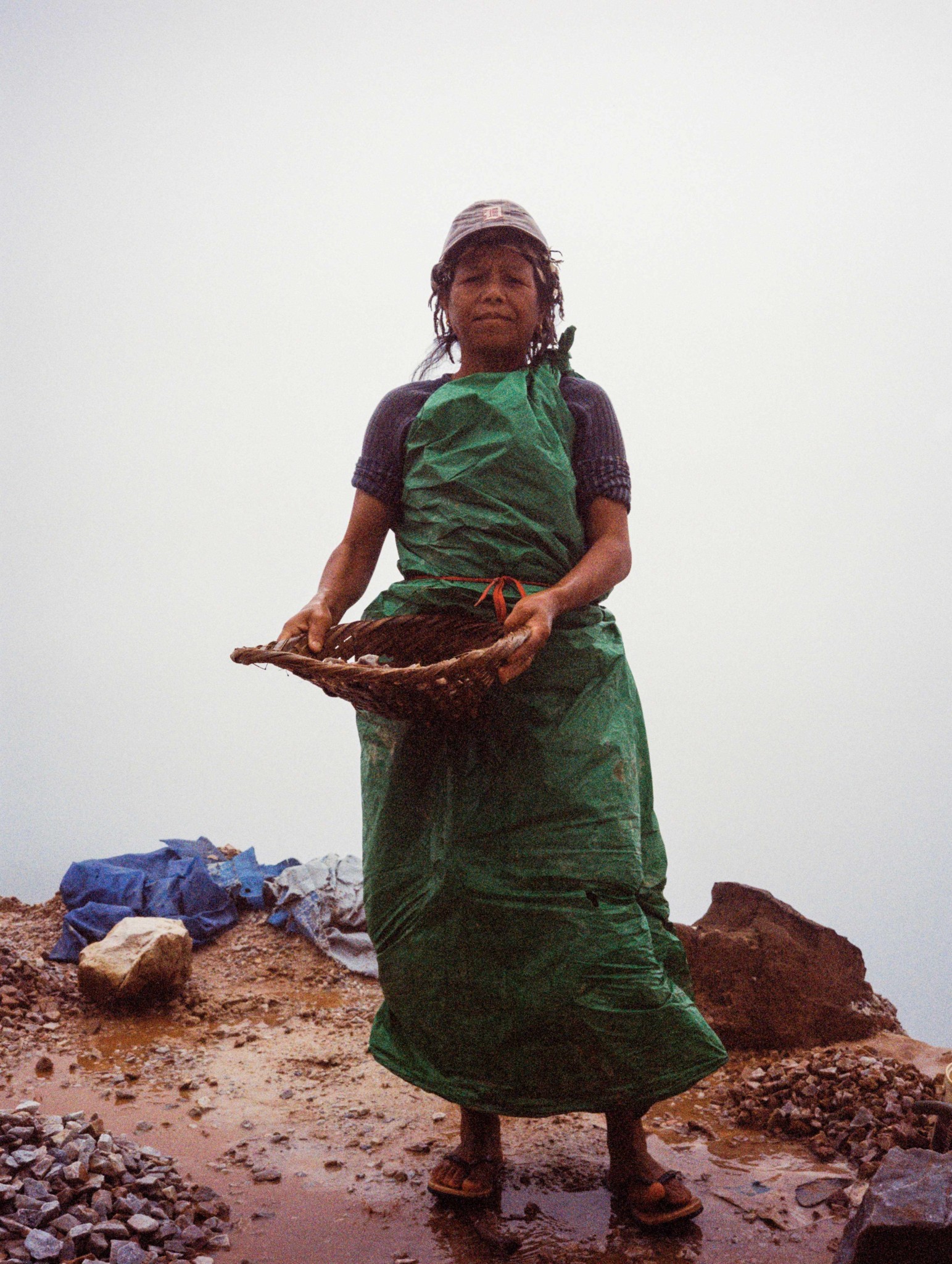 Meghalaya is one of the wettest places on the planet, and the ‘nong shain maw’ wear brightly coloured tarpaulins to protect themselves from the rain. 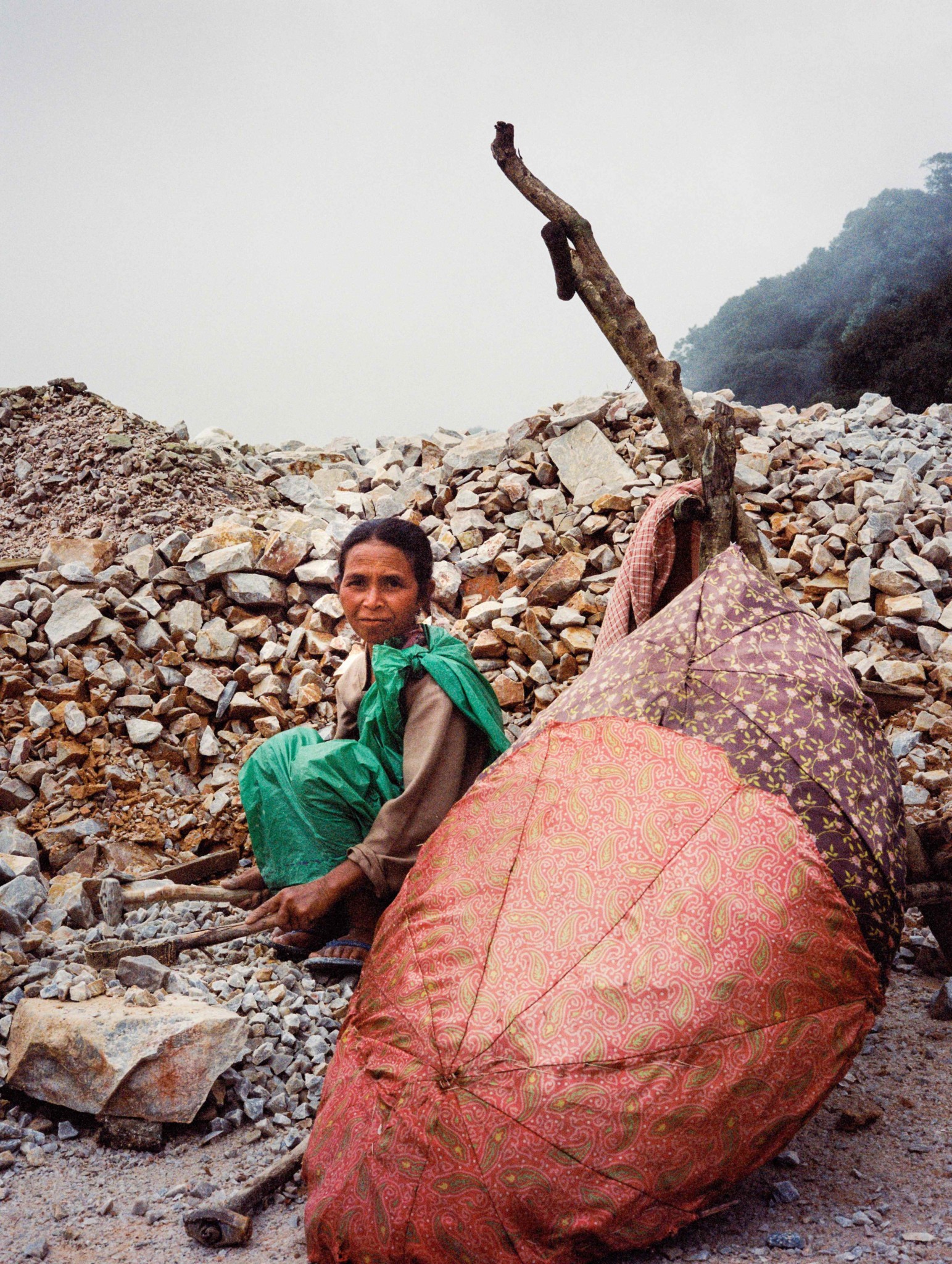 The ‘nong shain maw’ also make small shelters with which to cover themselves so they can keep working despite the persistent deluge. 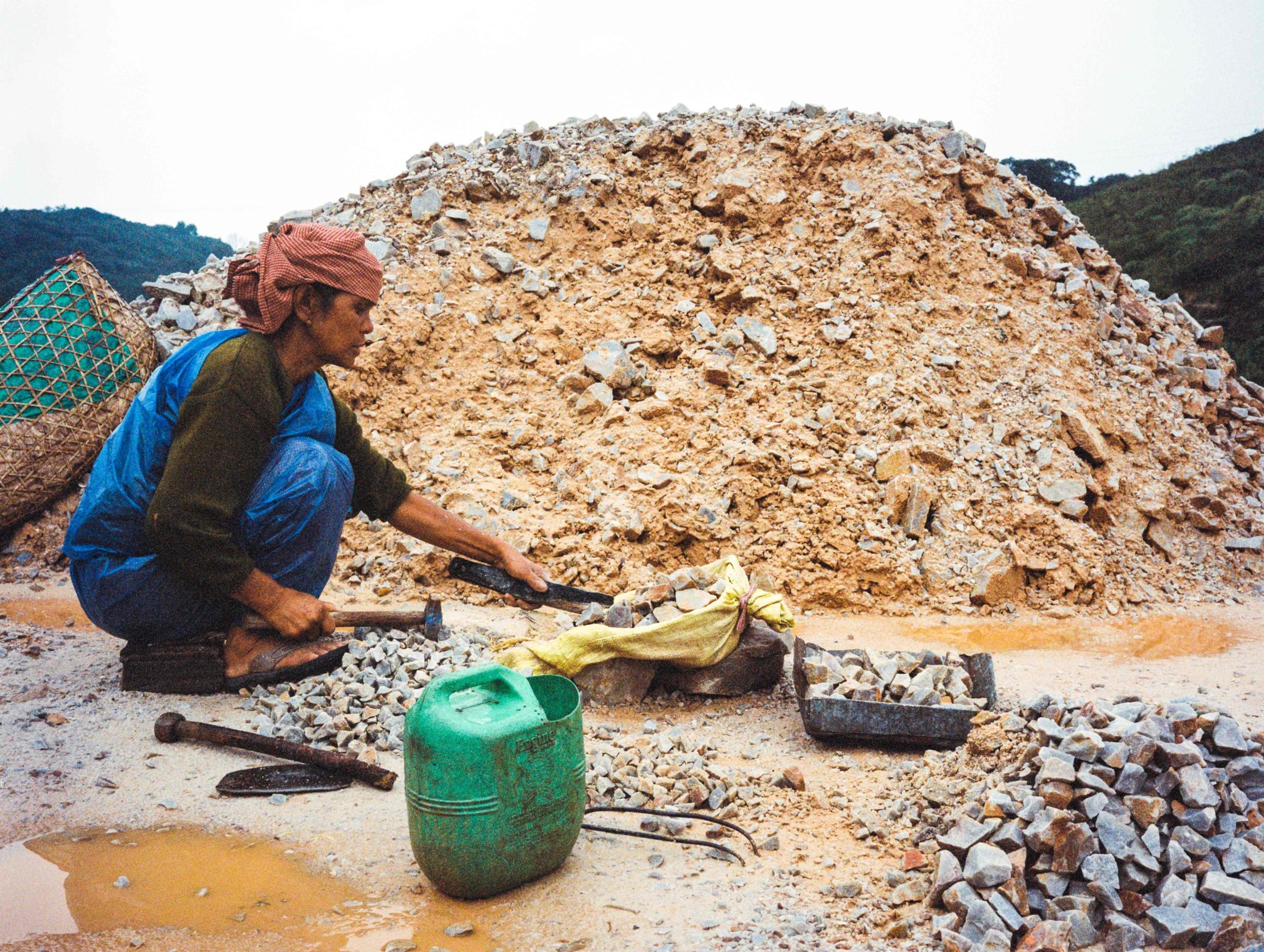 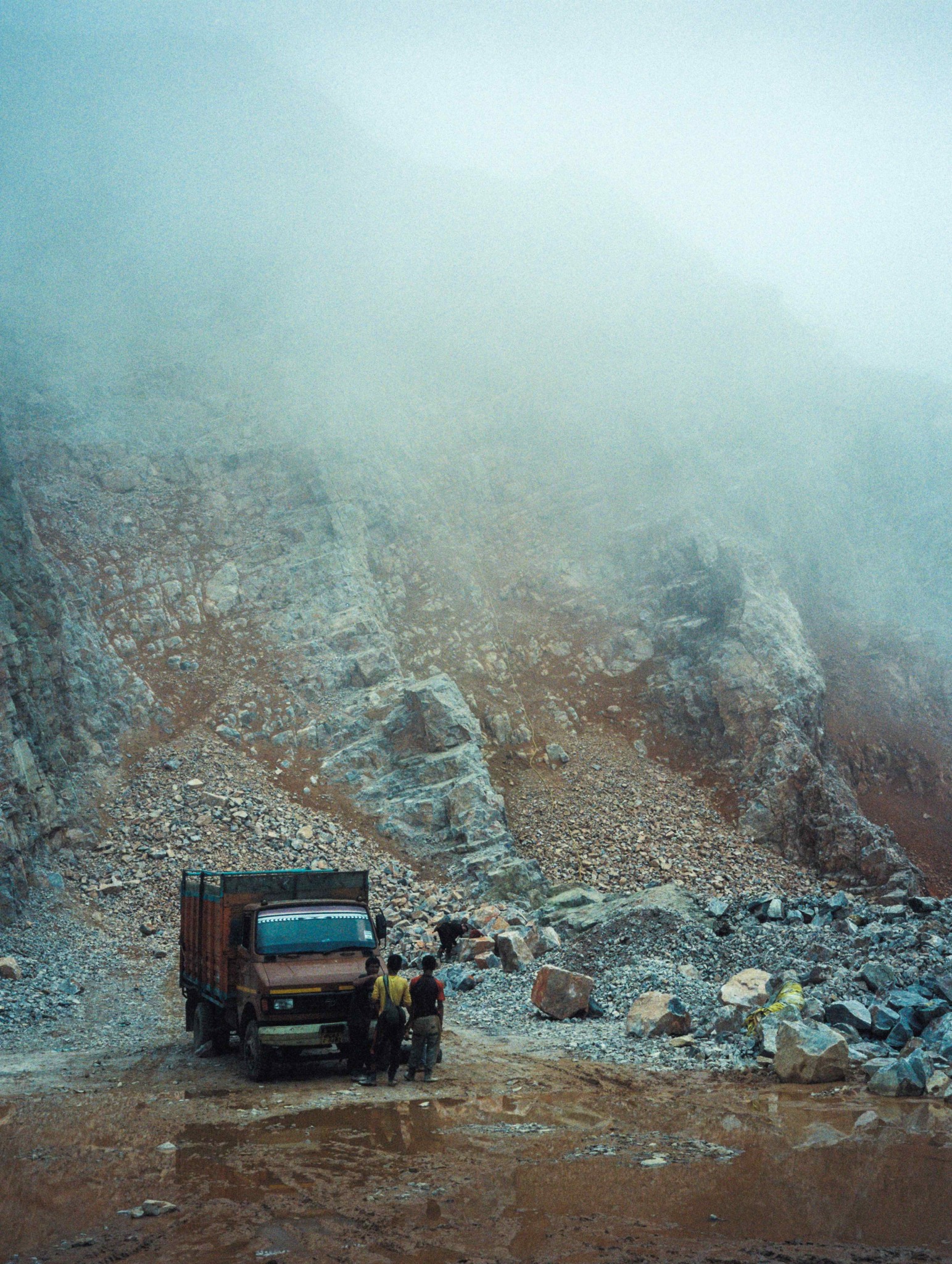 The rock – mainly limestone – is hewn from nearby quarries, and then transported to the villages to be broken up into smaller pieces. 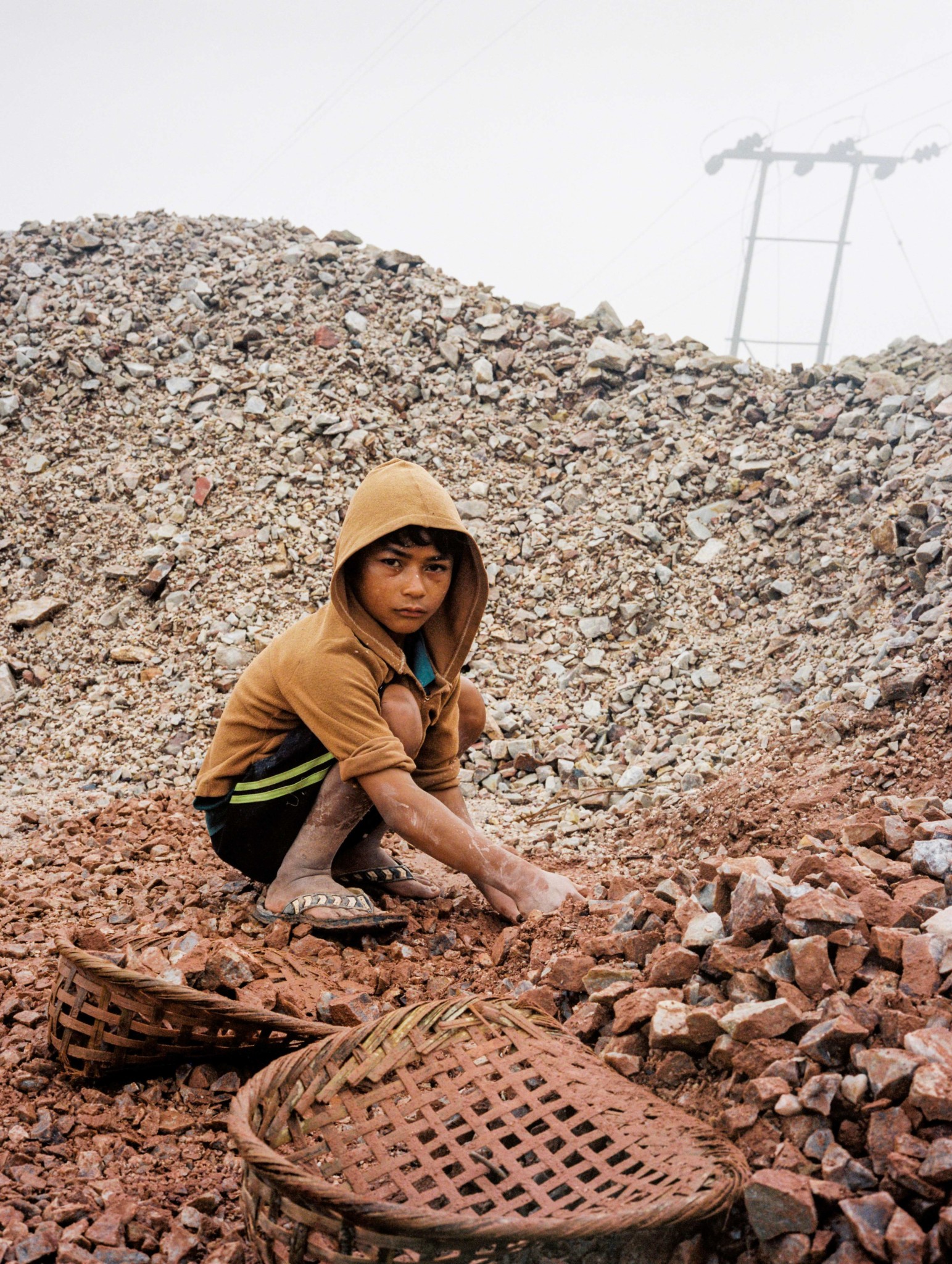 Small children are also employed to break up the rock, and no safety equipment is worn. 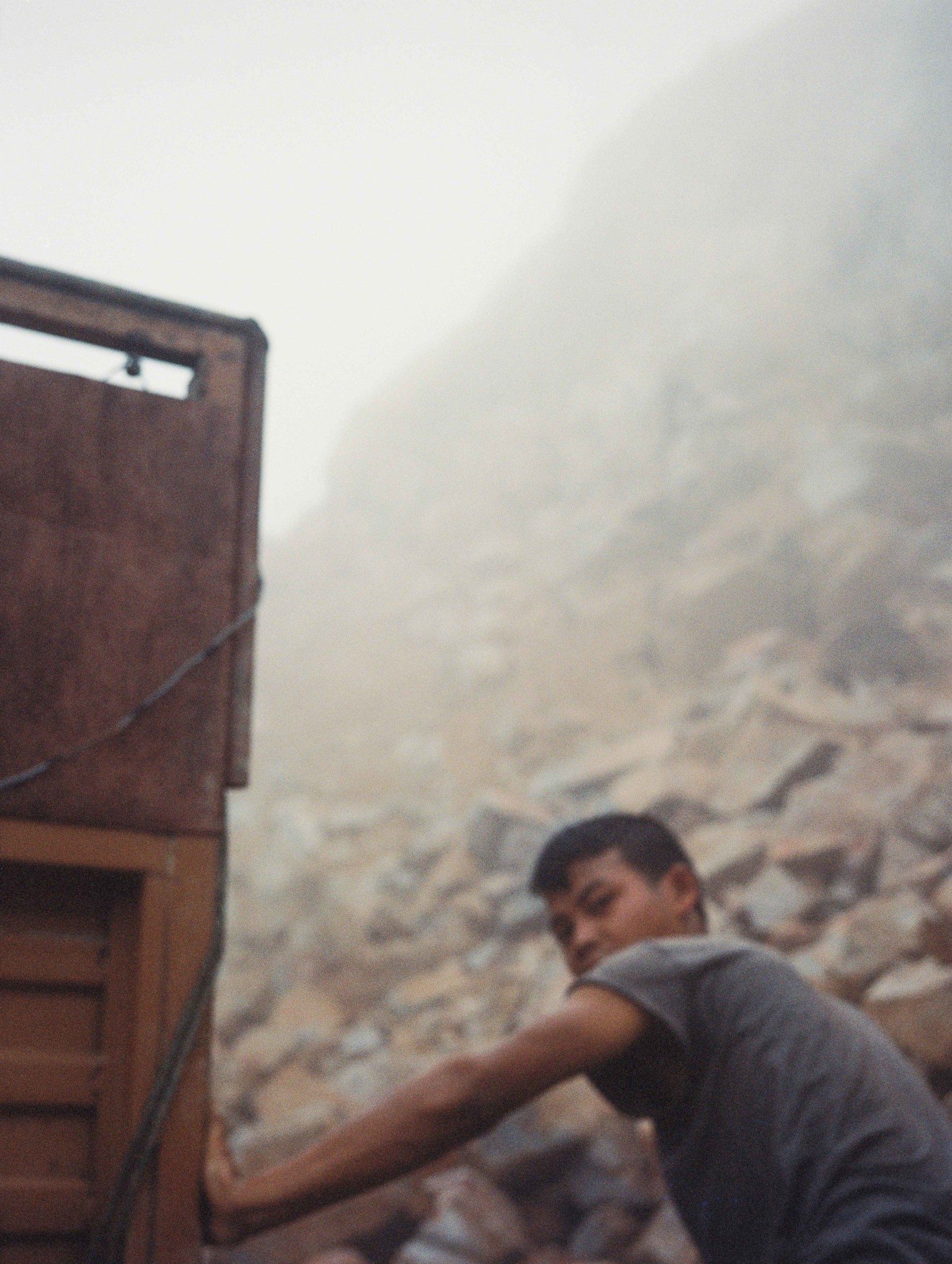 The Khasi men who work in the quarry are known as the ‘nong ti maw’, meaning ‘the people who dig the rock’. 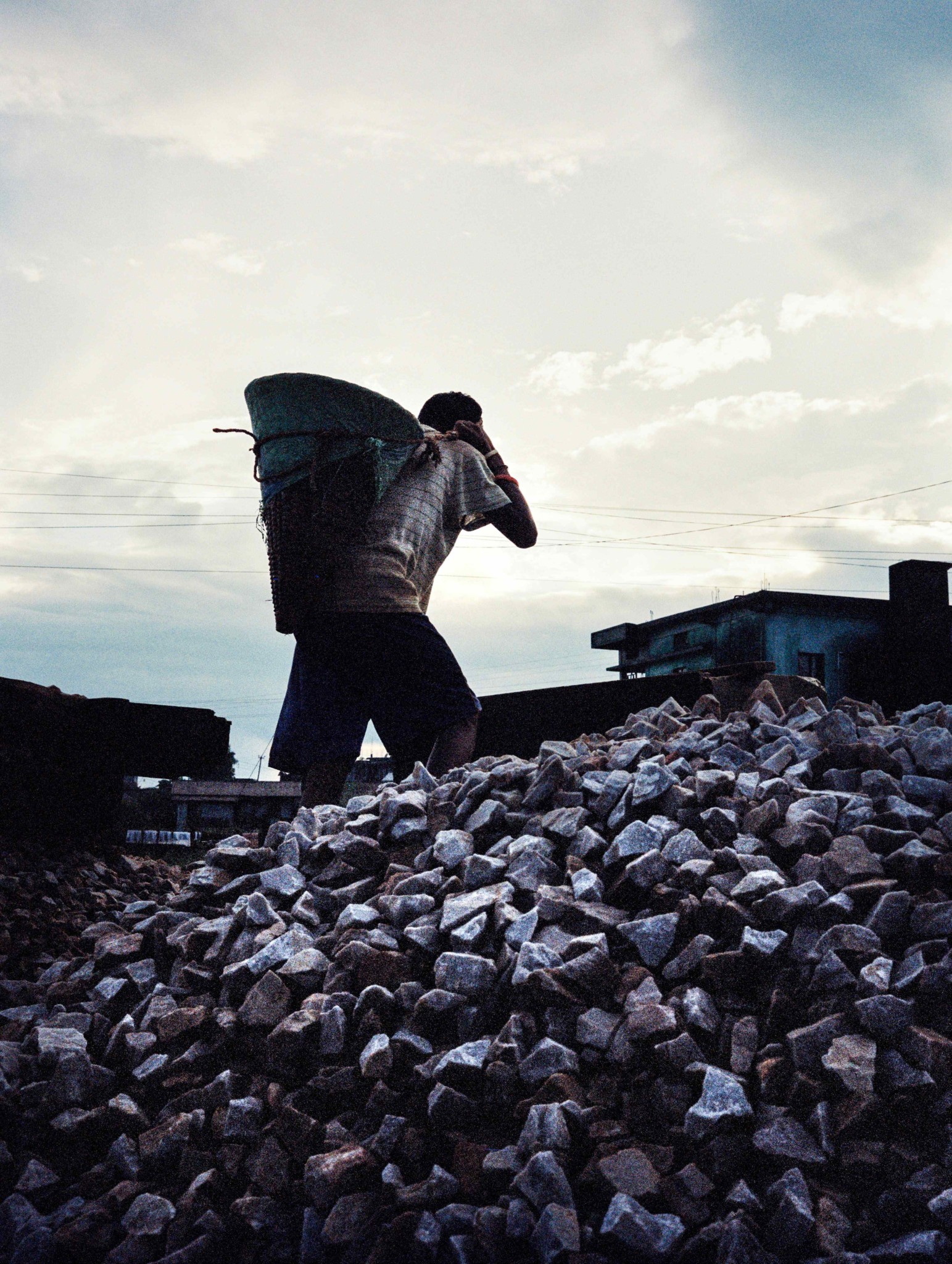 The quarry work is highly dangerous; in 2017 two men were buried alive in a rockslide. 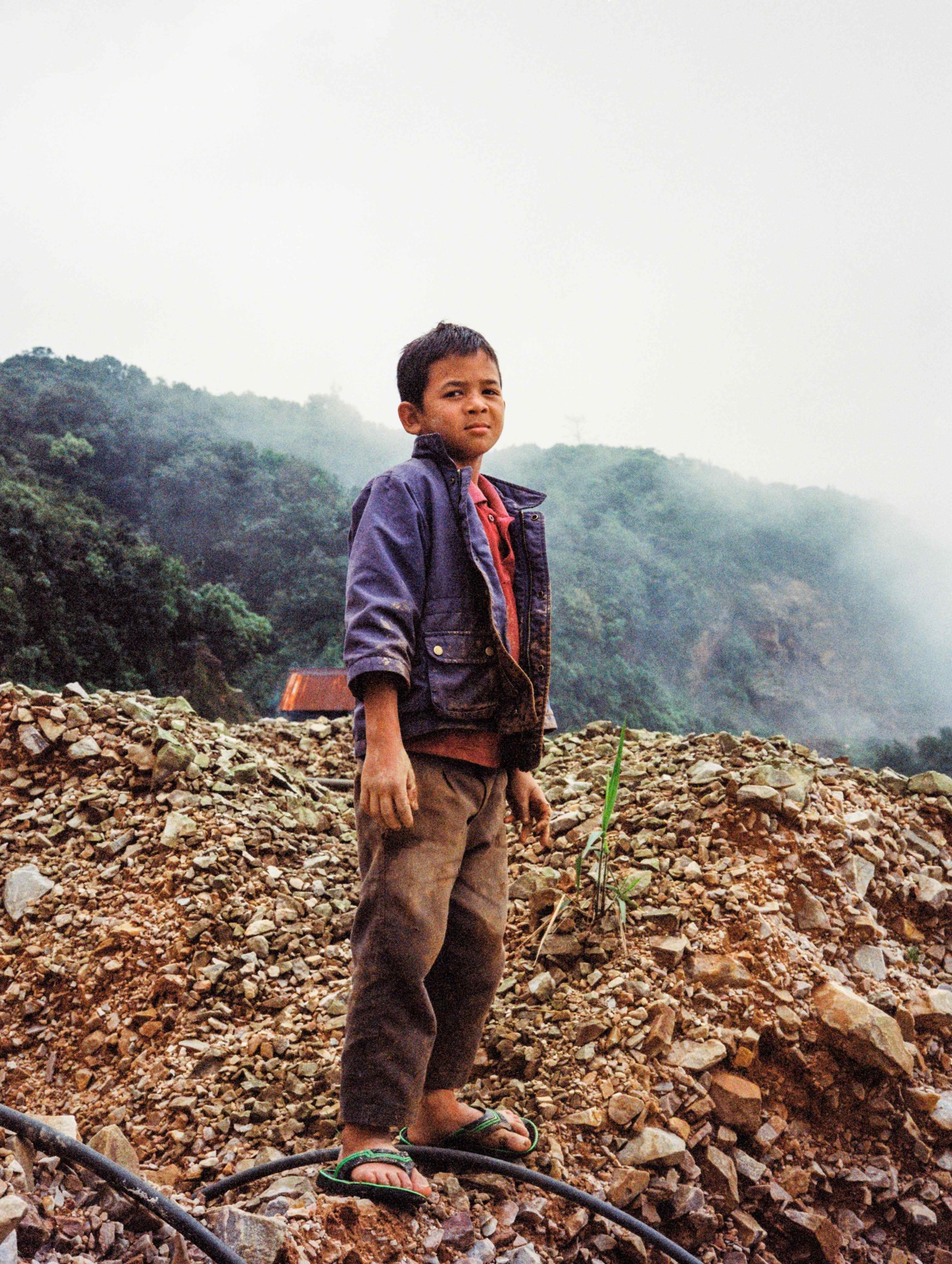 Despite being part of India, the Khasi maintain their own language, religion and traditions, and are a matrilineal society. 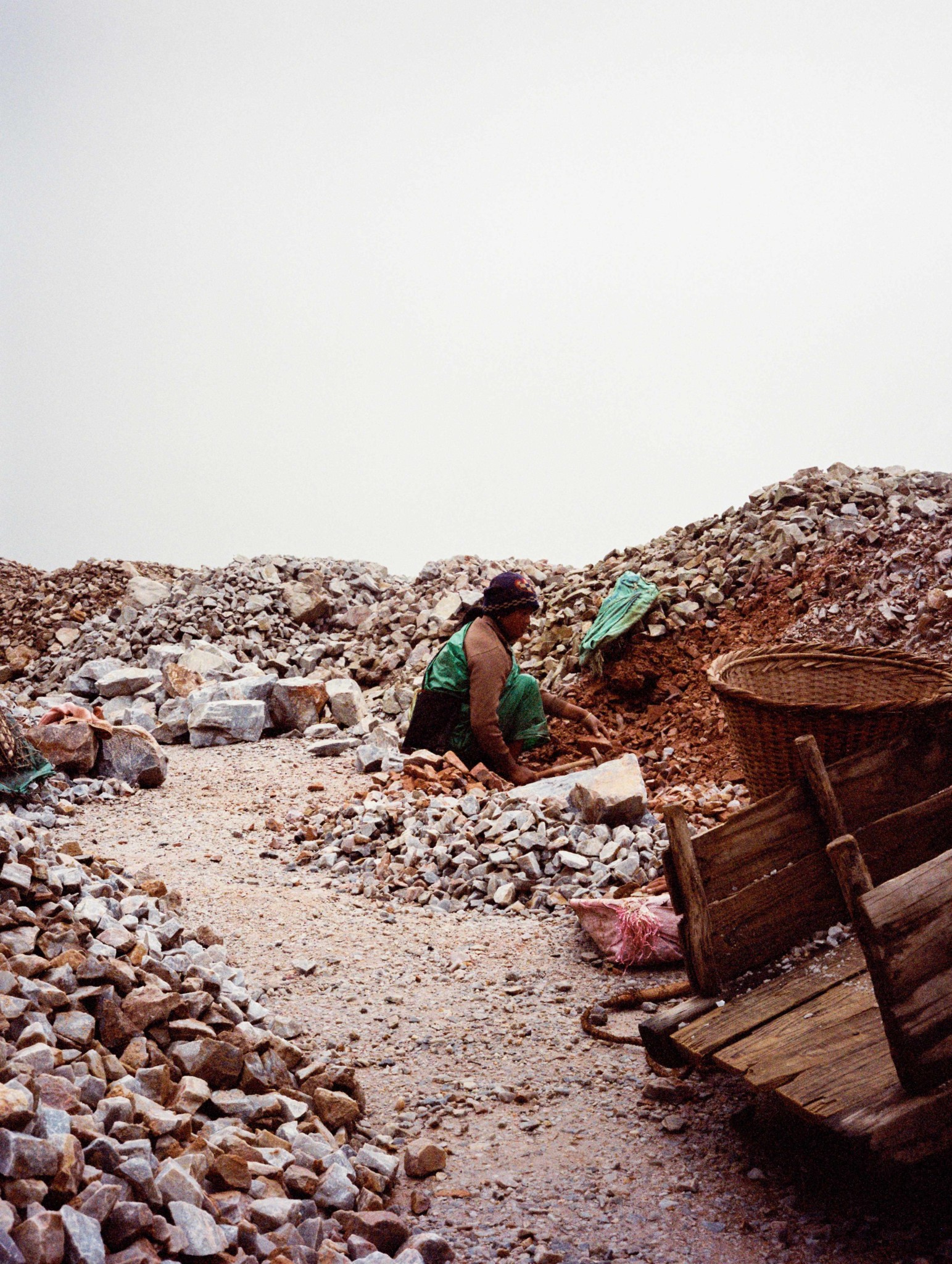 Yet the Khasi are largely ignored by the government, and little infrastructure is invested in the area. 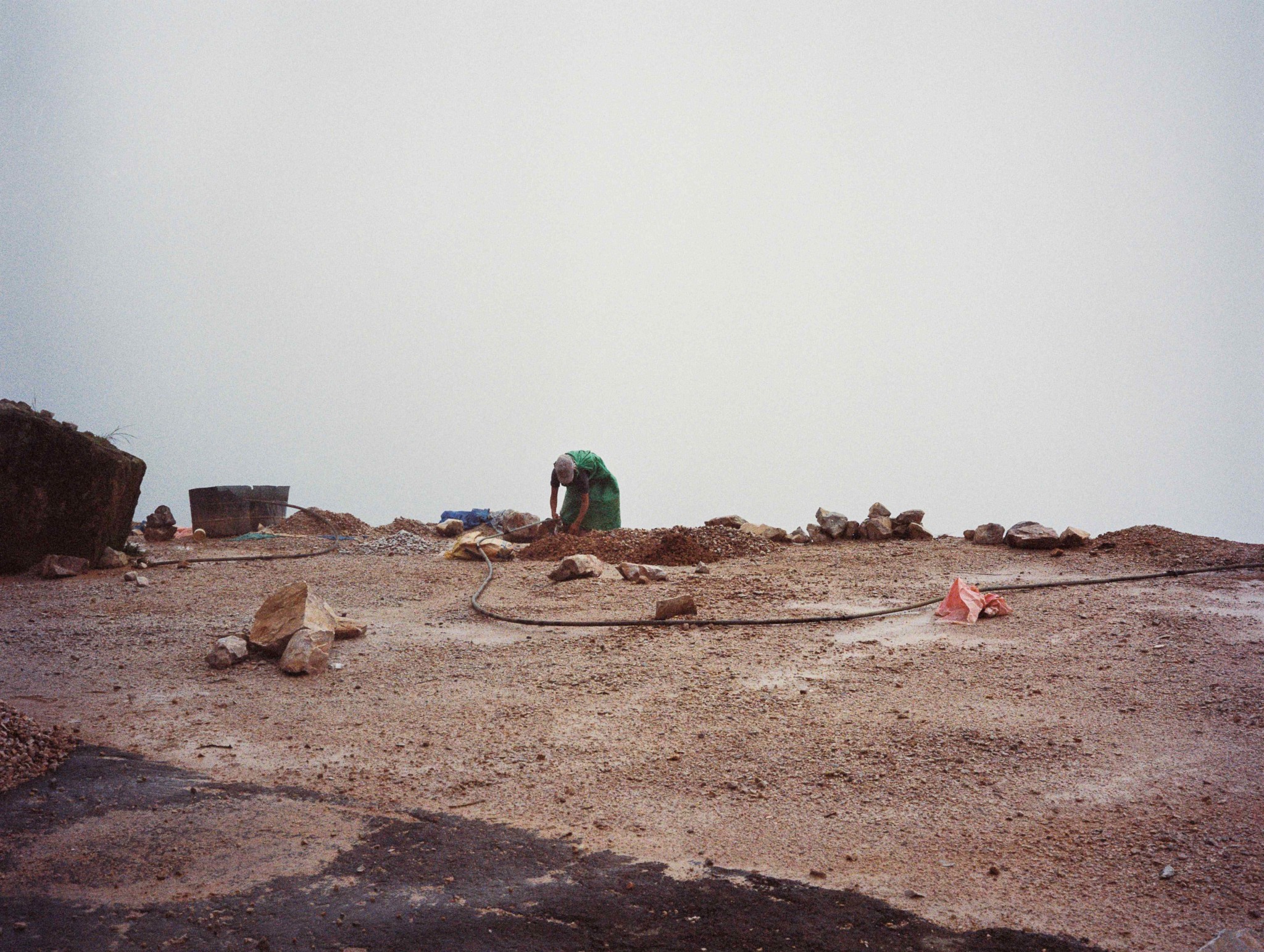 Since these photos were taken, the quarries have been closed down by the government and no further investment has been made into the area.

All photographs shot on medium-format film.