The future has always been about outer space. Now, it just may lie in outer Melbourne. Werribee, in the City of Wyndham, to be precise. Through an innovative project spearheaded by Shorna Moore of the Wyndham Legal Service (WLS), the Werribee Magistrates’ Court and surrounds may become the site for the first integrated justice precinct in Victoria.

Questions about the future build upon definitions of progress: what it means to change, to move toward a better place, and how we go about it. Progress, it seems to me, is rarely made while rapidly hurtling forward. Rather, it often seems to emerge from stopping at a point overlooked by others, observing and listening closely, then drawing new connections that had not previously been seen.

This is exactly what Shorna Moore, Senior Policy Lawyer at WLS has done through the Outer Sight Out of Justice project, by making the neglected, but crucial, link between access to justice and urban infrastructure planning.

When I got to the WLS office to meet with Shorna for an interview, I was late. This was because I had threaded circles around a tangled suburban car park nearby before arriving at my destination – a situation completely antithetical to the notion of “progress”. I marched quickly through an underwhelming shopping centre, past a loitering group of young people, and toward WLS’s modest shop-front space; dark, cramped and over-crowded behind horizontal blinds. I had heard Shorna speak about the justice precinct project a few months prior at the Community Law Centre Symposium, and had been impressed by both her professionalism and the scale of her vision. Therefore, tardiness was not ideal.

Luckily, Shorna didn’t seem to mind. As we settled into her office, she was relaxed yet attentive in a demure midnight blue shirt and jeans. She spoke with passion about the “big picture” and social change, all the while remaining alive to the more immediate demands of her work, responding to enquiries and telephone calls with grace as we talked.

On first appearances, Shorna presents more as a private sector lawyer than a community one. This may be because until relatively recently, Shorna had not stepped foot in Werribee. Prior to 2011, she was working in a litigation team of a large commercial law firm in the CBD. Yet even in this role, she was doing as much pro bono and legal volunteer work as she could, with one eye firmly fixed on transitioning to the community law sector.

In 2011, a chance presented itself. A friend introduced Shorna to Denis Nelthorpe, Manager at WLS and long-time community law sector innovator.

After a lunch meeting and a string of emails, Denis offered Shorna a position at WLS. Part of her role was a policy project: seeking to explore the lack of access to justice in the outer suburbs of Wyndham (particularly for low income and vulnerable communities), and to identify and experiment with new models to adequately meet the justice needs of the sprawling Wyndham locality.

After joining the WLS in 2011, Shorna sought to acquaint herself directly with the community that was being under-serviced. And so, over six months, she set up legal outreach clinics in community centres located in the far outer suburbs of Wyndham, and waited. 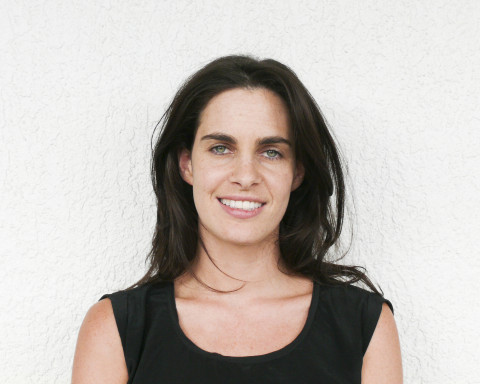 In these places she did not find an absence of legal need. Rather, she was confronted by same legal problems that WLS dealt with daily – domestic violence, infringements, housing, and debt.

The critical difference was that the people coming to the clinics were disconnected from WLS, and from many justice services, through poor infrastructure links. There was little to no public transport connection between WLS and suburbs like Truganina, Whittlesea and Wyndham Vale, with the closest Victoria Legal Aid office located in Sunshine — at least a 30 minute drive away. This meant that clients would often not seek legal advice prior to a legal hearing, and, subsequently, would appear at court either unrepresented, or receive last-minute duty lawyer advice.

There are no specialist courts or court support programs at the Werribee Magistrates’ Court. Consequently clients often have to travel to the Melbourne CBD for services such as the Enforcement Review Program, which in “special circumstances” enables the Infringements Court to impose mitigated outcomes that reflect those circumstances.

The Werribee Magistrates’ Court was built in 1980, when its catchment population was 40,000. Now, its population is around 200,000 and growing fast. Wyndham experienced the highest and fastest population growth rate in Victoria in 2013. As an outer growth area, its population has “low average incomes, poorer educational and health outcomes, high unemployment rates and high levels of youth disengagement”. It is also home to large populations of marginalised communities, including new migrants and Koori Victorians.

Shorna’s research and outreach work culminated in the Outer Sight, Out of Justice report. Launched in April 2014, she argues that justice infrastructure has failed to keep up with population growth in outer growth areas of Melbourne such as Wyndham, resulting in poor justice outcomes.

The report calls for the development of integrated justice precincts in order to better service these communities. It is suggested these precincts be “one stop shops” and include a new Magistrates’ Court with specialist courts and services, a Victoria Legal Aid Office and other Department of Justice services, a police station, a Community Justice Centre, and “facilities required to assist local residents to engage with the civil and administrative justice system, such as regulators”. The state government has since confirmed that the land behind the Werribee Magistrates’ Court has been set aside for a justice precinct.

Since the report was released, Shorna has been a key player in establishing the Wyndham Integrated Justice Precinct Advisory Group, which brings together key stakeholders responsible for the development of the precinct project: WLS, Court Services Victoria, Department of Justice, Victoria Police, the Metropolitan Planning Authority, Victoria Legal Aid, Federal Circuit Court of Australia and Wyndham City Council.

In April 2015, the Victorian Treasurer and Minister for Infrastructure announced the Victorian government would provide $30,000 to Wyndham City Council to fund the next stage of the project – service planning. Shorna is one of the consultants that will be working on the project.

When I asked Shorna what skills community lawyers need to effectively recognise and respond to the systemic issues that arise in their casework, she responded with: “A lot of passion. And to really understand why you’re doing it.”

I couldn’t agree more. Luckily for the people of Wyndham, Shorna has passion in bucketloads. And the integrated justice precinct project is definitely one to keep an eye on.