SeaWorld announced in March it was officially phasing out its orca captive-breeding program, capping off a series of setbacks including dwindling ticket sales, declining share values, dropped corporate sponsorship, and the withdrawal of support from musicians and celebrities. Undoubtedly, what had instigated these was the 2013 documentary Blackfish, which tells the harrowing story of Tilikum, a SeaWorld orca responsible for three human deaths.

Blackfish’s creators are not the first to have catalysed change through cinema. In 2004, Michael Moore won the Palme d’Or at Cannes for Fahrenheit 9/11, which criticises George W. Bush’s presidency – particularly his “War on Terror”. Despite its tough questions and unpalatable allegations, it remains the highest-grossing documentary of all time, having amassed US$119 million globally. There’s also An Inconvenient Truth, which expounds on former US vice-president Al Gore’s efforts to combat global warming. Using this Oscar-winning film’s revenue, Gore and his team founded The Climate Reality Project, a not-for-profit focusing on climate-change-related education and advocacy.

This year’s Academy Award winner for Best Documentary Short, A Girl in the River: The Price of Forgiveness, tackles the scourge of honour killings in Pakistan. Following its success, Prime Minister Nawaz Sharif expressed commitment to “rid Pakistan of this evil by bringing in appropriate legislation”. 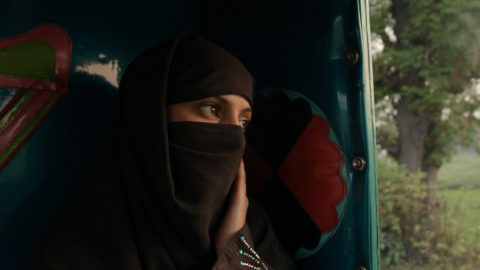 Saba Qaiser is the subject of the award-winning documentary A Girl in the River.

In her Oscar acceptance speech, A Girl in the River director Sharmeen Obaid-Chinoy emphasised cinema’s transformative power. Similarly, the mission statement of the Human Rights Arts & Film Festival (HRAFF) asserts that filmmakers “hold a mirror to the uneasy truths of our times and reflect our stories”. It’s well established, as cognitive psychologist Jerome Bruner has found, that storytelling is one the most effective means of broaching “heavy” topics. And, as stressed by a 2014 report for documentary festival Hot Docs, leaving an impression on viewers is a powerful first step in inspiring action.

Last year, HRAFF opened with I Will Not Be Silenced. The documentary chronicles Charlotte Campbell-Stephen’s seven-and-a-half-year fight for justice after she was gang-raped in Kenya, a significantly patriarchal country where abuses against women are rarely reported, let alone brought to court. Campbell-Stephen furthers her cause via the Polycom Development Project, which educates and empowers young Kenyan women. But, as The Guardian reported, the film was also screened by Kenya’s Chief Justice Willy Mutunga to 400 legal practitioners; he assured Campbell-Stephen, “This is all I need to change the system.”

No piece of art ever just reflects reality:
what we see is always re-presented through the eyes of its creator.

It’s undeniable that – by tapping into cinema’s immersive storytelling capabilities, and with the right message – films have immense potential to alter audiences’ mindsets. The specific metrics used to quantify the impact these films have had on viewers and broader society is beyond the scope of this piece, but numerous attempts, notably those by The Fledgling Fund and The Participant Index, do exist. How this impact is achieved, too, varies – media organisation Active Voice Lab has identified five “types” of social-change art, each with a different goal and method (amusingly, each is named after a horticultural tool). 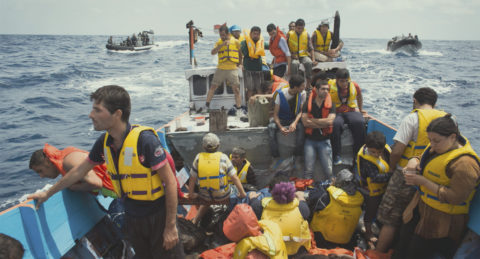 This year’s HRAFF program comprises 31 features and 25 shorts. How will opening-night film Chasing Asylum, which includes never-before-seen footage of Nauru and Manus Island, change minds – from layperson to legislator – on asylum-seeker issues? In what ways will They Will Have to Kill Us First and Prison Songs inspire viewers, through tale and tune, to help those afflicted like the documentaries’ subjects in Mali and at the Northern Territory’s Berrimah Prison? How will GTFO and Out to Win continue to challenge the pervasive misogyny and heteronormativity in, respectively, games and sport?

When Plato warned against art as a distraction from the real world’s deeper concerns, what he inadvertently did was highlight creativity’s relationship to individual lived experience. Each artwork is inherently blinkered – reliant on the subjective processes of selection and exclusion, merely providing snapshots of the “big picture”. Every frame captured, every tale told on screen, is restricted to a particular perspective. But I’d argue that’s not a bad thing. No piece of art ever just reflects reality: what we see is always re-presented through the eyes of its creator. This means all art is, therefore, “real” – we’re compelled to adopt the reality, the world, of another person.

Beyond teaching us about refugees or sexism or animal cruelty, art that aspires to make a difference develops empathy. Rather than distracting us, these films – whether as (in Active Voice Lab’s schema) “Rakes” that paint broad brush strokes or “Shovels” that unearth buried truths – force us to confront realities we may not (want to) know about, and to walk in the footsteps of people we may not otherwise encounter. Engaging with art is, in novelist and philosopher Iris Murdoch’s words, a process of “unselfing”.

Some of the most disruptive acts gnaw at the superstructure from its foundations. As in the case of SeaWorld or Kenya’s women, transformation can occur, even if slowly, because the existing system is destabilised and rebuilt differently. It all begins with individuals seeing what can be changed.

This column has been assisted by the Australia Council for the Arts. It has also been co-published with the Human Rights Arts Film Festival.