When I first met Riley, his Year Seven English teacher made him practice writing the alphabet for an entire period. His handwriting was a bunch of letters resembling a giant blob.

His Maths teacher said he couldn’t read an analogue clock or do basic times tables. In English he couldn’t complete a sentence or answer a question that required more than a yes or no answer.

Once, when doing a writing activity where he had to brainstorm people he admired, he wrote a list of 10 names: each one a different pet cat, an entire family of them, living at his flat.

Staff at the school became extremely concerned about Riley. We applied for testing through the education department to get him an integration aid.

In order to qualify for an integration aid, you need to have a severe physical or intellectual disability. We believed Riley might have an intellectual disability, but were unsure what the testing might reveal. It’s an incredibly frustrating process, as students who score one or two points above an arbitrary number are deemed too functional for extra support.

The testing showed that Riley has average intelligence – in other words, he passed. He was found to be like most kids who go to school: passing, but struggling to keep up.

While Riley was found not to have an intellectual disability, it was obvious his dysfunctional home life was having a serious effect on his ability to perform at school – which his educational psychologist attributed to his diet.

At 14 years of age, Riley is unable to stomach fruit and has a diet predominantly made of processed foods. His diet has a huge effect on his ability to learn. He lacks the patience, concentration and focus to function in class, meaning he isn’t able to reach his potential and achieve success at school.

His dysfunctional home life certainly doesn’t help, which includes an intellectually disabled older brother and a younger brother with type 2 diabetes. Riley’s diet, as well as that of his family, is increasing the social and economic divide that education aims to close.

In 2014, the Murdoch Children’s Research Institute conducted a study of 5000 Australian children. The study found that children from disadvantaged families are more likely to become obese adults than the children of higher income earners. But it’s not only about body weight: how can a young student like Riley succeed in school if his substandard diet affects his ability to learn? 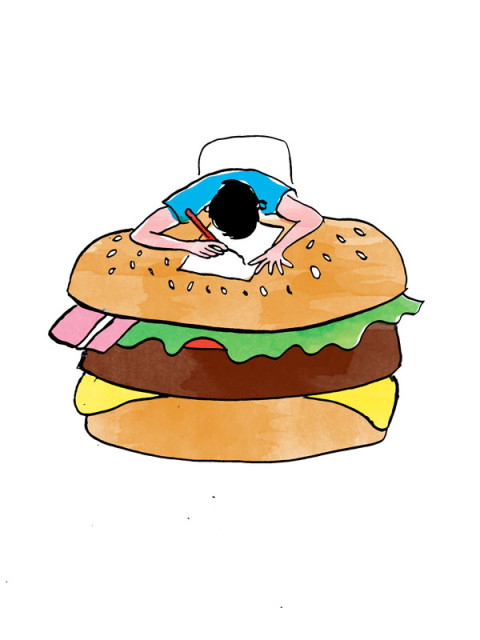 Food security is defined as the ability of individuals, households and communities to acquire food that is healthy, sustainable, affordable, appropriate and accessible.

Dr Cate Burns, a lecturer in Public Health and Social Nutrition at Deakin University, recently published a report on the link between poverty, food insecurity and obesity in Australia.

Her research found certain demographics within the Australian community in Australia are more susceptible to food insecurity – including unemployed people, single parent households, low-income earners, rental householders and young people. The report also found that food insecurity is a major concern for children, as it can negatively impact outcomes for children in the short and long-term. Particularly children like Riley.

Although I work with children who often don’t have enough to eat, I didn’t realise the extent to which people experience food insecurity in Australia.

According to Dr. Burns, the extent of emergency food relief in Australia is gigantic, demonstrated by more than $12 million worth of emergency relief in 2003, distributed by Victoria Relief and The Salvation Army alone. And although, as Dr Burns notes, the relationship between poverty and food insecurity is a complex one, many of the people who are experiencing the inability to source and eat nutritious food are isolated from their community.

SecondBite is a not-for-profit organisation that exists to provide access to nutritious food for people in need across Australia. They do this by rescuing and redistributing surplus food, building community capacity in food skills and nutrition, and advocating for an end to food insecurity. Food is donated by supermarkets, markets, growers, wholesalers, and food manufacturers and redistributed throughout the community.

Jessica Barry, a nutritionist currently delivering nutrition education programs for SecondBite, tells me that there are people in Australia who cannot easily access, afford or utilise healthy, sustainable food in Australia. In an effort to support community members and community food programs, SecondBite have developed two nutrition education programs (FoodMate and Fresh NED) which aim to build the capacity of staff and volunteers to work within the community. They run several programs (including FoodMate and Fresh NED) in order to educate community members on nutrition and fresh food as well as improve access to nutritious food.

Through the FoodMate program, Barry works with community organisations who support people having trouble accessing and utilising food. One of the aims of the program is to establish community connections for people in these at-risk groups to navigate their local food environment. Barry says, “Nutritious food is a right. Everyone has a right to access sustainable, safe sources of food to meet their nutritional needs.” 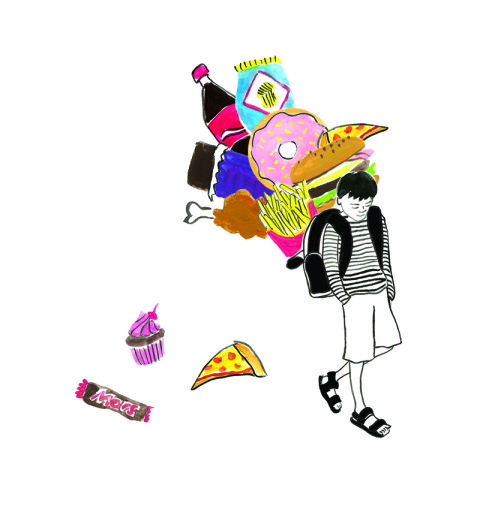 While preventative health is currently on the Australian Government’s agenda, how it is realised is another issue altogether. Prevention is currently the name of the game in national and state policy, but the sheer scale of the problem (coupled with its complexity) means direct, focused action is slow and inadequate.

Organisations like SecondBite, with their community-scale focus, are much better placed to create real change for more people.

In her report, Dr Burns also notes that geographical isolation – such as living in an area without a car or poorly organised public transport to retail centres – can confine disadvantaged people to buying food where there might be less choice and higher prices. This shows how organisations like SecondBite are becoming even more important to ensure people are connected within a community and have access to nutritious food.

Food brings people together as they share knowledge, skills and enjoyment through cooking and eating. Learning about nutrition gives people a sense of achievement and a direction towards looking after their own health.

Schools play an important role in teaching students like Riley about food. Learning about healthy eating and nutrition are major parts of the curriculum in Health and Food and Technology classes, for example. But it’s also essential that outside of school, his family and wider community have both the requisite knowledge and access to food security. Schools can only do so much.